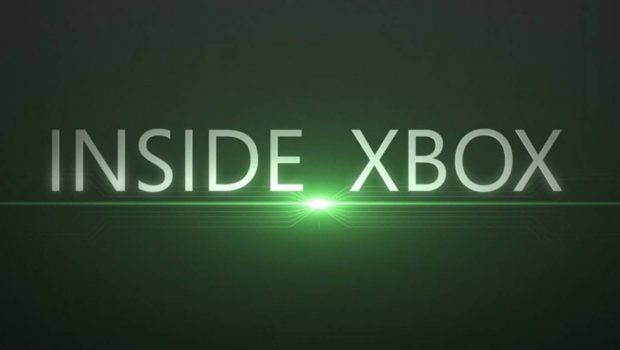 Today, on our February episode of Inside Xbox, we gave fans a closer look at the highly anticipated Xbox One exclusive Crackdown 3, talked to the creative talent behind Tom Clancy’s The Division 2, revealed new titles coming soon to Xbox Game Pass like Shadow of the Tomb Raider and de blob, unveiled a hot new Xbox One controller, and much more. For a full recap, read on below or watch the replay of Inside Xbox episode above when the VOD is available.

Matt Booty shared we are changing the name of our game development organization from Microsoft Studios to Xbox Game Studios. In his words: “At Xbox, we believe when everyone plays, we all win. It’s why we’re passionate about building a portfolio of games for players across console, PC and mobile. As we’ve expanded our focus beyond the console, the Xbox brand has also evolved from its original roots. Today, Xbox is our gaming brand across all devices, no matter how or where you want to play, or who you want to play with.” Check out our full Xbox Game Studios announcement post for more information.

Bringing the Boom in Crackdown 3

Crackdown 3 is nearly upon us, so the team took a couple of in-depth looks at the game with some very special guests. In addition to an interview with Creative Director Joseph Staten, Crackdown 3 star and all-around great guy Terry Crews joined us from LA to chat about his role and how he infused his trademark personality and energy into the game. To top it off, we revealed the official Crackdown 3 launch trailer, giving fans a final taste of the game’s boom-infused playground across both campaign and Wrecking Zone. Crackdown 3 will be available starting February 15 on Xbox Game Pass and for Xbox One and Windows 10 PC, so get ready to cause some mayhem!

Complete Your Crew in Sea of Thieves

Ahoy mateys! Rare’s action-packed pirate game is better than ever thanks to a bunch o updates and one of the strongest communities in game, so now is the perfect time to bring more players aboard. On today’s show, we announced that the Sea of Thieves Friends Play Free program will be starting on February 6. All existing players will be able to log in to the Sea of Thieves website to get three codes that they can share with their friends who don’t already have the game. Those friends will be able to play until February 13, and everyone can enjoy a special, limited-time voyage featuring a high-value reward and unique cosmetics. For complete details, click through to our Sea of Thieves Friends Play Free announcement post. All aboard!

Xbox Game Pass Gets Even Better

The monthly Xbox Game Pass announcement is always one of our biggest news beats, and we’re happy to share that this month’s lineup features some truly excellent games. One of 2018’s best games is hitting the subscription service, as Shadow of the Tomb Raider brings Lara Croft’s action-packed trilogy to a close. She’s joined by Clementine, one of our favourite characters from The Walking Dead – Season One, and everyone’s favourite amorphous lump, de Blob. For complete details, take a look at our Xbox Game Pass February games announcement post.

Today, we announced two new bundles with Tom Clancy’s The Division 2 joining the Xbox One family. Pre-order the 1TB Xbox One S ($349) or the 1TB Xbox One X ($649) Tom Clancy’s The Division 2 Bundle, and experience the ultimate RPG open-world action shooter set in Washington D.C., where exploration and player progression are essential to survival. Jump in on Xbox One and see how the dynamic environment combines the series’ core authenticity with tactical decisions, trading and more.

Both bundles feature an Xbox One console, 1TB hard drive, an Xbox Wireless Controller, a full-game download of Tom Clancy’s The Division 2 and 1-month trials for Xbox Game Pass and Xbox Live Gold. Additionally, as part of the Xbox One family, you can enjoy features like a built-in 4K UHD Blu-ray player, 4K streaming with High Dynamic Range and Dolby Vision, and premium audio with Dolby Atmos and DTS:X support. Plus, Tom Clancy’s The Division 2 is specifically enhanced for Xbox One X so you can experience immersive true 4K gaming with 4K Ultra HD with HDR and Dolby Atmos support. Pre-order now; arrives in stores starting March 15, 2019.

The announcement of new Xbox controllers is always a big deal for our fans and collectors, so they’ll be happy to hear that we revealed a brand-new controller on today’s show. The Xbox Wireless Controller – Sport Red Special Edition is vibrant red and features metallic accents, rubberized diamond grip, and built-in Bluetooth technology for gaming on Windows 10 PCs and tablets. For more information, give our Xbox Wireless Controller – Sport Red Special Edition announcement post a read!

Jumping In With Jump Force

Fighting game fans rejoice! Jump Force, the upcoming battler featuring combatants from the Shonen Jump universe, will be releasing soon, and we were lucky enough to be able to reveal some new characters. Jotaro and DIO from JoJo’s Bizarre Adventure will be coming to the game, and we can’t wait to see how Stand users stack up against the competition! The team also shared that they plan to keep the game as fresh as possible in the months following its release, thanks to new costumes and stages that will be given to fans for free.

A New Fighter in Mortal Kombat 11

The latest entry in the world’s most brutal fighting game has been announced, and our team was on the ground at the recent unveil event to take a good look at the carnage. What’s more we are now able to reveal that D’Vorah is returning in Mortal Kombat 11. She is a half-human, half-insect fighter who is aligned with Kotal Kahn, the ruler of Outworld. She was first introduced in Mortal Kombat X, where her swift, vicious moves made a (deep) impression on her enemies.

Inside the Minds Behind Journey to the Savage Planet

One of the biggest announcements at The Game Awards, Journey to the Savage Planet takes players to an alien world on which everything isn’t always as it seems. We went behind the scenes at Typhoon Studios to see first-hand what it takes to leave security behind and set out to build both a studio and a brand-new franchise from the ground up.

We hope you enjoyed the show, and we’ll see you next month!