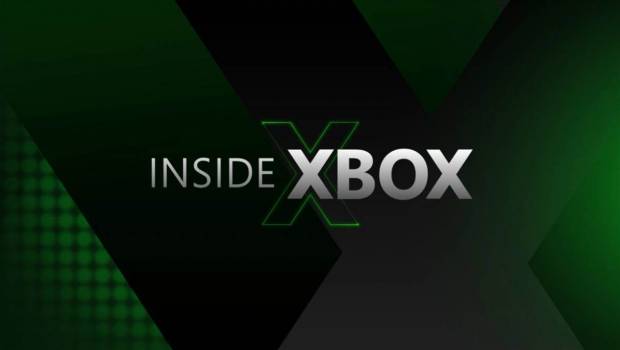 Today, on our first Inside Xbox episode of 2020, we got a closer look at the single-player campaign in Grounded, the upcoming survival adventure game from our friends at Obsidian Entertainment, revealed the latest Xbox Game Pass titles, discussed the recently revealed Xbox Series X tech, and gave viewers the skinny on the most important things to know about the upcoming Gears Tactics.

There was also plenty of surprise news dropped on today’s show: Typhoon Studios revealed the Journey to the Savage Planet DLC, Hotline Miami Collection is getting a surprise Xbox One release, and we got our very first look at The Last Campfire, an intriguing new title from developer Hello Games.

For a full recap, read on below or watch the replay of Inside Xbox episode here when the VOD is available.

A few weeks ago, we took an in-depth look at some of the tech powering the Xbox Series X and got our first look at the new Xbox Wireless Controller. On today’s show, our own Major Nelson had a chance to sit down with Jason Ronald, Director of Product Management on Xbox Series X, to break down some of what was shared about our most powerful console ever. They discussed everything from graphics technology like DirectX raytracing and variable rate shading to audio processing, Quick Resume and storage options. Ronald also highlighted the Xbox Velocity Architecture, including what this entails and what it will enables for games.

We’re continuing the evolution of Xbox Game Bar, the customisable gaming overlay built into Windows 10 for PC. Starting today, Insiders will have access to apps from partners like Razer, XSplit and Intel directly from Xbox Game Bar through new widgets — no more having to Alt+Tab to separate apps while gaming. We’ve seen incredible interest from PC gaming partners in this fan-requested feature, and we look forward to growing the number of available widgets. For more information on the Xbox Game Bar news announced today, please check out this post.

Forza Street Races onto Mobile on May 5

Get your engines ready … Forza Street is coming to your iOS and Android devices on May 5. We’ve received incredible engagement from players during Android pre-registration and are excited to let iOS gamers know they too will hit the streets in just a few weeks. For a limited time, we’ll also be giving out the Founder’s Pack to anyone who plays Forza Street between May 5 and June 5 as a welcoming gift. Pre-register now on Google Play and the Samsung Galaxy Store, and for more information, check out the full Forza Street Wire post here.

Breaking Down Five Things You Need to Know About Gears Tactics

Today, The Coalition celebrated Gears Tactics going gold with a new video highlighting five badass things you need to know before launch and their commitment to a gameplay experience tailored to PC, including new details on a partnership with Intel. Available April 28 on Windows 10 PC, Steam and with Xbox Game Pass for PC (Beta), Gears Tactics has players assume the role of Gabriel “Gabe” Diaz as he recruits, equips, and commands his squad on a mission to hunt down the relentless leader of the Locust army: Ukkon. For more on Gears Tactics, including the latest design collaboration with acclaimed artist Luke Preece, click here.

Prospective pirates got a look at the new Sea of Thieves Ships of Fortune update arriving later this month. Ships of Fortune adds new depth to the game’s trading companies, allowing players the option to represent their favourite Trading Companies as emissaries for boosted rewards and exclusive cosmetic items. What’s more, a new and mysterious Company known as The Reaper’s Bones is also making their debut tasking players with pillaging rival ships and taking their Emissary Flags and loot as trophies. For more details on our Sea of Thieves news this episode, check out our full post here.

In today’s show, we took a look at a brand-new game called The Last Campfire, a dark fantasy from developer Hello Games that combines a beautiful art style with a wide variety of puzzles to create a wholly unique experience. There was also a new trailer for Atomicrops, an action-packed farming simulator where you must cultivate and defend the last farm in a post-apocalypse wasteland. Finally, it was announced that the action-packed top-down shooter Hotline Miami Collection is not only coming to Xbox One, but is available right now. Surprise!

We hope you enjoyed the show, and we’ll see you next time!