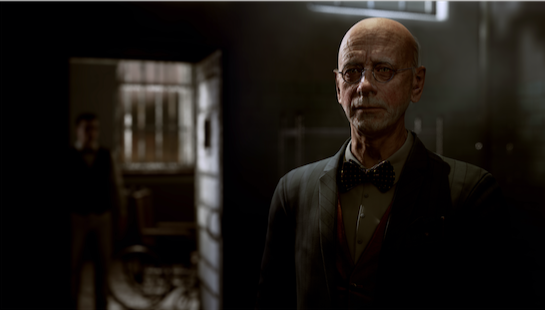 The Inpatient and Bravo Team release dates announced for PSVR

Simon Harris, Executive Producer at Supermassive Games, has taken to the PlayStation Blog to share some updates on these two new VR titles.

A horror game with psychological elements, it is set in the Blackwood Sanatorium from Until Dawn. The Inpatient transports you back to the 1950s when the facility was in its bustling prime. You take on the role of a patient with no knowledge of who you are or how you got to be there. Choice and consequence are integral to the gameplay.

As you investigate the Blackwood Sanatorium in an effort to recall lost memories and discover who you are, your decisions and actions will determine the fate of people that you meet. You’ll get to influence and shape how the story unfolds as you witness the horrific events of the sanatorium’s final days.

You can watch the new story trailer here.

This is a first-person cover-based shooter built for teamwork – both single player and two-player online co-op. Set in a fictional modern-day city in Eastern Europe, Bravo Team puts you into an intense firefight that will test both your shooting and tactical combat skills.

Using the Aim controller, players will feel every shot as you utilise a variety of shotguns, pistols and automatic weapons, offering a truly immersive experience. The game is also fully compatible with the standard Dualshock 4 and PS Move controllers.

You can watch the E3 reveal trailer here.

While you’re waiting for these great titles to be released check out the PlayStation Blog to see some of the games, experiences and demos available for free right now on PSVR. This includes Call of Duty: Infinite Warfare Jackal Assault VR Experience, Star Wars Battlefront Rogue One: VR Mission and The Chainsmokers Paris.VR!