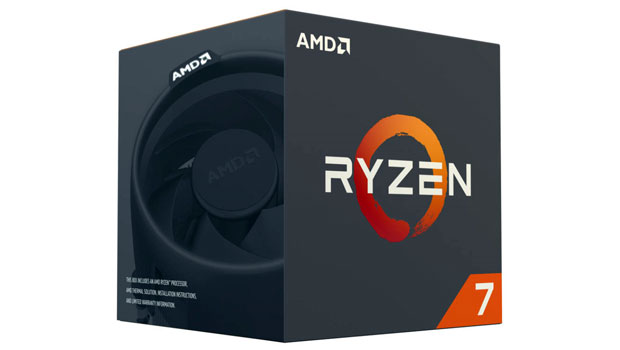 “Four years ago we began development of our ‘Zen’ processor core with the goal to deliver unprecedented generational performance gains and return choice and innovation to the high-performance computing market,” said Dr. Lisa Su, president and CEO of AMD. “On March 2, enthusiasts and gamers around the world will experience ‘Zen’ in action, as we launch our Ryzen 7 family of processors and reinvigorate the desktop computing market.”

Additional information disclosed today includes base and boost clock speeds, TDP, and below is the suggested retail pricing for each Ryzen 7 processor.

For Ryzen, AMD offers new thermal solutions based on the original Wraith coolers, launched to wide acclaim in 2016. The next evolution of Wraith includes Wraith Spire and Wraith Stealth, offering reliable, near-silent performance enthusiasts expect from the Wraith brand. Featured with Ryzen 7 1700 sold in retail boxes as well as many OEM systems, Wraith Spire offers superb cooling at an incredibly quiet 32 decibels.

For customers eagerly waiting for Ryzen, etailers around the world are primed to begin taking pre-orders beginning on Feb, 22, at 1 p.m. ET.3

“We deeply appreciate the ways in which our partners and customers came together to build a high-performance ecosystem for Ryzen,” said Jim Anderson, senior vice president and general manager, Computing and Graphics Group, AMD.“With an anticipated 82 new motherboards from ODMs worldwide, Ryzen-based designs from top global PC OEMs expected soon, and boutique SIs and OEMs showing extreme-performance PC designs, this will be a launch like no other. Unprecedented pre-order support from e-tailers globally shows that our ecosystem and partners are fully behind AMD and our commitment to return innovation and competition to high-performance PCs.”