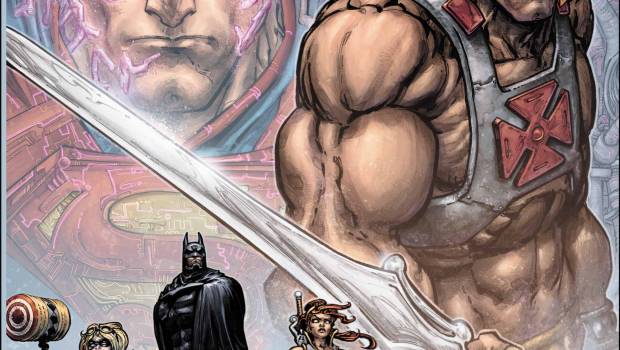 Injustice vs The Masters of the Universe #1

Injustice vs The Masters of the Universe #1 Mark McKechnie
Score

Summary: A very accessible issue and worth picking up.

To Eternia with Death

This issue has two covers, a primary, and a variant.  The primary features a dejected looking He-Man and Injustice Superman on the top half of the cover.  Below them are Batman, Harley Quinn, Teela, Orco and Battle-Cat, looking ready for battle.  It’s a good-looking cover and foreshadows both the looming threat of the Injustice universe, and a defeat of some sort of He-man.

The variant is a little more cartoony, with Superman and He-man about to engage in battle.  In the background is the looming face of Skeletor, and the battling duo is in his palm.  I get the impression that this cover is more to foreshadow the whole series, and that we’ll see a battle between Superman and He-Man manipulated by Skeletor. 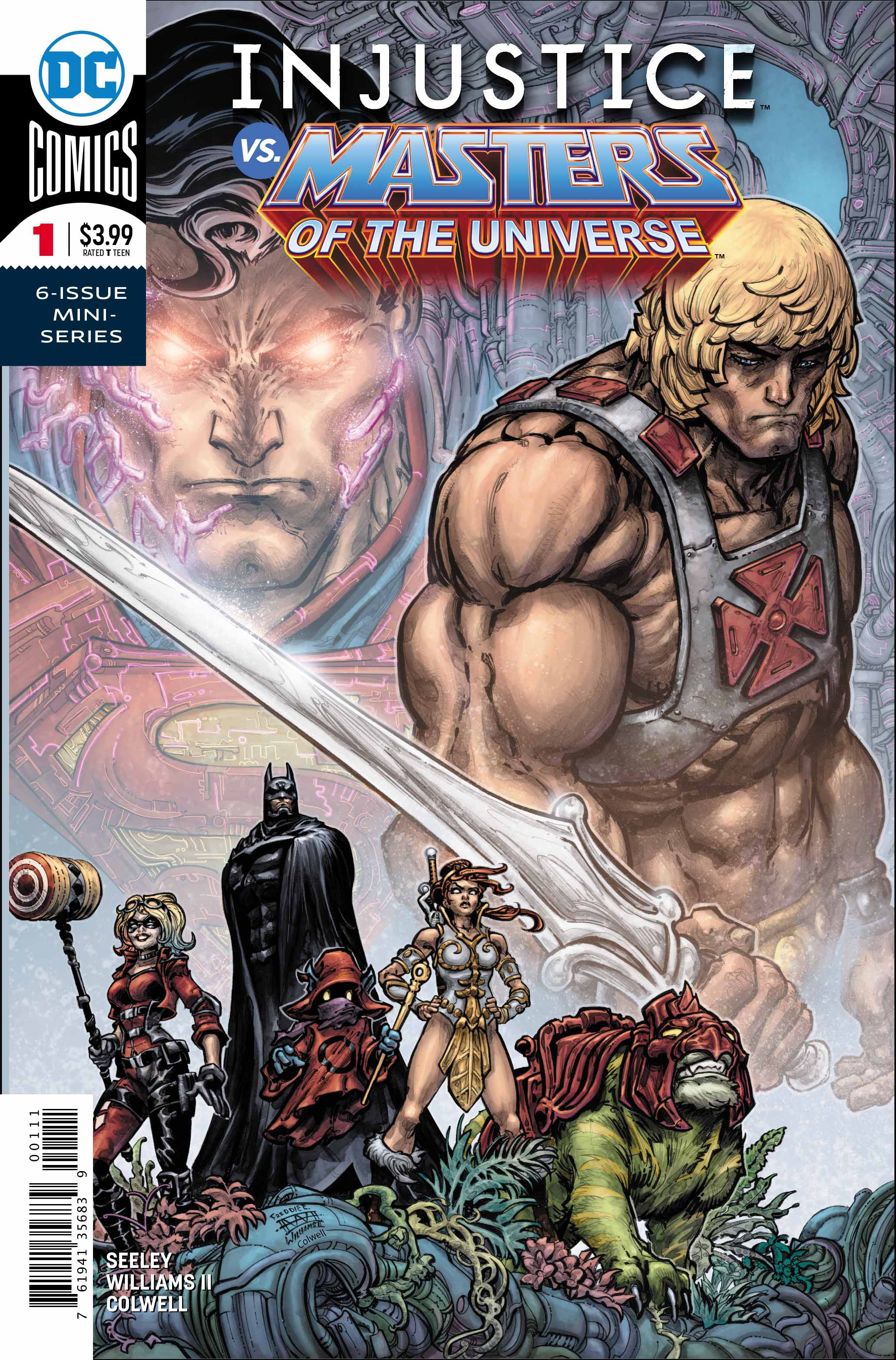 Freddie E Williams II handled the interior art as well as the primary cover for this issue.  The art is really quite good.  He-Man and the Masters of the Universe characters who are the primary focus of this issue all look really good.  The detail in the artwork is fantastic, from facial expressions to the attention paid to individual muscles, weapons, and articles of clothing.  In particular the attention to detail in He-Man’s facial expressions is great.  You can literally see his internal struggles play out on his face without having to read any of the book.

I also enjoyed Skeletor in this book.  He appears as a wasted shadow of his former self, weak and grovelling.  It’s clear that there is more to this, as it is Skeletor, but he is drawn as a pawn to a greater threat and fits it perfectly. 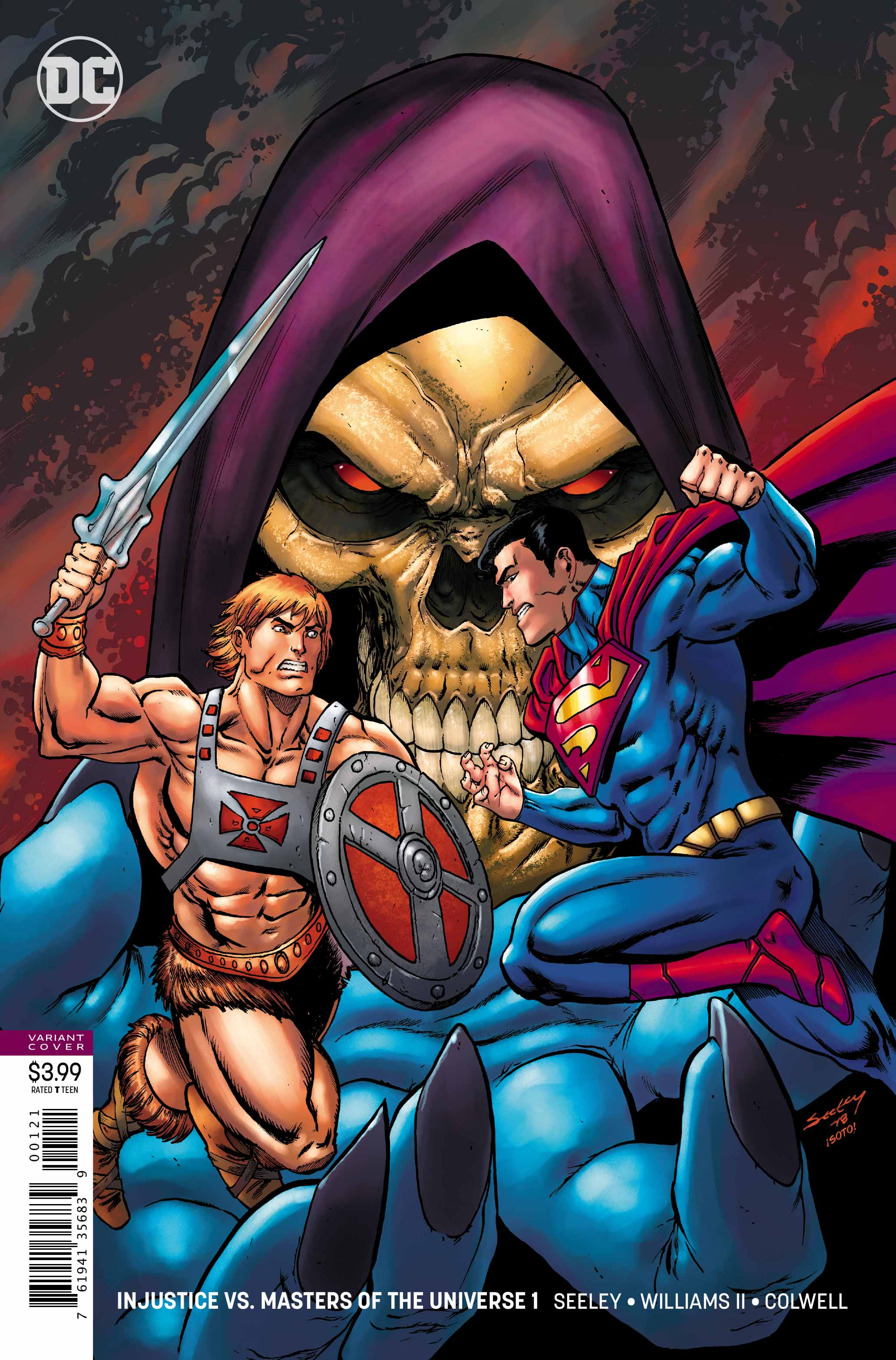 Tim Seeley penned this issue.  It begins with He-Man engaged in battle with Faker.  Faker had trapped He-Man in an illusion and taken over Eternia.  He-Man wins the battle handily but is then taken aback by a vocal group that deride him for overthrowing Faker and returning his parents to their thrones.  His reaction to this is observed by Zatanna and Swamp Thing, who quickly deduce that he is the type of hero they are looking for.

A Batman led Justice League has a quick battle with Teela and Orco.  After they deduce they aren’t threats to each other Adam, Teela, and Orco join the League to help them take down Superman. 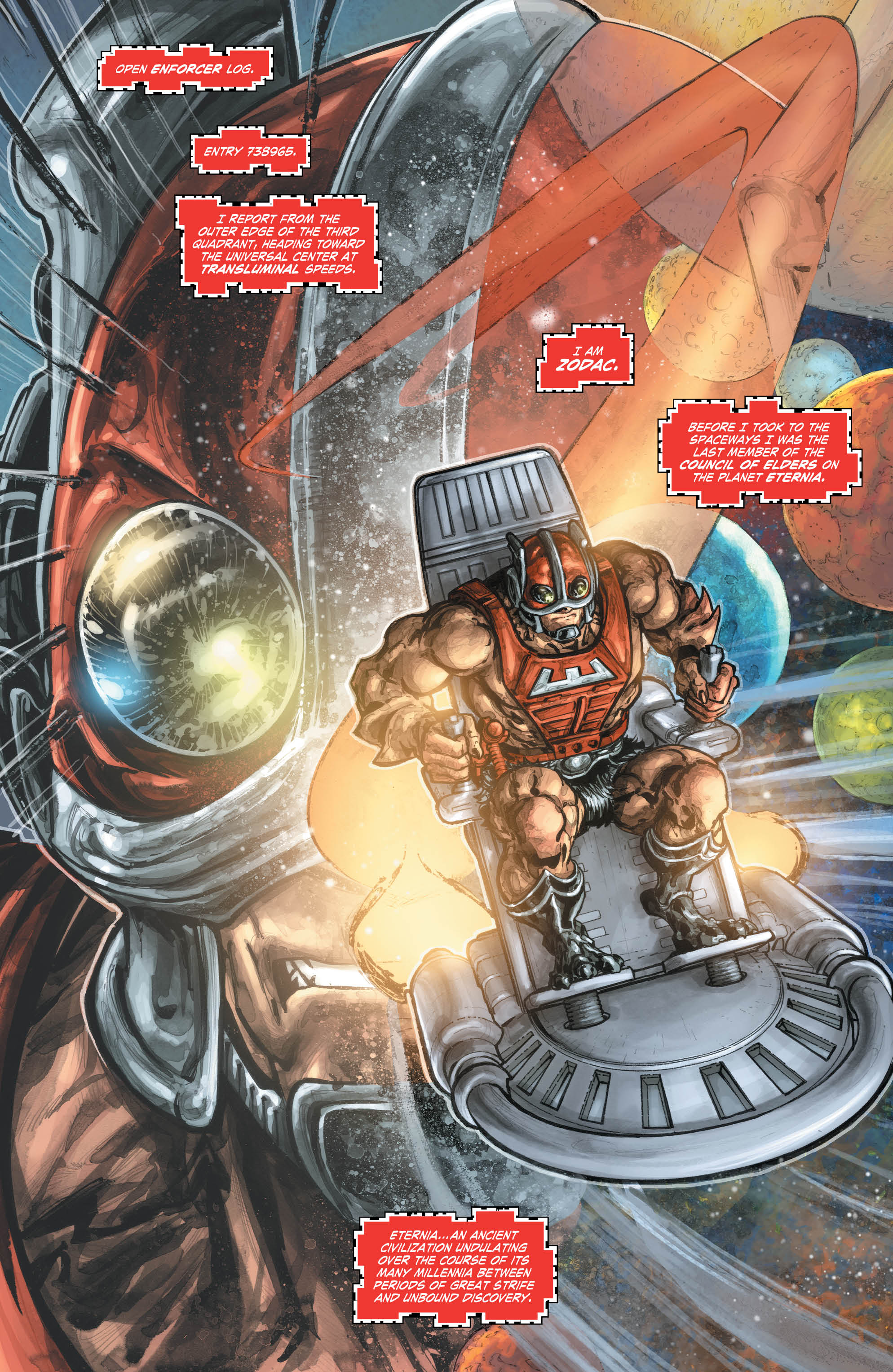 We then learn that Skeletor, thought dead and gone on Eternia, has made his way to Earth and is in the service of Superman.  He is helping Superman locate and gather mystic items that could pose a threat to him.  Knowing Skeletor, there is likely an alternative motive, and it will be interesting to see how that unfolds.

Overall the book is really a solid work.  The art complements the story well, and all the characters look great.  Williams does an especially good job of making Skeletor look weak and sniveling, and Seeley supports that perfectly with the story.  The issue ends on a great cliff-hanger.

This concept works very well together in its first issue.  Though most of the focus is on Eternia, it does a great job setting the stage and introducing all the players for this series.  It will be interesting to see what his been set in motion come together.  All told this was a very accessible issue and worth picking up. 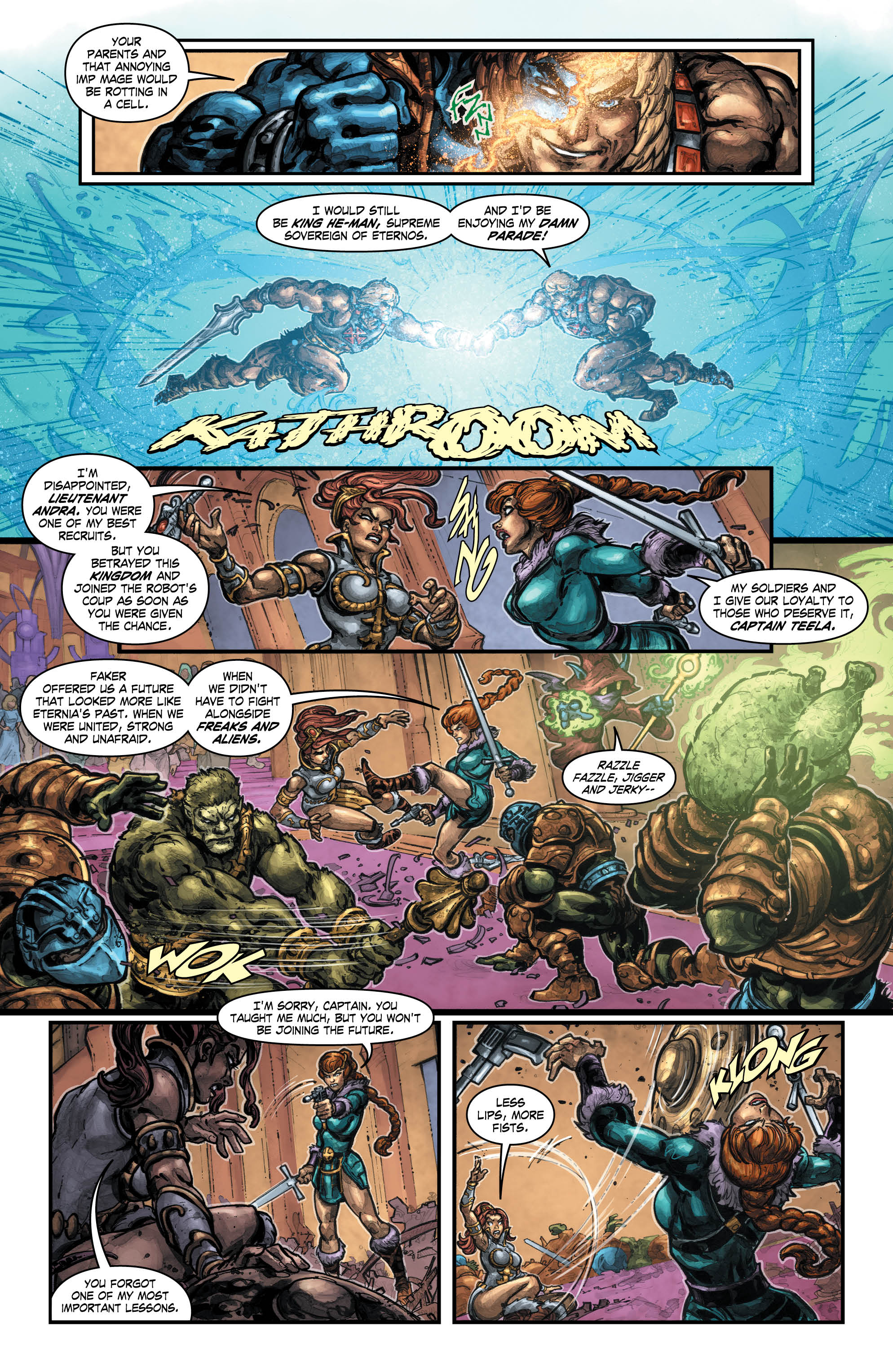