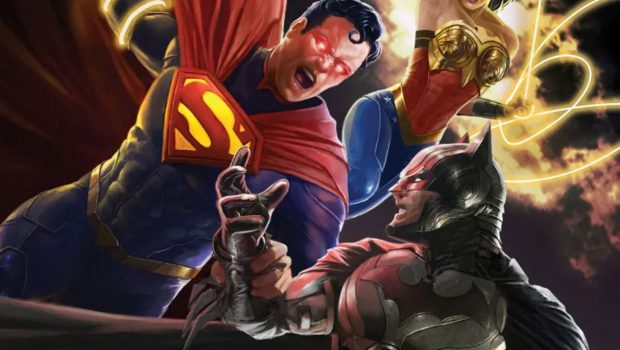 Summary: The animated world of DC is usually far better than what’s being offered here... It’s just too bad they dropped the ball with this one!

DC is the home of the some of the western world’s most famous fictional heroes, as well as top-notch rouge’s gallery for said heroes. Wonder Woman, Superman, Batman and The Flash are a few of the tights wearing vigilantes that have proven to be rich characters that can make for great storytelling. It’s just too bad that DC has a track record of putting their heroes and villains together to make a complete mess of things. Apologies for bringing it up but who can forget the disaster that was Batman v. Superman: Dawn of Justice (2016). Well even lower on the list is now Injustice, an animated feature length film that sees Superman/Clark Kent receiving a devastating personal lose and going completely mad with anger while Wonder Woman and others break away from the Justice League to support him. Batman/Bruce Wayne takes his team of Bat-Helpers underground to form a resistance against the Man of Steel and his followers while Superman uses his impossible strength to force his version of world peace. Injustice already has storyline going back to 2013 when the video game version of the story first came out, telling a tale of a down fallen Superman wreaking havoc on the world and the other heroes who try to stop him. A prequel graphic novel was released a few years later, which unfolded the story further to great effect. Both the video game and graphic novel are superior to this 4K-released feature length dud. Heck, watching an ant climb over a rock would be more entertaining than this.

The movie starts at the same point as the comic book where a certain Clown Prince pulls off a world altering crime that sends Superman over the edge and divides the Justice League into factions. Picture Marvel’s Civil War premise but bad. The directors and writers have taken on the task of combing several graphic novel’s worth of story into a movie that goes for a little over 75 minutes which leads to the bloated roster of characters either being side-lined or straight up murdered. Both choices hurt the story. Even the 4K resolution can’t save this movie’s crummy animation and voice acting. No disrespect to the creatives involved but watching superheroes only move their mouths during dialogue heavy scenes makes it feel like we’re watching a cartoon from the 1970s. The voice acting is wooden across the board with the exception of a few. Gillian Jacob’s Harley Quinn is passable while Oliver Hudson as Plastic Man is funny enough to not take the ridiculous bendy character too seriously. The banter between a kidnapped Quinn and Green Arrow (Reid Scott) is the funniest and best part of the graphic novel that they’ve successfully transferred to the movie. The fight scenes are the high point of the movie but the receptiveness of it all drowns all the fun out. Marvel’s What If… series features better scenes of fights involving hero versus hero.

A story about the world’s strongest (and deadliest) hero should be an interesting watch but boy DC does their hardest to make this one a real stinker. If you want to see how Batman and Robin and others overcome a world ran by an evil Man of Steel it would be recommended you read the graphic novel instead. Or watch something that leans into superhero violent story such as The Boys or Invincible. Both are incredible shows about the morality of super powered people that doesn’t sting like this movie did. 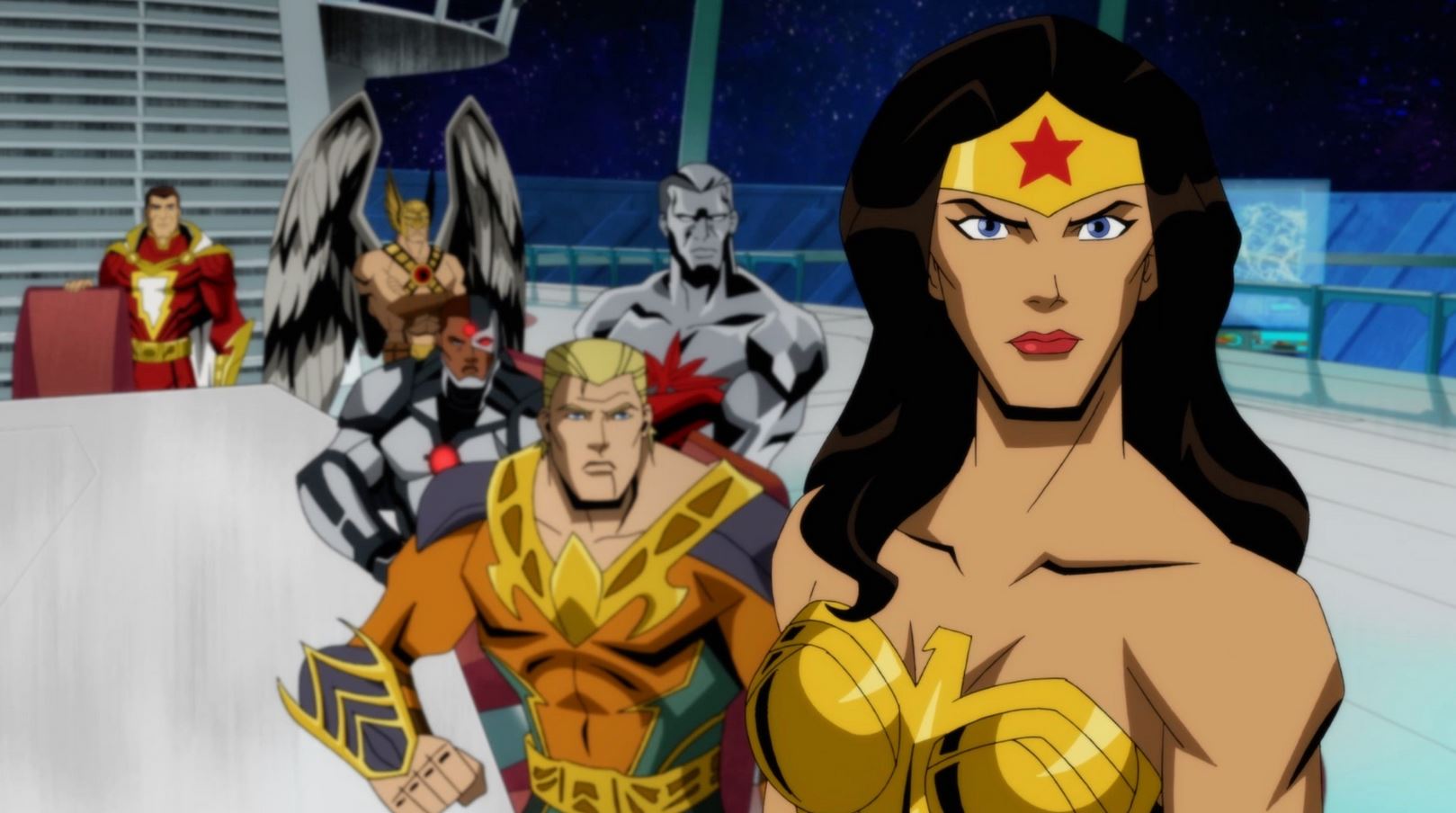 If you are a DC completionist then you’ll probably watch this regardless. It will be a kick for super fans to witness Killer Croc, Shazam and Mirror Master do their respective thing on screen. The animated world of DC is usually far better than what’s being offered here. Superman: Red Son (2020) is a fantastic animated film about alternate superhero history that would serve better than Injustice. The same can be said of countless other DC animated movies. Batman Hush (2019) or Batman vs. Ninja Turtles (2019) are examples of the great things DC Animation can achieve. It’s just too bad they dropped the ball with this one.