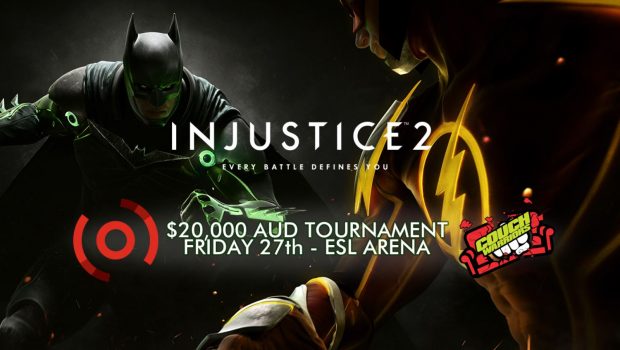 We’re pleased to announce that 18point2 will be hosting an Injustice 2 tournament at this year’s PAX Australia. Run in partnership with ESL and CouchWarriors, the qualifiers will take place on the ESL stage from 2pm, Friday 27th October. Eight players will proceed to the finals from 2pm on Sunday 29th October, fighting for glory and their share of the monster $20,000 prize pool:

PAX passes will be provided for anyone qualifying for the final eight on Sunday.

Registration is now live at https://smash.gg/tournament/injustice-2-major-pax-aus-tournament