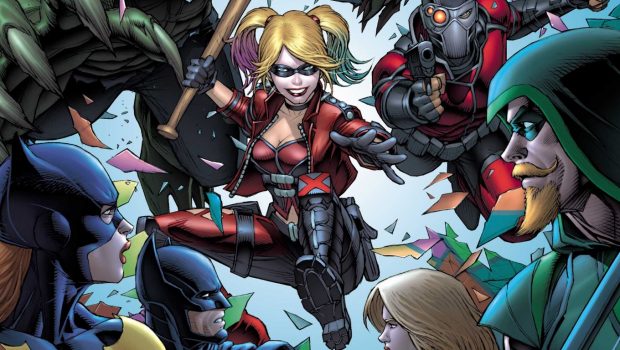 Summary: Injustice 2 #7 is Taylor made to perfection!

Just like a Hollywood blockbuster, the excellent team of Taylor, Redondo, Albarran and Lokus bring us the next thrilling instalment of Injustice 2 #7 about this universe gone mad. The comic starts as a group of people meet for the funeral of Ted Kord (aka Blue Beetle). However the funeral is disturbed by Jamie Reyes, another Blue Beetle who is powered by the mysterious scarab who publicly challenges Bruce Wayne as Batman.

“We’ll let you know when we can act. Go home.”
– Bruce Wayne

Before Jamie can finish his rant, Bruce cuts him off, adding that those who killed Ted might come after him and more importantly his family. With this slap in the face with words, Jamie snaps out of his anger and asks Bruce if he could join his team. Things also get a little weird between Dinah and Ollie as he asks his pretty bird to marry him with the tombstone of the ‘other’ Oliver Queen in the distance.

“The war can wait”
– Green Arrow

With a moment of joy, Dinah Lance prepares to marry Ollie in Gotham City and a surprise guest makes an appearance, Ted Grant (aka Wildcat from the Justice Society of America) who asks her if she would like him to walk down the aisle. Needless to say, Dinah says yes! Unfortunately for the wedding, something has triggered Bruce as he races back to Wayne Manor, only to discover the shock of his son Damian Wayne taking the body of his loyal Butler Alfred Pennyworth.

So while Bruce is attacked at Wayne Manor, an equally heinous act is orchestrated at the wedding just after the bride and groom kiss to seal their marriage. While Ollie is shot numerous times, it seems that Ra’s al Ghul is after something a little different, that of the children of Black Lightning and Green Arrow. Although Batman tries to return to Gotham to prevent the inevitable disaster, Ra’s plan has succeeded and in the shocking conclusion, Damian raises Alfred into the Lazarus Pit while Green Arrow promises his wife that they will get them back.

“He raised you, and you still treated him like a servant”
– Damian Wayne

Holy Smoke! Tom Taylor continues delivering his A game to Injustice 2 as the surprises just keep coming. I think because Tom has the scope to pretty much do what he wants in this universe, it’s really paying off and not only does he pay homage to the ‘real’ DCU but he creates an equally impressive parallel world. Then you have the wonderful and dynamic art of Bruno Redondo who captures these characters perfectly and brings them to life such as all the action panels and that touching moment between Dinah and Ted.

“I can bring you back”
– Damian Wayne

If I had to choose one comic series only to read, it would probably be Injustice 2 as Tom Taylor and crew go into overdrive! 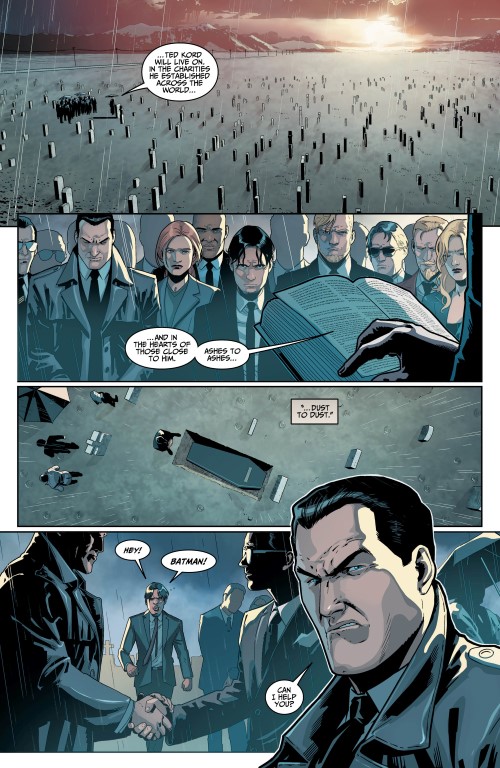 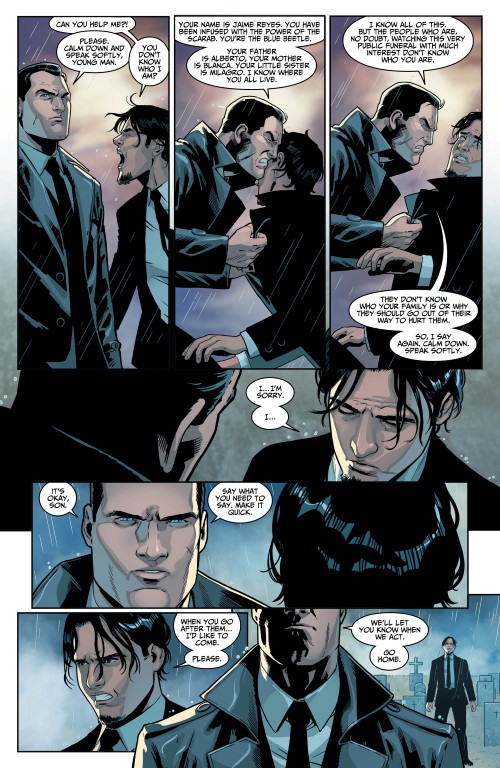 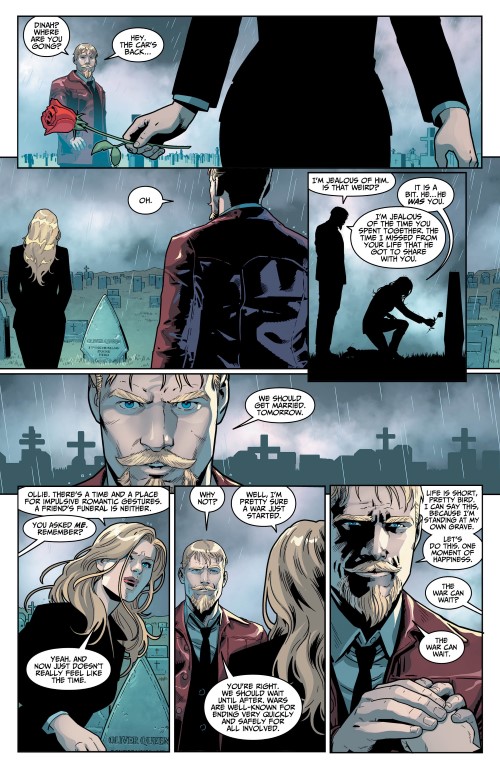 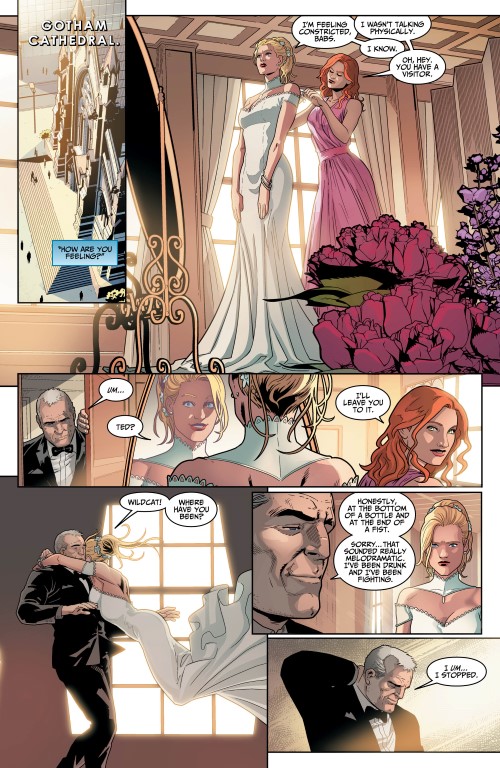 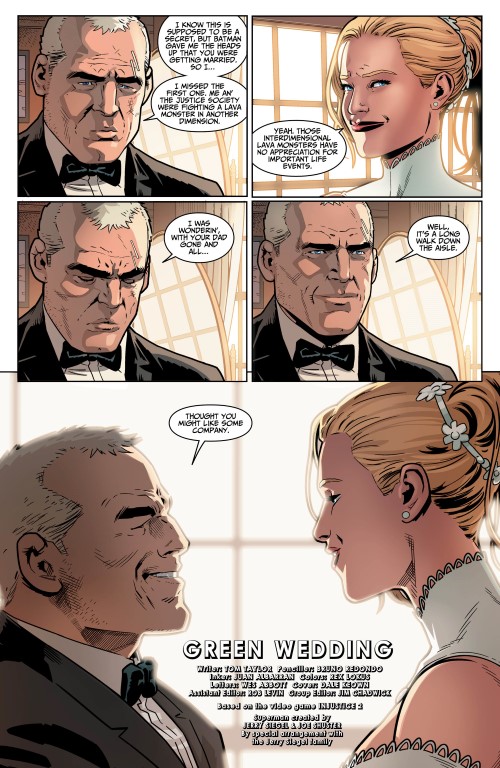 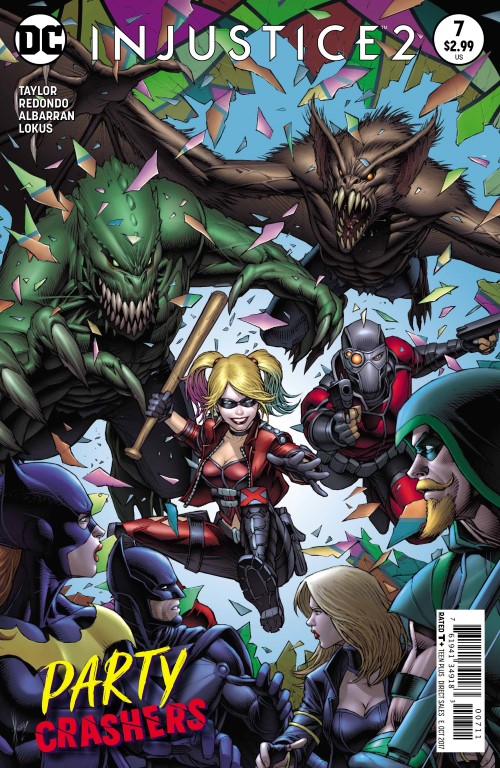