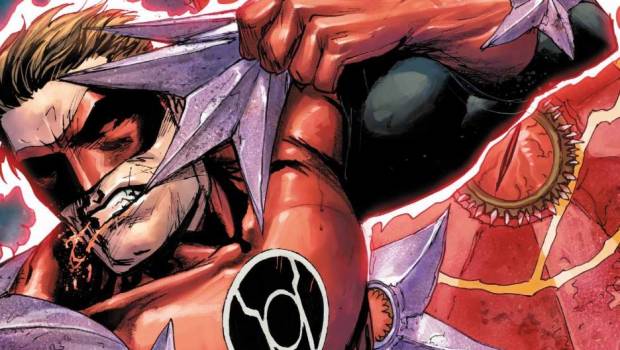 Summary: Injustice 2 #30 must be read to be believed!

Save Blue Beetle and save the universe is how issue 30 of Injustice 2 commences as New God Metron offers the Main Man (aka Lobo) a job offer he cannot refuse. As Starro the Conquer has become a Red Lantern, the corps driven by rage is headed towards OA, the home of the Green Lanterns for revenge… and destruction. To make matters even more dire, every spore released by Starro will turn that creature into a being rage that will lead to the destruction of the universe.

While former Green Lantern Hal Jordan arrives on OA to warn them of the impeding invasion, he is too late as the Starro invasion arrives as Guardians and Green Lanterns come under the control of this alien conqueror. Elsewhere the “Justice League” and Booster Gold catch-up with Blue Beetle where they learn the truth of this invasion. As a result, Metron transports them to OA in order for the new bearer of the Scarab be allowed to defeat Starro as did another wielder of this device did thousands of years ago.

Unfortunately for the universe, Jamie Reyes (aka Blue Beetle) has lost his heroic “mojo” and believes he is a failure. However he receives an unexpected pep talk by Booster Gold and courtesy of Skeets, he is given a per-recorded message by a slightly overweight and now deceased Ted Kord, the former Blue Beetle that Jamie will become the hero that he never was. The issue ends with Blue Beetle and Booster Gold flying into war.

OMG! Although this issue was a breather before the true war with Starro the Conquer, writer Tom Taylor created a compelling and rather emotional story about uncertainty and the passing of the torch. Not only did the issue feature some kick-ass action but he creates some really amazing stories of this twisted DCU with more supporting cast then you can poke a stick at. Add in the art of Xermanico and he successfully captures the danger of a Red Lantern Starro the Conquerer, including the strength of the heroes involved. 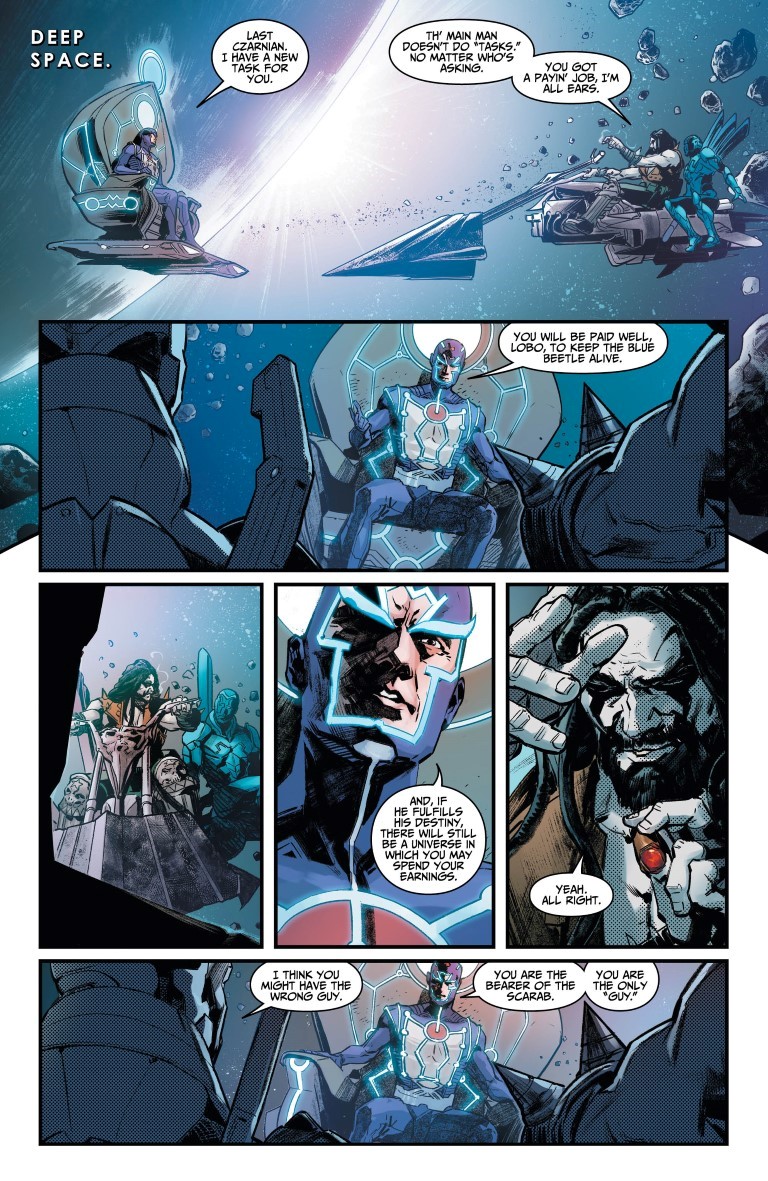 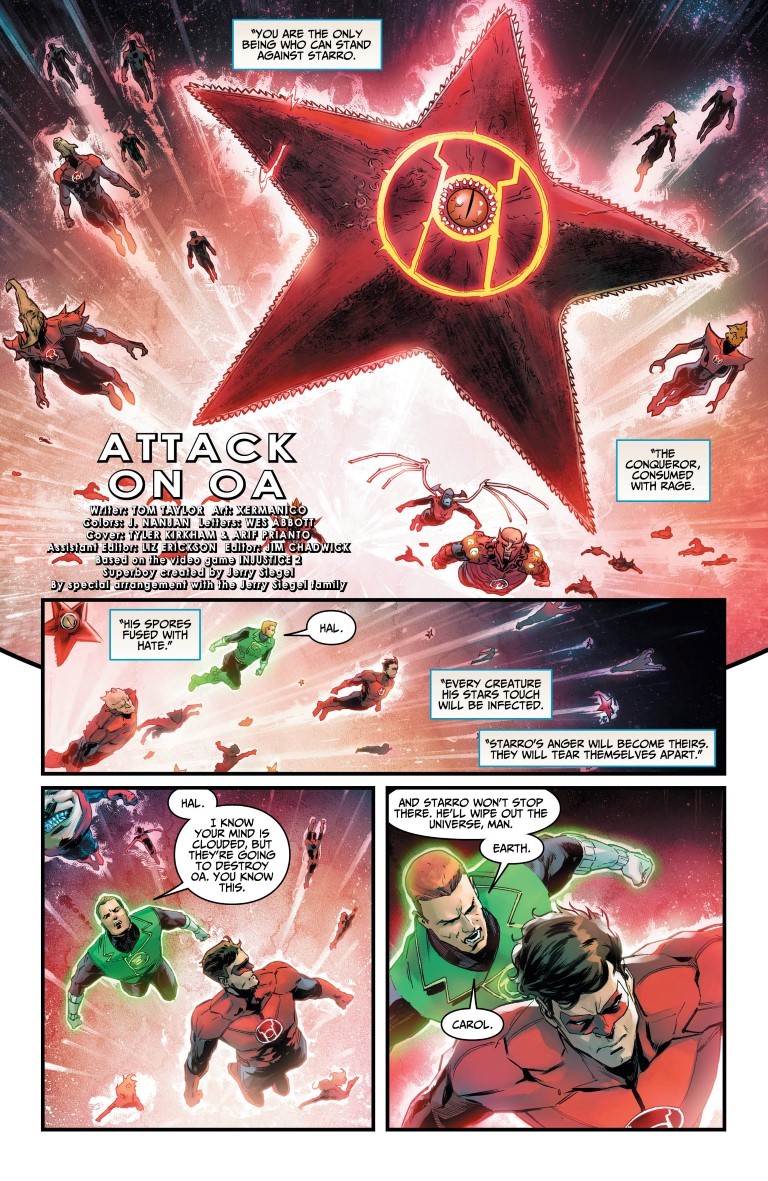 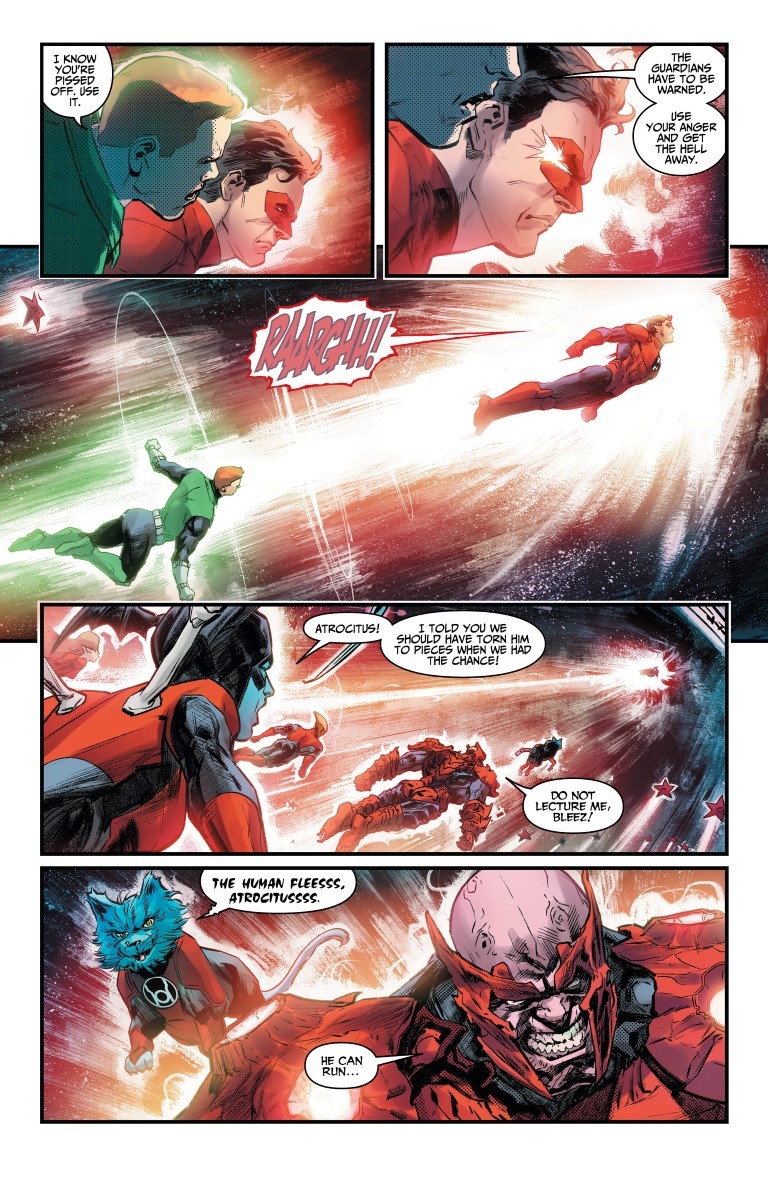 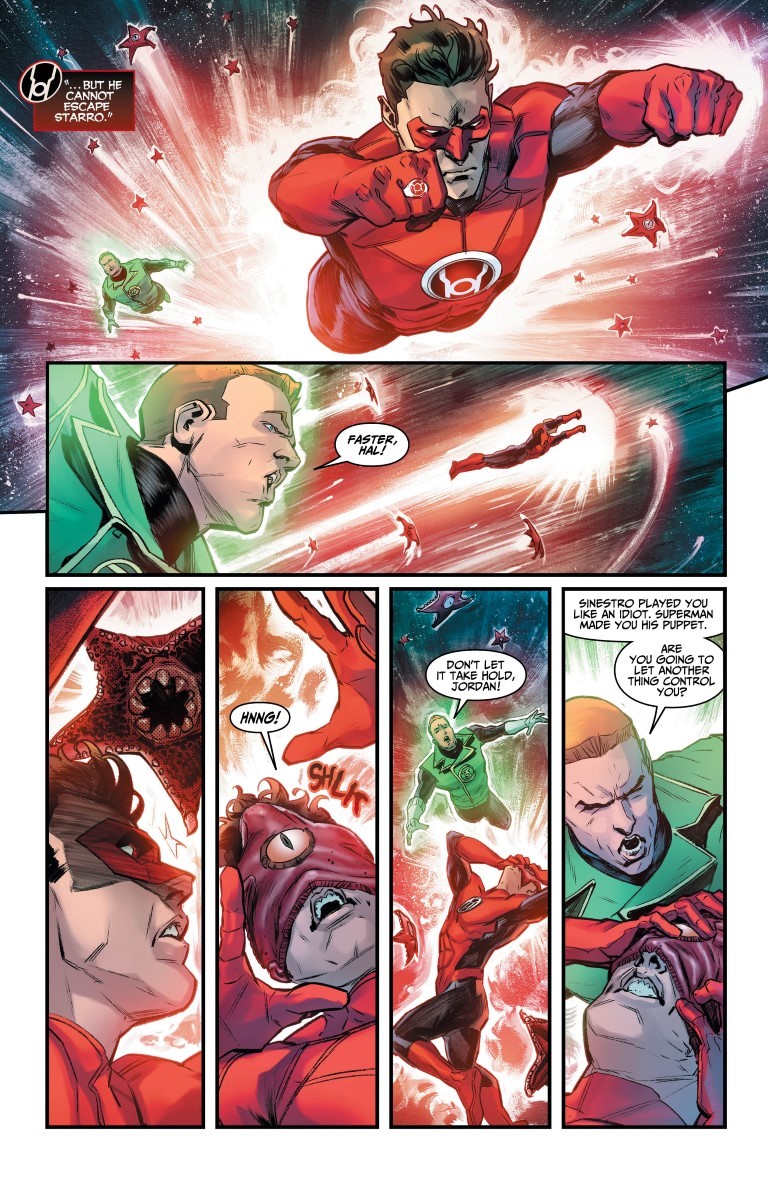 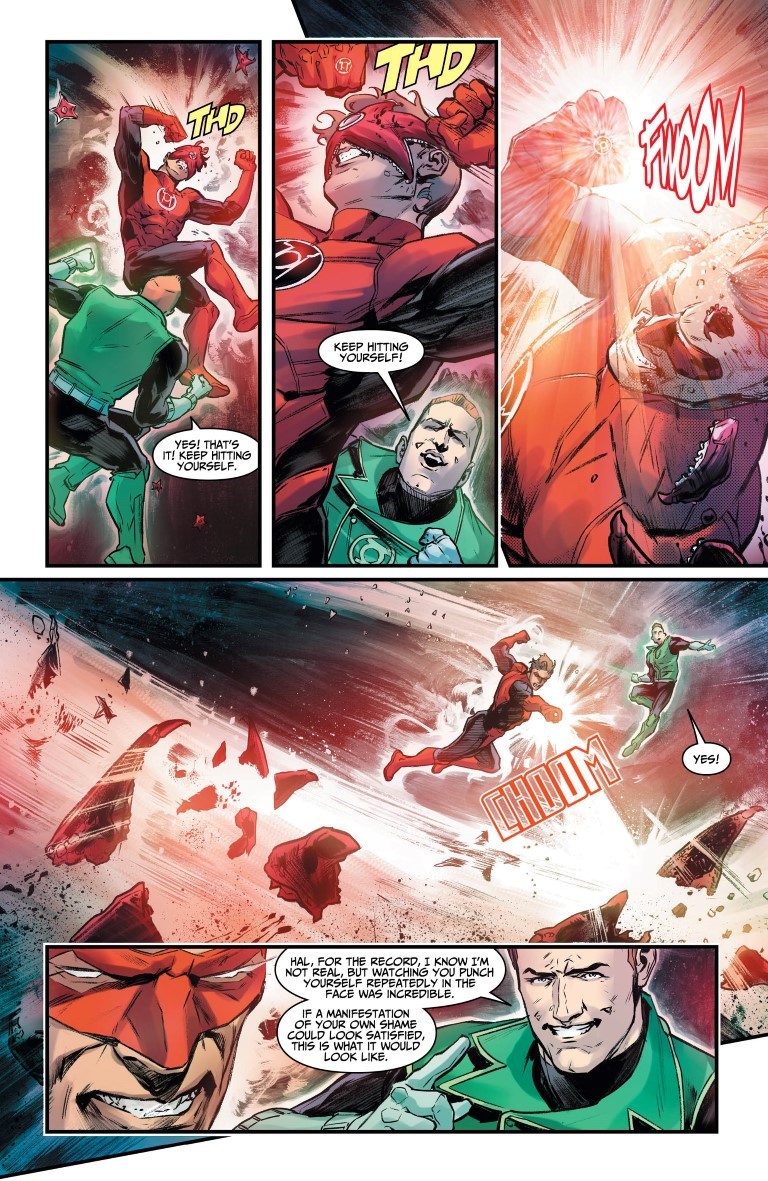 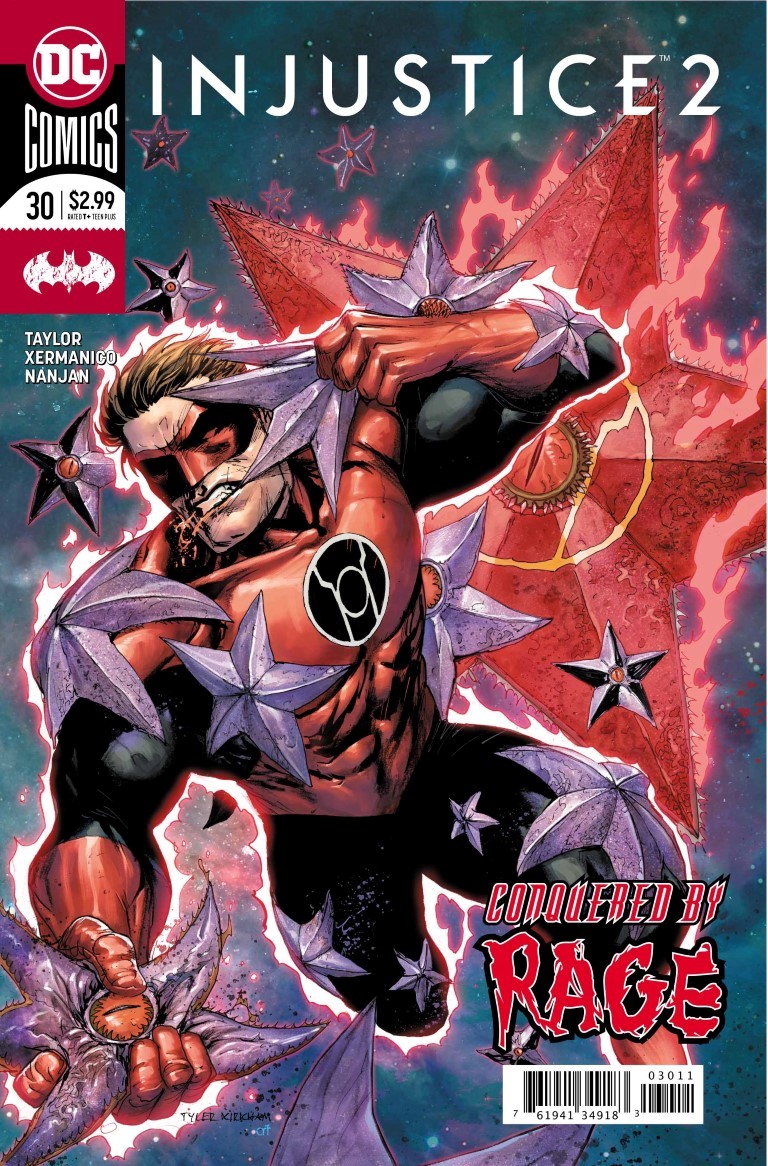