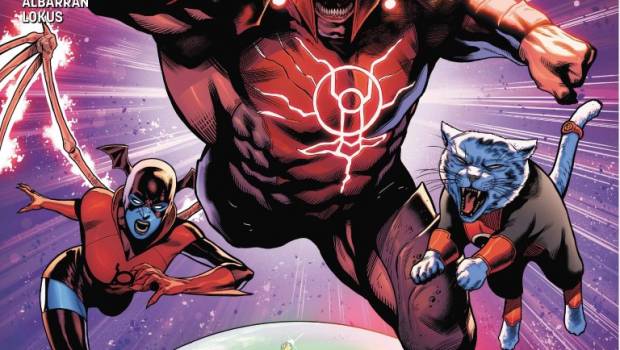 Summary: Injustice 2 #28 follows up on the Hal Jordan story with pure rage plus lots of Tom Taylor twists!

The previous issue finished with the Red Lantern Corps arriving on the Green Lantern prison colony of Harring who have come for the villain Sinestro in order to serve justice. So while Atrocitus and his Red Lanterns attempt to liberate Sinestro by destroying his daughter Soranik, he does the unthinkable and uses his body as a Korugarian shield to prevent her from being killed. However before Atrocitus can get answers as to why Sinestro would sacrifice himself, the other Green Lanterns who have been incognito have been given permission by the Guardians of the Universe to use lethal force to stop the Reds.

As a result, one of the Red Lanterns is killed by Green Lantern of Jimwick of Levin who channels his inner Ambush Bug. This creates a void for the ring of this fallen red as both Sinestro and Hal Jordan fight for control of it as our former hero of Earth is chosen as a replacement ring-bearer due to his rage. Although Hal manages to control his rage and take on the other Red Lanterns while his former allies escape and return to Oa with Sinestro, Hal is eventually captured as we learn that Atrocitus has made a deal with something that can take the Guardians down… a Red Lantern powered Starro the Conqueror.

We also return to the Fortress of Solitude as Connor Ken has a heartfelt conversation with Martha Kent about making the symbol of Superman, one of hope again as Cassie (aka Wonder Girl) suggests that they do some recruiting in order to form a new “league” of Titans. All in all, Injustice 2 #28 was another home-run from writer Tom Taylor who creates a gripping story “off-world” with some perfect characterisation and world-building which is backed by the flawless art of Daniel Sampere which is just wow. 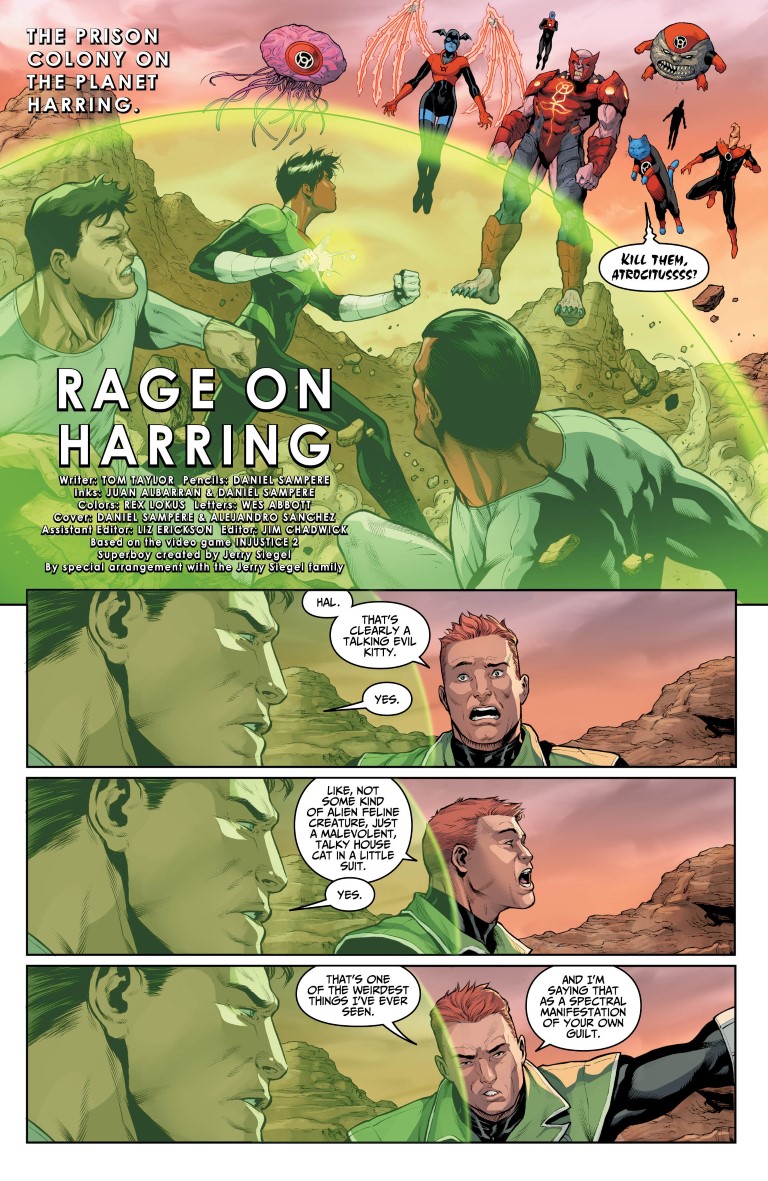 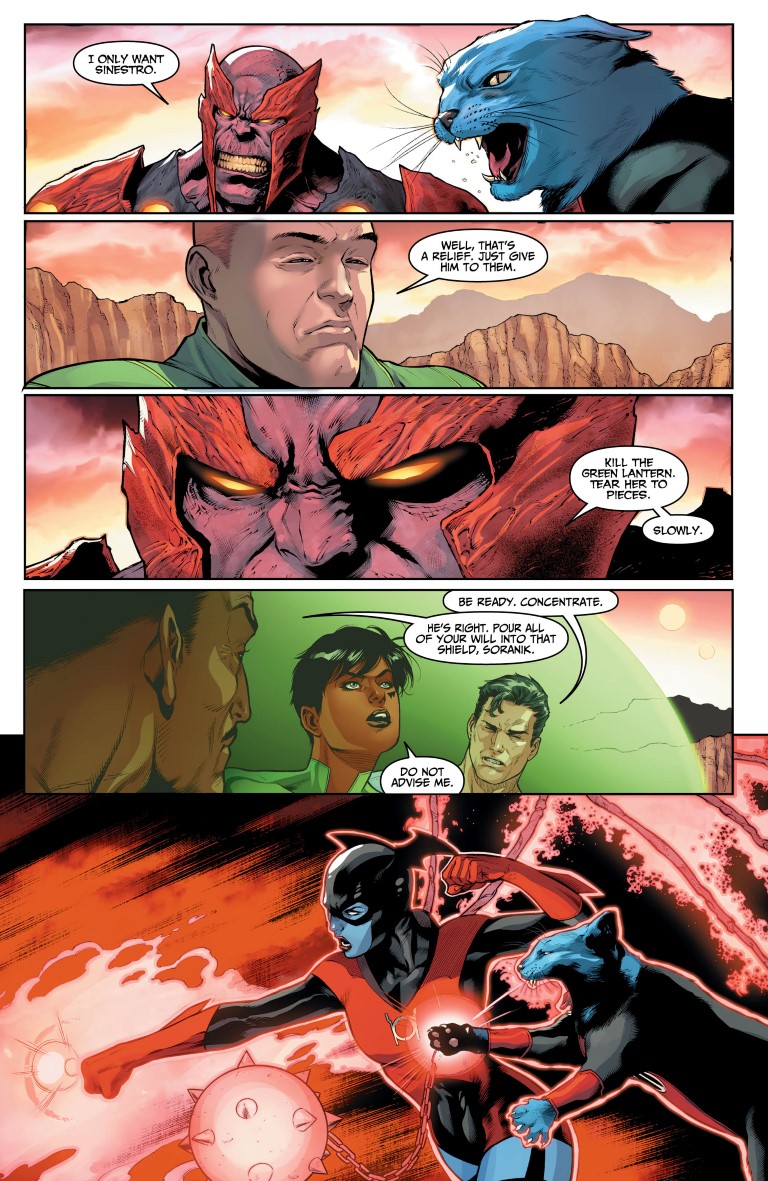 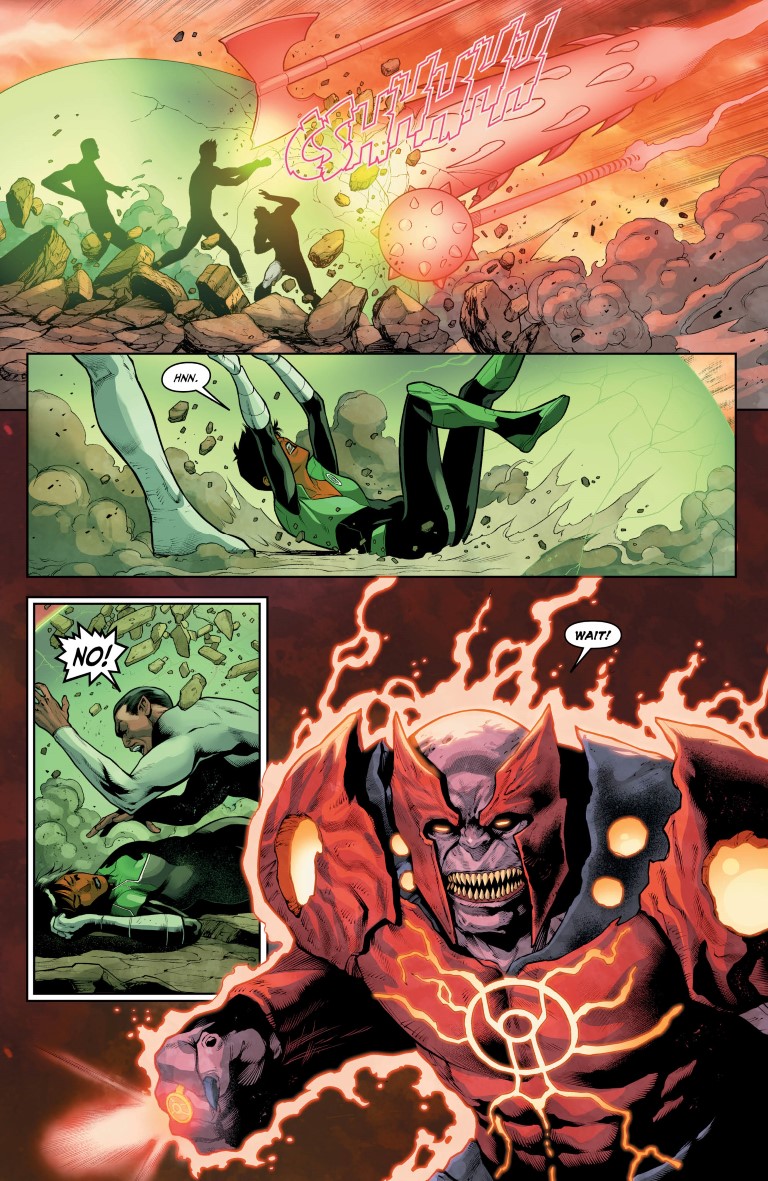 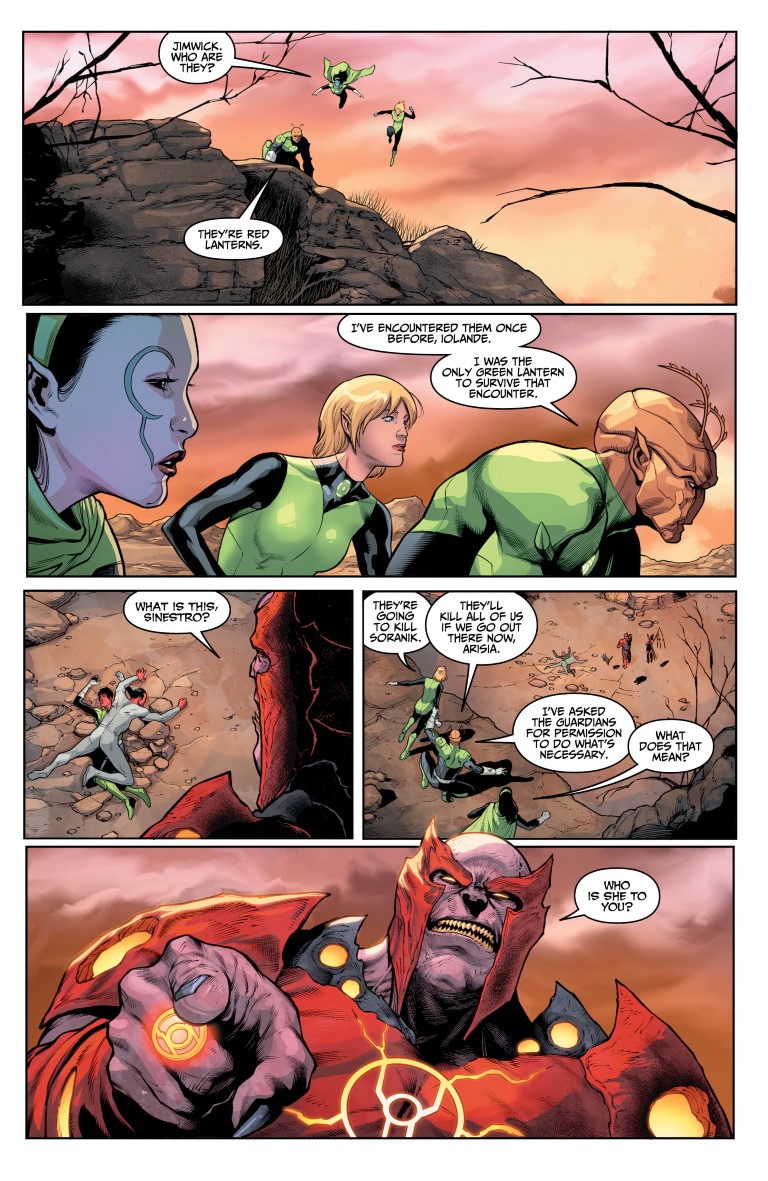 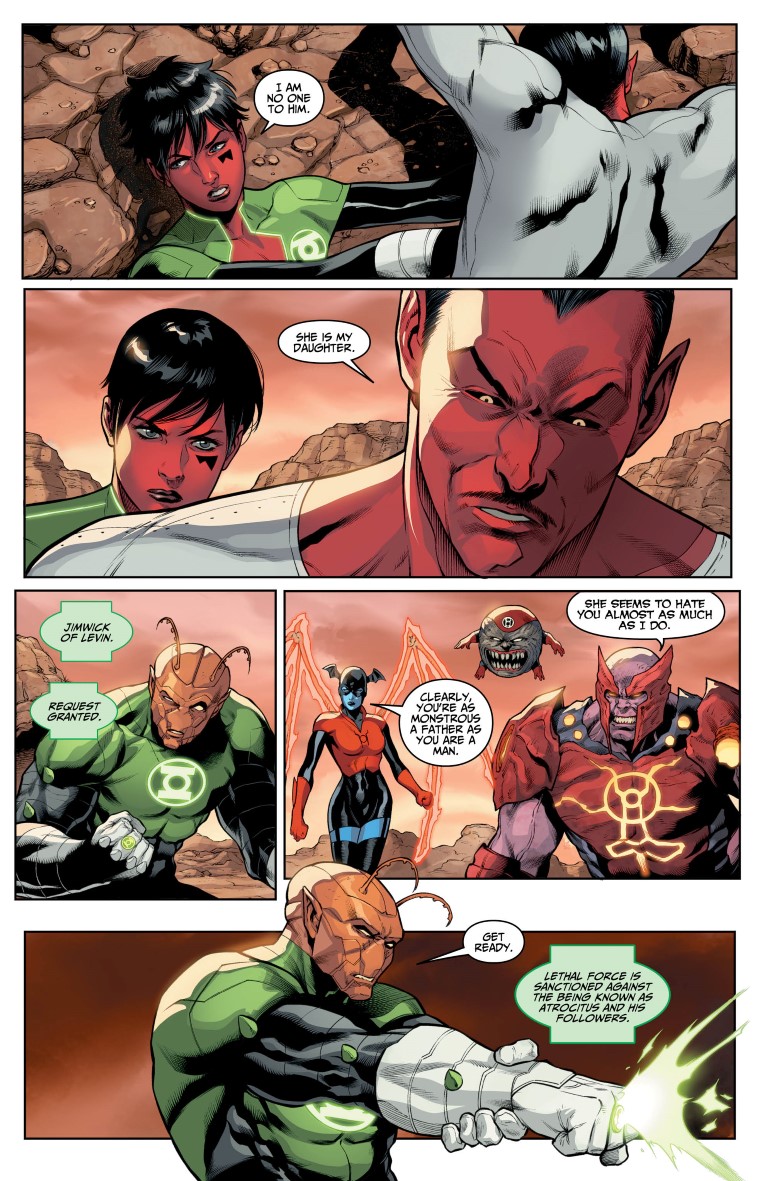 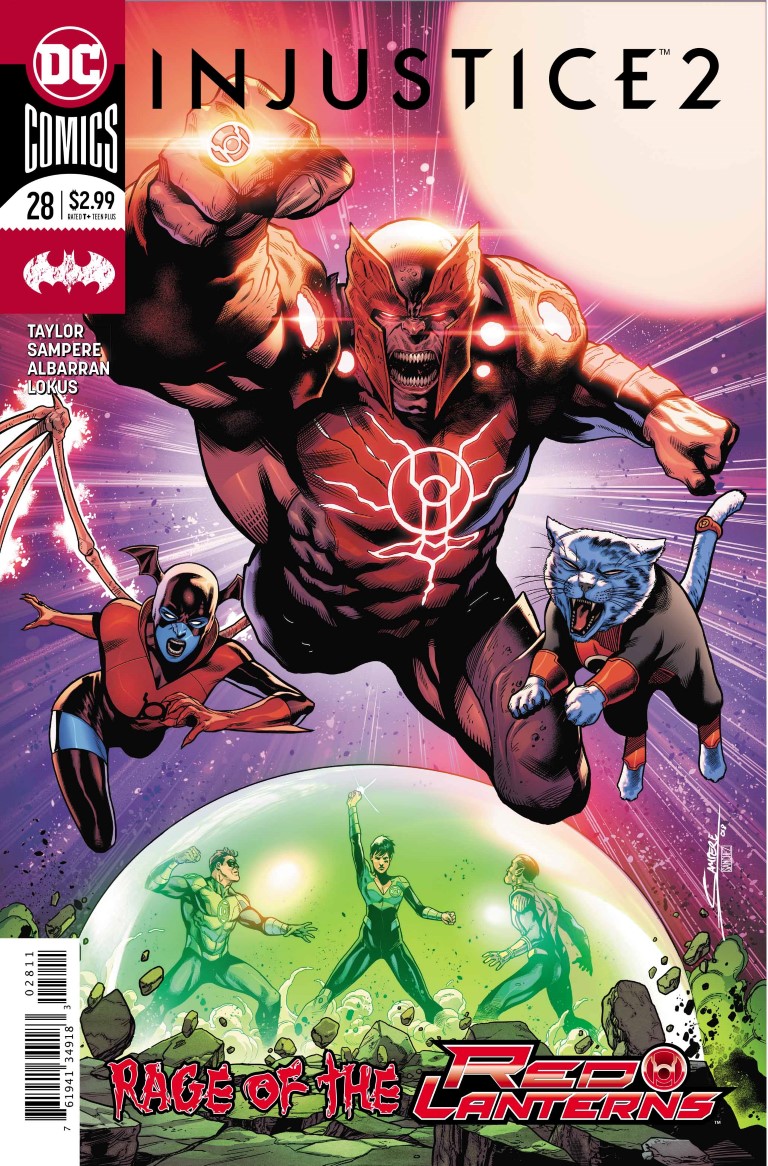