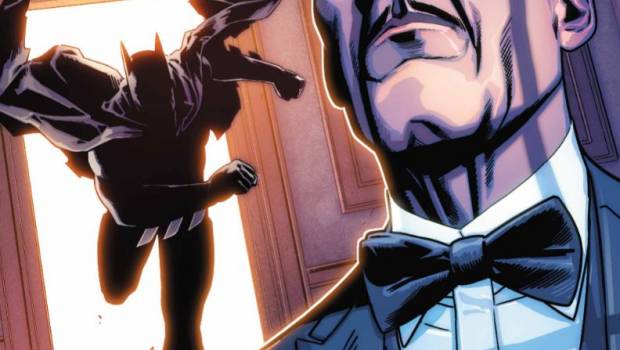 Injustice 2 #26 (A Race Against Death) Review

Summary: Injustice 2 #26 (A Race Against Death) is all about family and friends

Meanwhile at Wayne Industries in Gotham and thanks to baby sitter Harley Quinn, the son of Green Arrow and Black Canary, Connor are playing shoot the apple from Harley’s mouth with an arrow and yes, I kid you not! It’s scenes like this why I like Injustice 2 so much and even though this DC universe is twisted, writer Tom Taylor still manages to relay a sense of innocence, wonder and comedy. As the shenanigans of Harley continue in the background, the reader is returned to Bruce (aka Batman) and his team (Steel, Black Canary, Booster Gold and Green Arrow) as he boldly states that the world needs saving and that they start today.

Unfortunately for Bruce, he is called away by Brother Eye as the security systems have failed at Wayne Manor and that Catwoman has gone missing whom he sent to investigate. Upon arrival, he discovers that his daughter Athanasia Al Ghul has come for vengeance as she holds Alfred and their dogs at gunpoint. As Alfred attempts to reason with Athanasia, she shoots one of the dogs in the head before a quick battle ensues and somehow she manages to defeat both her father and Alfred. As Bruce awakens, he apologies to Athanasia and informs her that he never knew he had a daughter.

Furthermore, Athanasia wants to punish her father for not being there when she “died” and that Bruce destroyed the dream of Ra’s al Ghul. So with the odds against Bruce, his friends come to the rescue with Booster Gold, Steel, Green Arrow, Black Canary and Harley Quinn who defeat Athanaia thanks to Catwoman. Family and friendship is an integral part of the core of DC and Tom Taylor really captures this feel with some exceptional story telling, enjoyable dialogue and Issue 2 #26 is no exception, particularly with the spectacular art of Bruno Redondo who was born to draw the colourful heroes and villain of this wondrous comicbook universe. So when Tom and Bruno leave the Injustice 2 universe, I think their next title should be Doctor Fate… sorry I’m just fanboying. Seriously though, Injustice 2 #26 was another entertaining and unexpected ride and one that I can happily recommend. 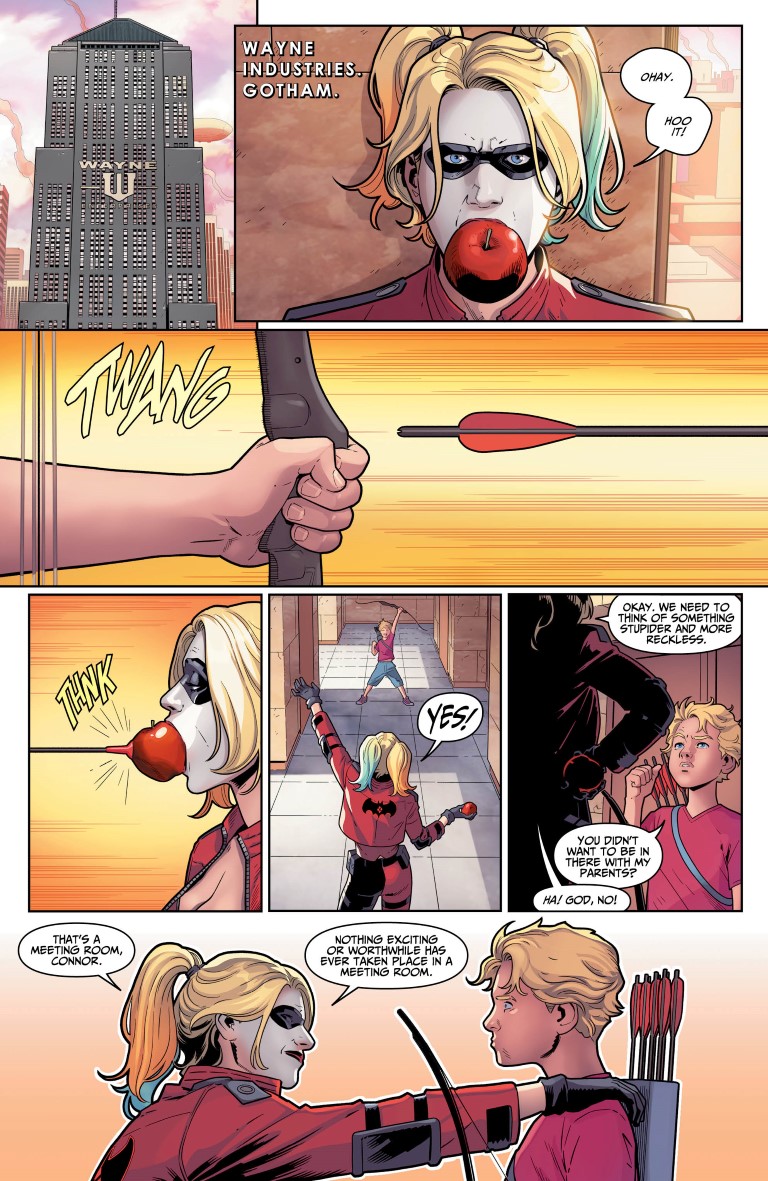 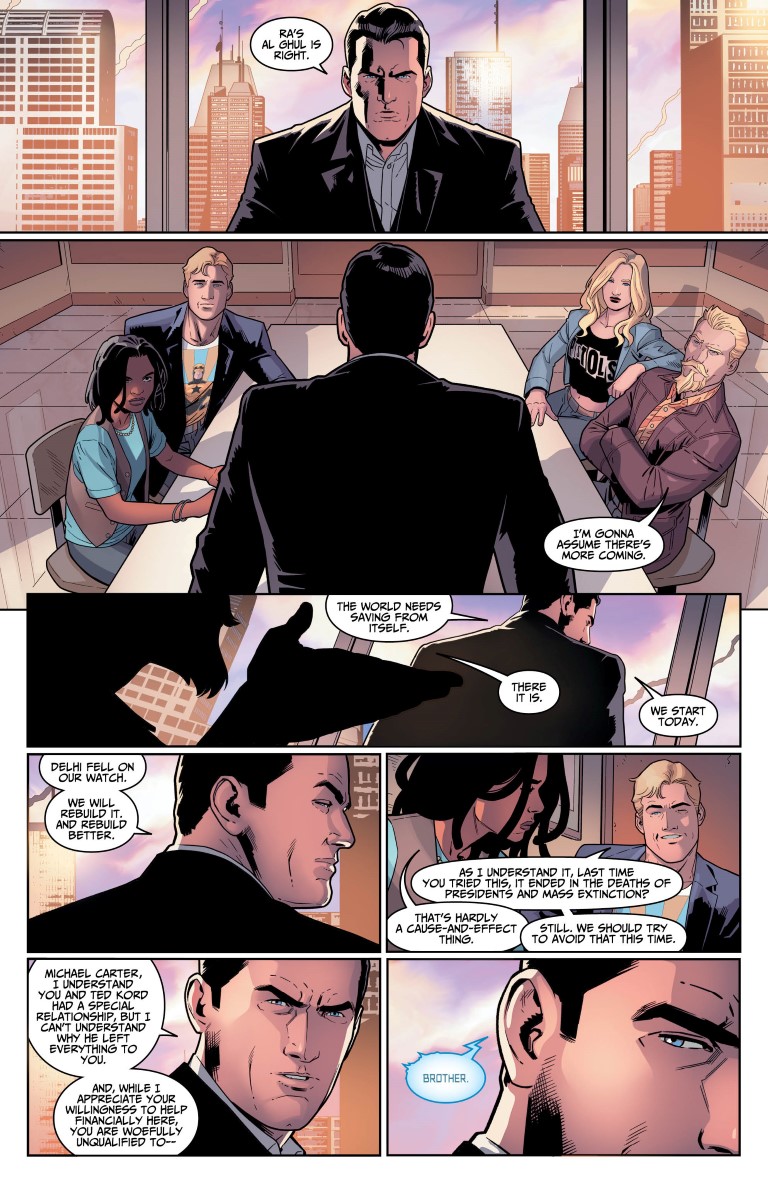 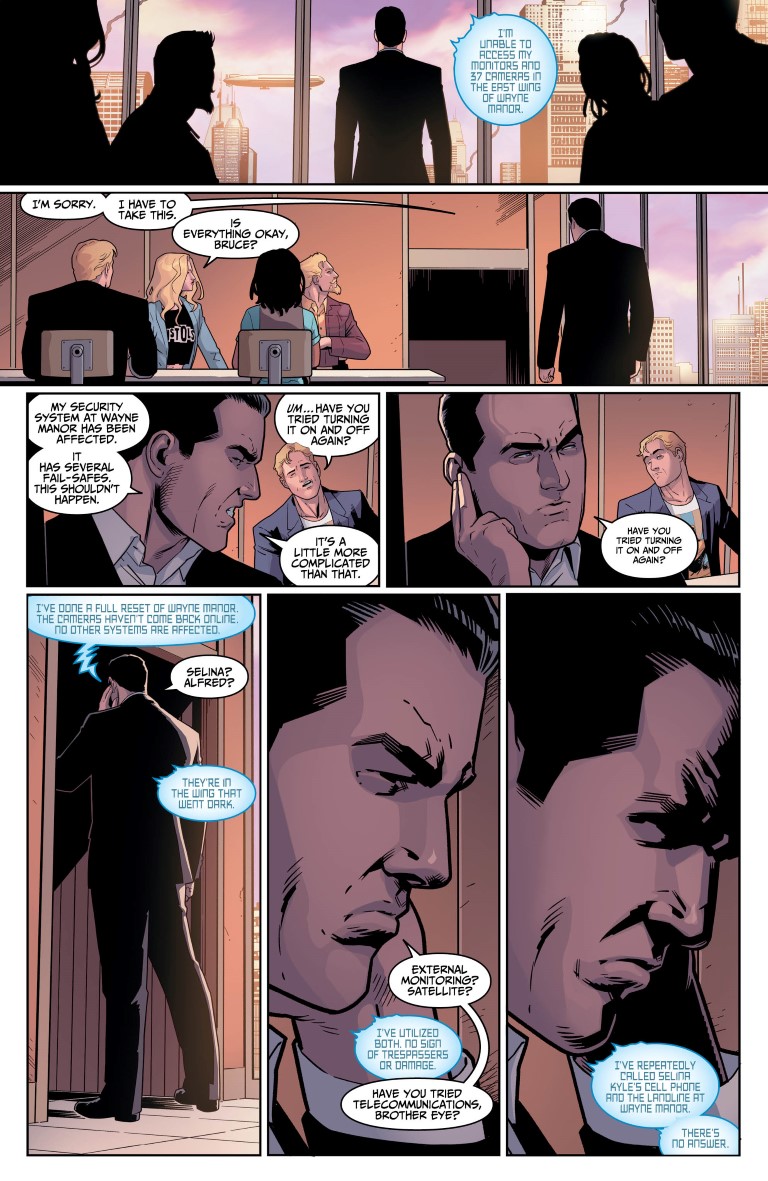 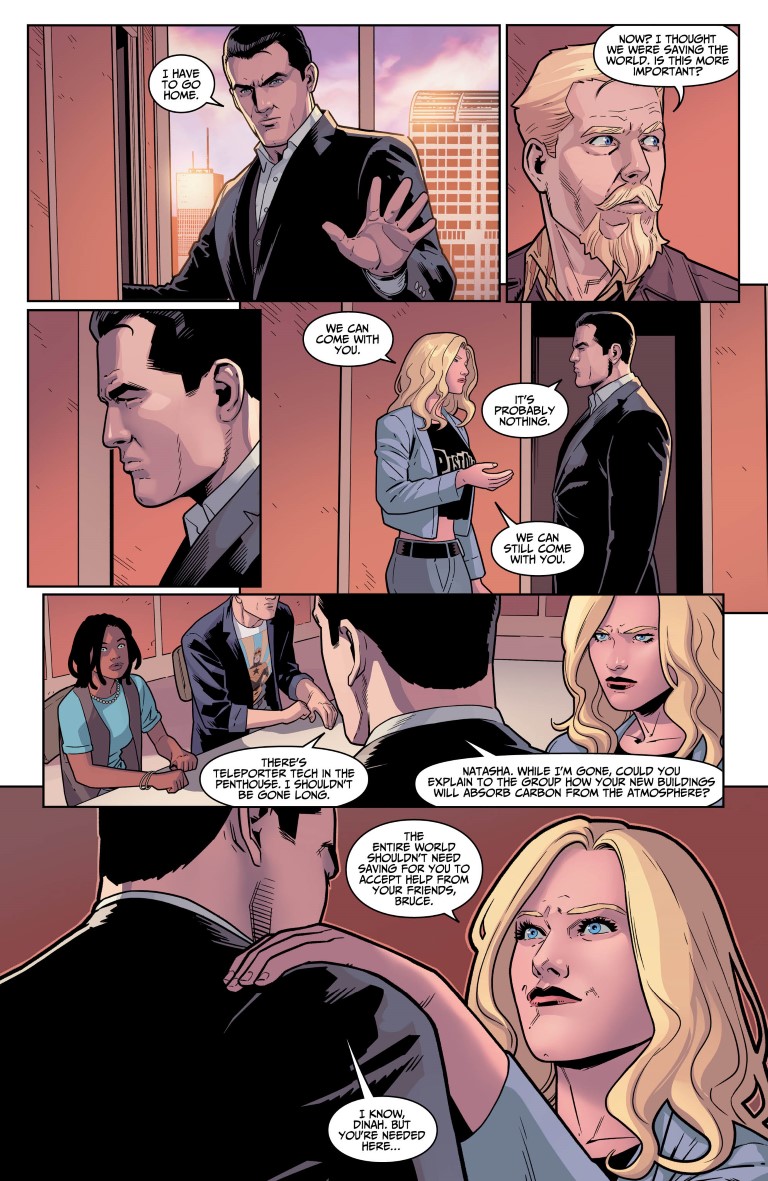 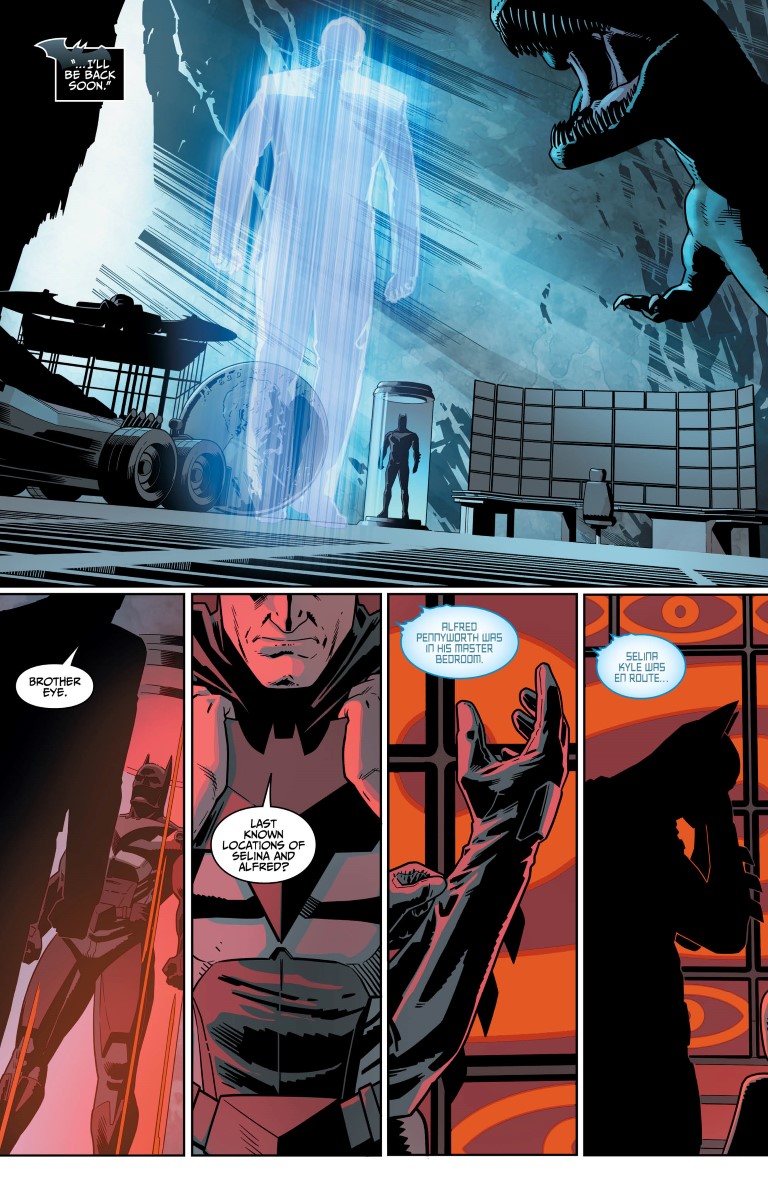 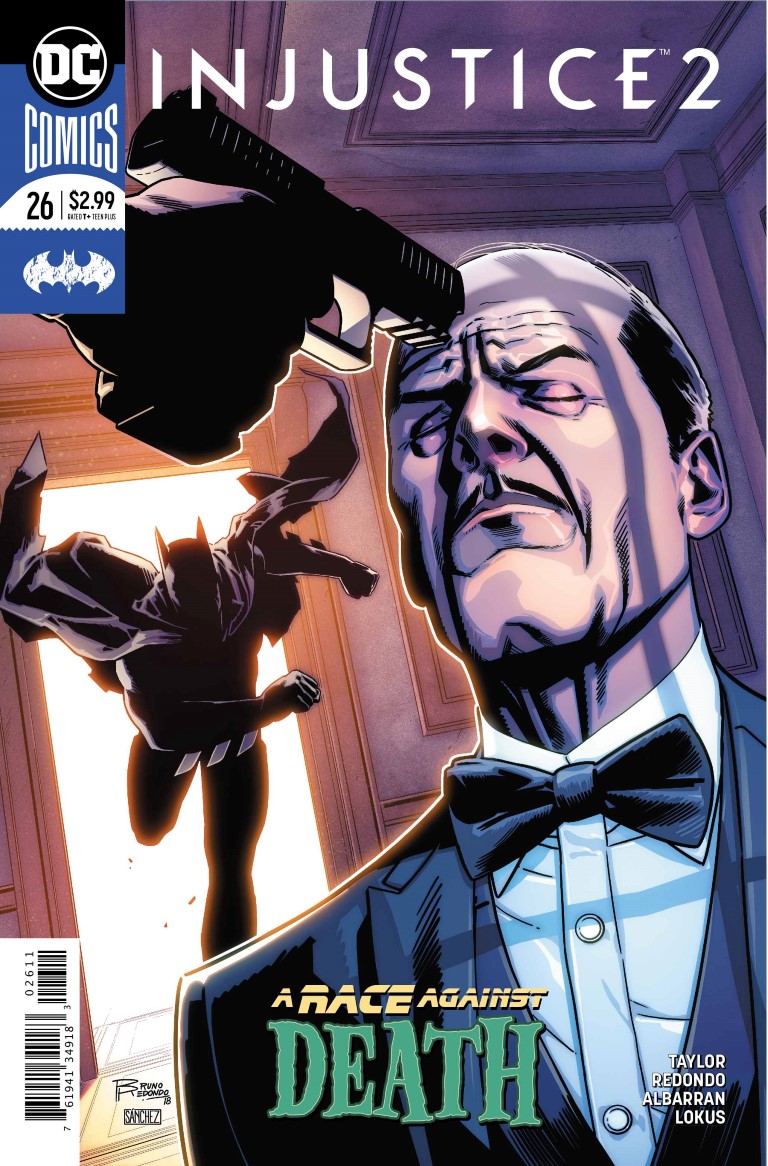