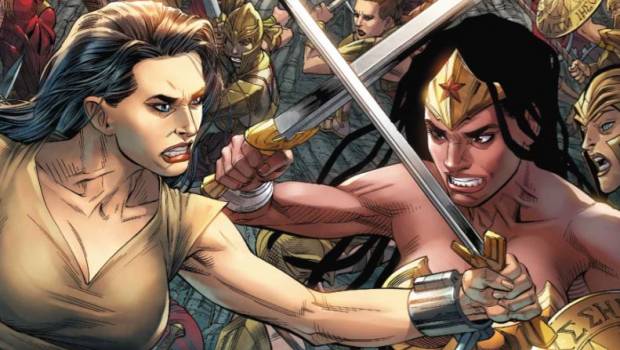 Summary: Injustice 2 #16 (Escape from Paradise Island) was a fun breather

As the proverbial @#$! hits the fan on Paradise Island, an epic battles ensues between the two warring factions of Amazons. One side is led by Nubia who is the current holder of the Wonder Woman mantle and the other is Antiope who is leading the charge to rescue Diana whom was responsible for heralding an unjust war. Superman’s cousin Kara has also sided with Antiope and manages to free Diana from her chains made by Zeus.

Needless to say, with Diana free, the forces of Antiope get the upper hand and as they flee Themyscira on board a ship, Kara uses her powers to move this vessel quickly and with ease away from this island. Part 2 of this comic revolves around Barry Allen who has found himself in self-imposed exiled in writer Tom Taylor’s land, Australia after siding with the broken Superman. It is here where Barry has forced himself to walk and not use the speed force.

However Fate intervenes (not the Doctor) when a truck is about to crash and Barry returns to the speed force in order to save the driver. As a result, he comes under the attention of Batman again who gives this former Flash a warning to stay out of trouble and not to ‘break’ their agreement again.

We also learn that Barry is in Australia heading to the most boring place in this country to meet Mitchell Davies who is supposedly dead from the war against heroes by Superman, however he was severely injured. Barry apologies and offers to help Mitchell this former hero called Galaxor engage in rehabilitation in an emotional scene.

Injustice 2 #16 was a breather after the epic ‘conclusion’ with Ra’s al Ghul and it did feel a little like a filler, however it was interesting to see how Diana was rescued from Paradise Island and thankfully with minimum causalities.  I also enjoyed seeing Barry atone for his sins and to help Galaxor plus it was a well illustrated issue with all involved.

Sure it was a breather but still an enjoyable read! 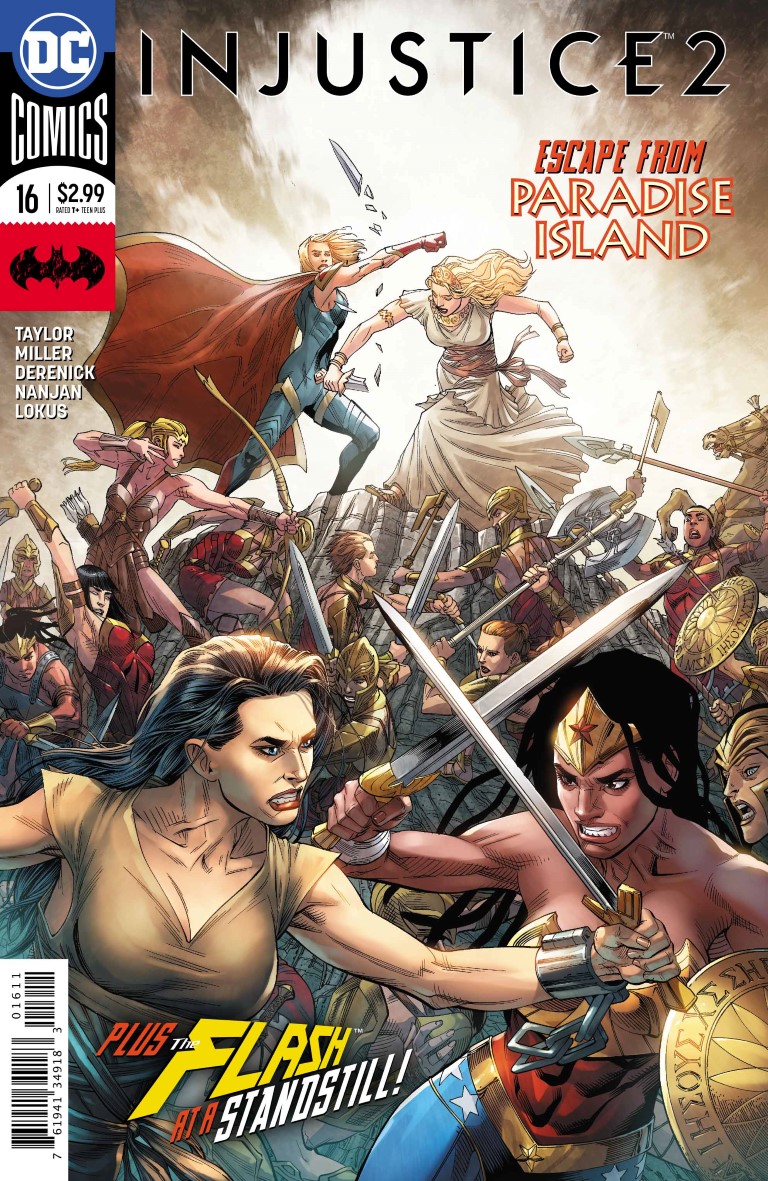 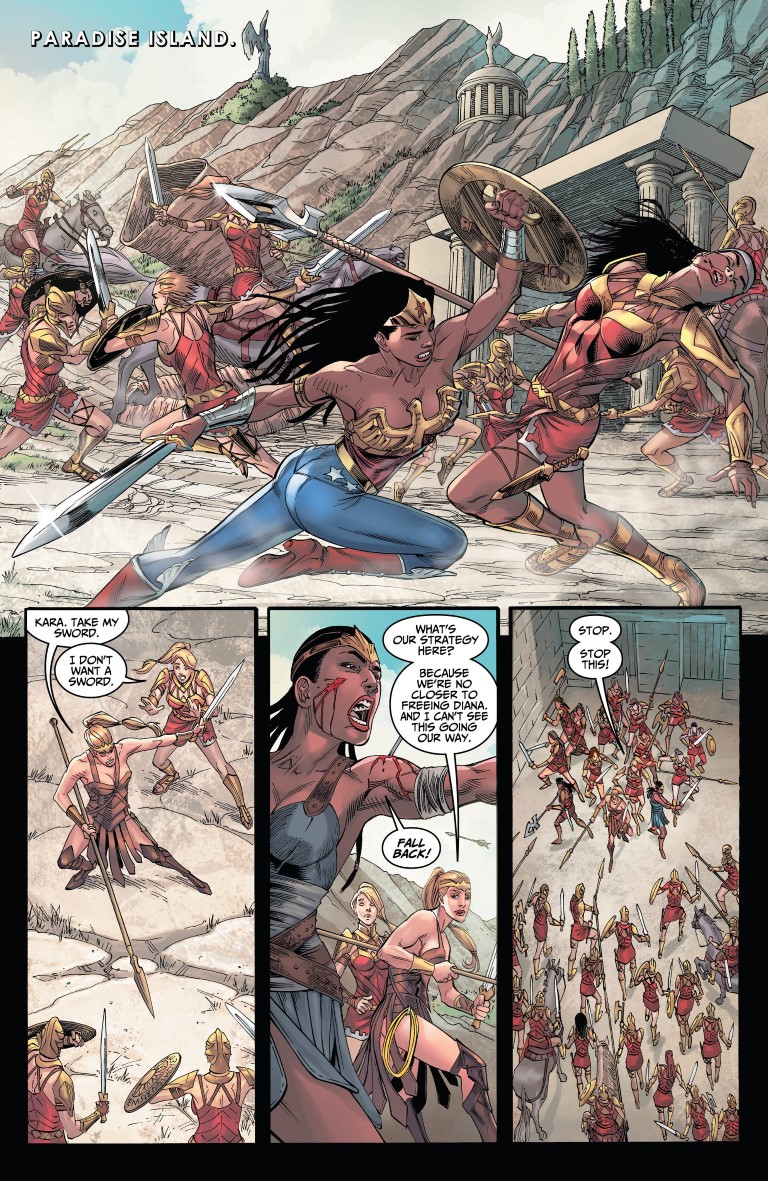 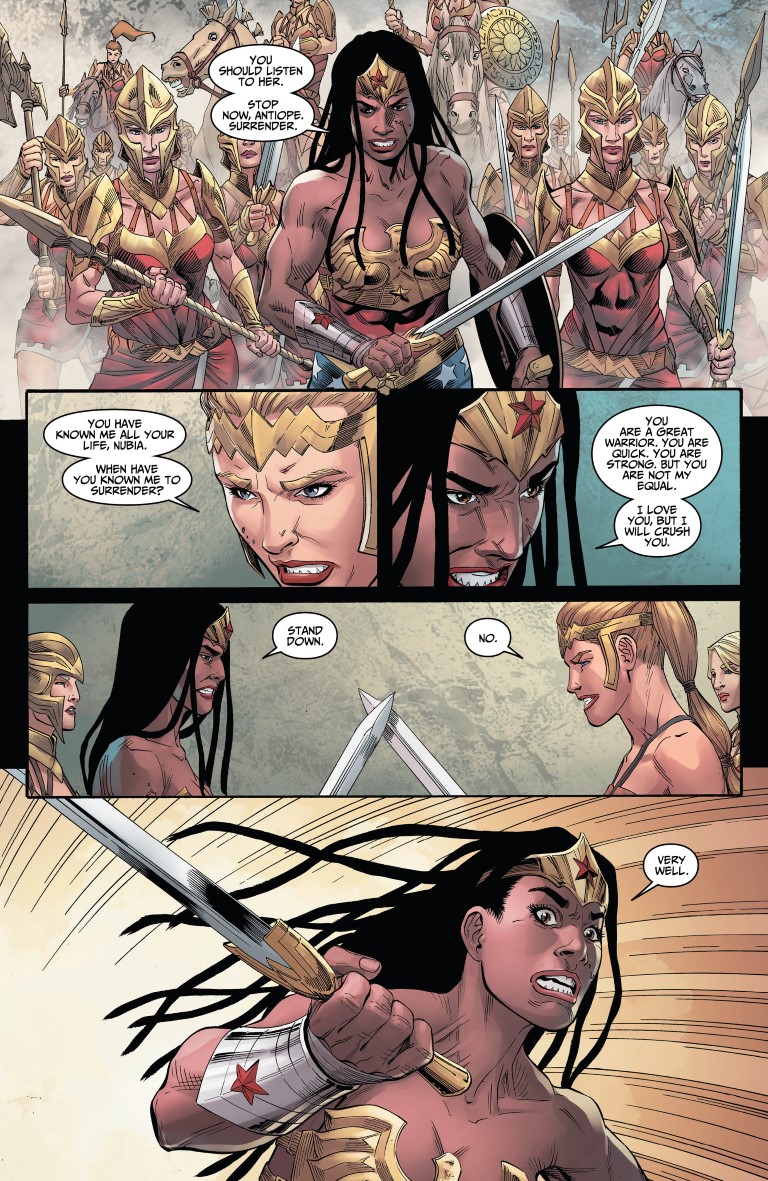 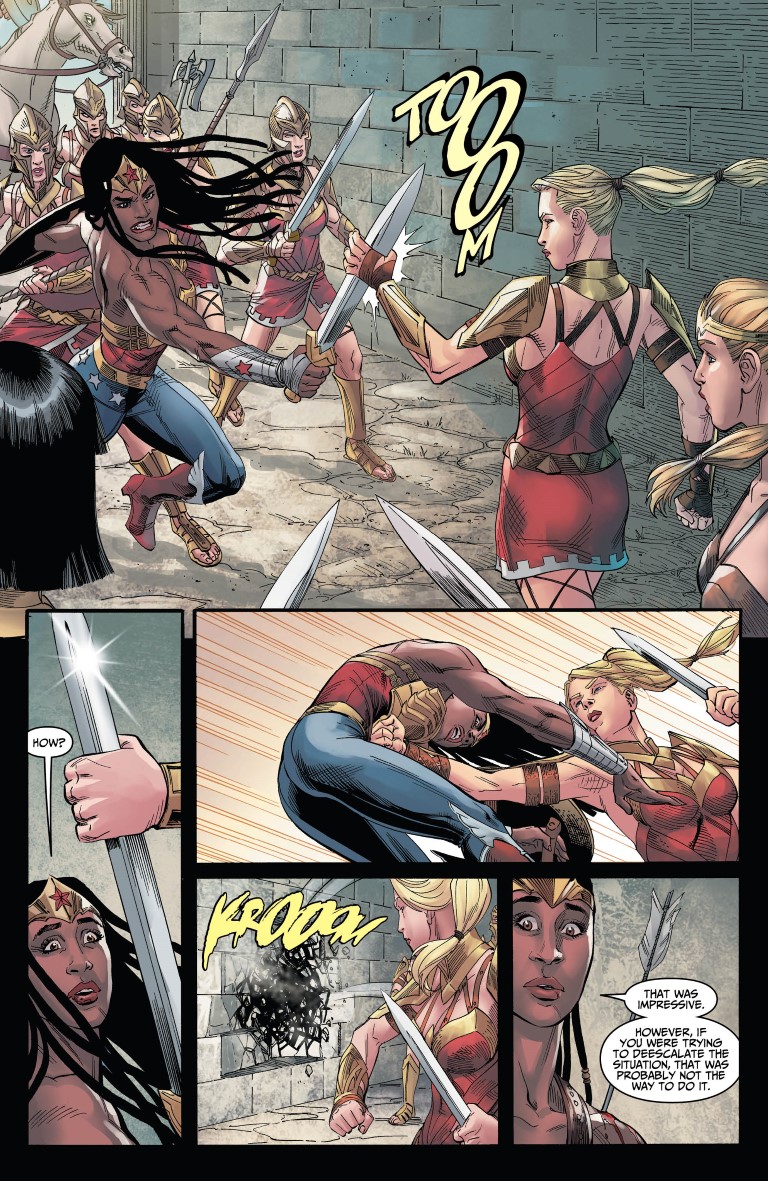 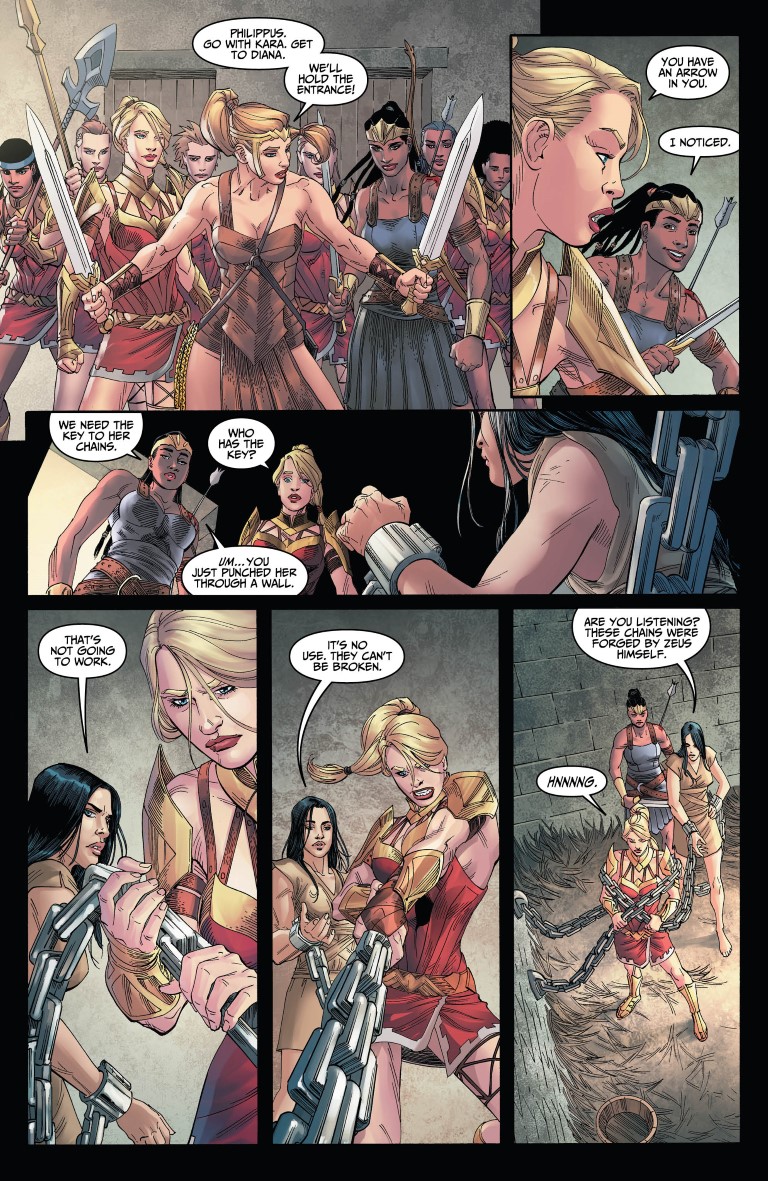 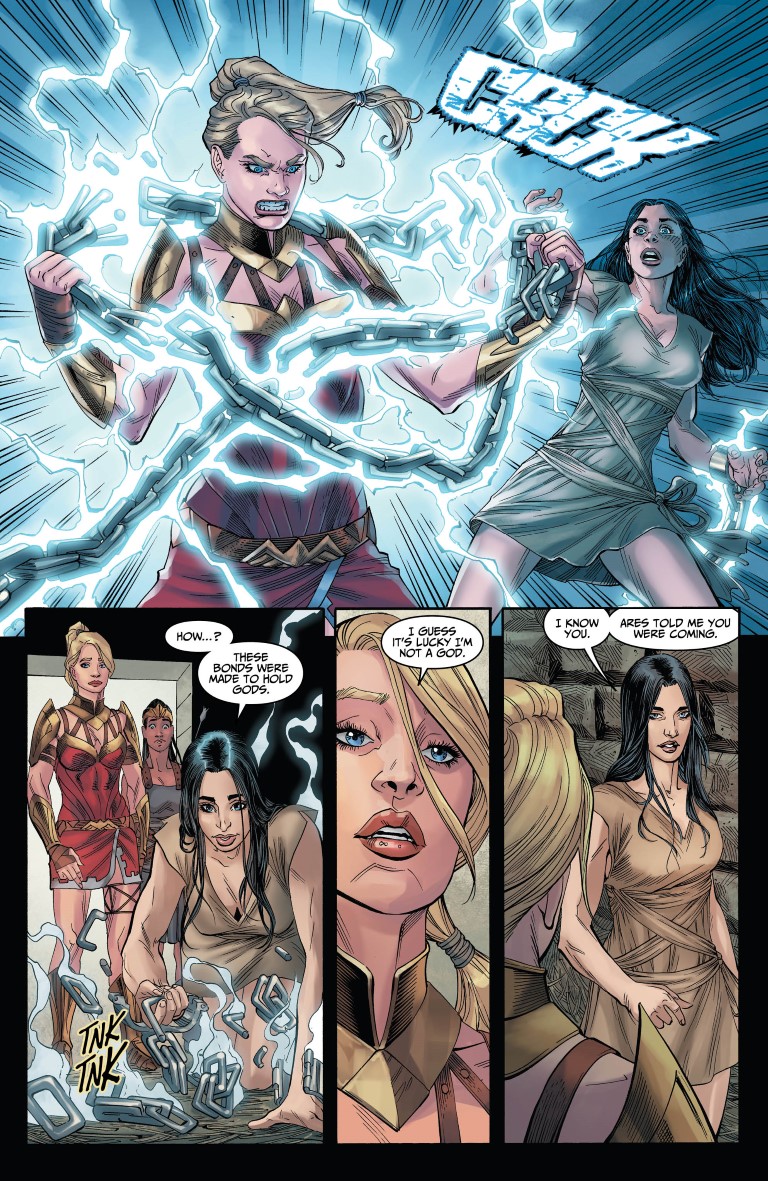