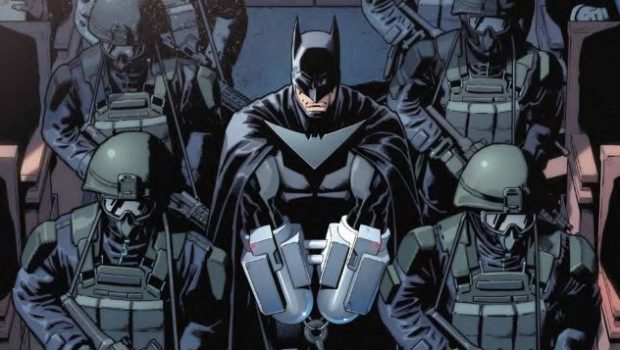 Summary: Injustice #14 was a nice breather before something big!

Taylor… Sampere… they’re like the Hollywood creators of the DCU as they deliver another epic issue from the crazy Injustice universe.

The issue commences with a quick revisit to the previous events such as Dinah Lance (aka Black Canary) accompanying the Wildcat Ted Grant into surgery after being brutally shot to the assassination of the President of the United States courtesy of the corrupted “Aqualad” and Blue Beetle attempting to apologise for his hotheadedness which caused the catalyst to the destruction of some of the world’s most endangered animals.

Like previous issues, Tom Taylor does some awesome characterisation and I loved the moment between Plasticman and Blue Beetle, with the younger hero really needing a pep talk. There’s also a touching moment between Bruce and Alfred as he attempts to mend his broken father figure.

Then there’s the excellent dialogue between Blue Beetle and Booster Gold as they discuss the mistakes they made… and a great comedic comment by Booster about not drinking and time travelling as he ended up punching Triceratops. Jefferson Pierce (aka Black Lightning) is also sworn to be the next President of the United States and Bruce Wayne is summoned to congress as a ‘please’ explain, regarding the events leading to the assassination.

The Batman story also has a parallel one running at the same time as Bruce takes out his aggression on some more ‘normal’ criminals and it’s these elements that makes this series such a joy to read, not to mention that Booster and Beetle have come together to save the world.

The issue ends with Batman activating the ominous Brother Eye as once again Taylor teases the reader. Complimenting the story was the truly gorgeous art of Daniel Sampere who was born to draw characters from DC with larger than life panels and characters filled with emotion. Taylor and Sampere are a true team to be reckoned with which creates a match made in creator heaven with excellent story telling and some kick-ass artwork.

This was a great breather as we’re given a recap on how things went over the last few issues and more importantly, there’s a storm coming and it’s going to be big! 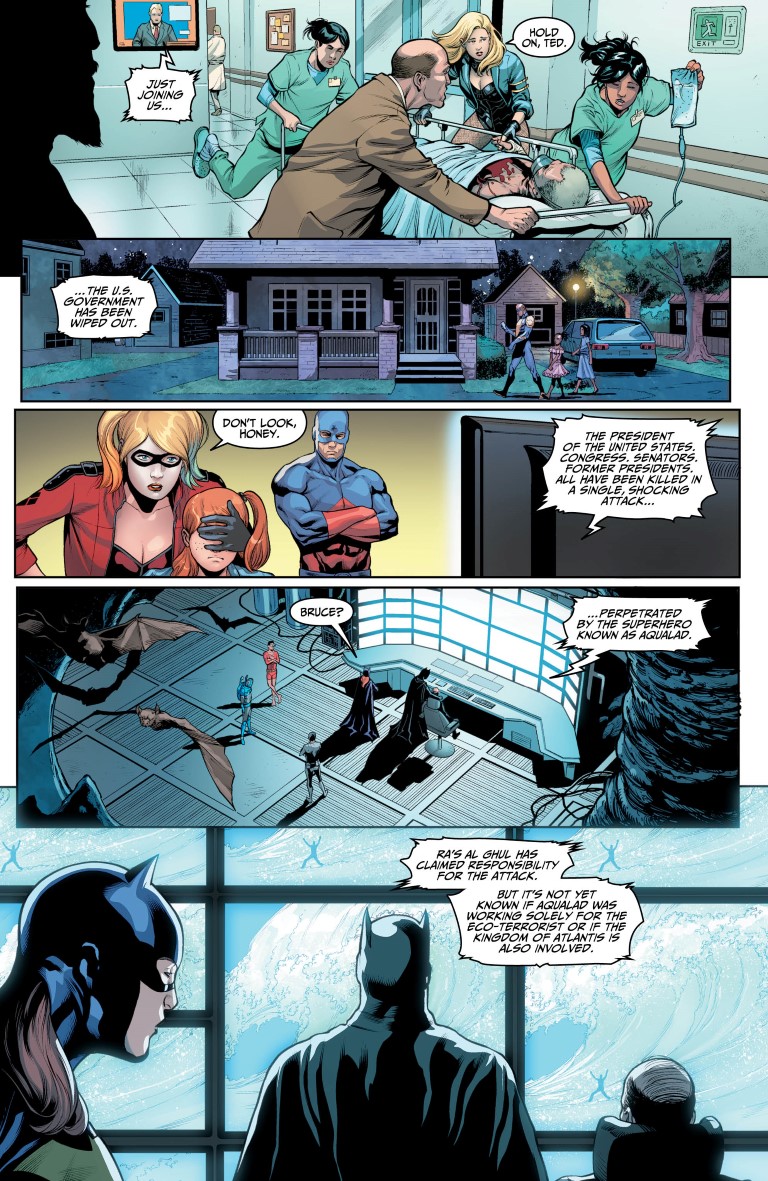 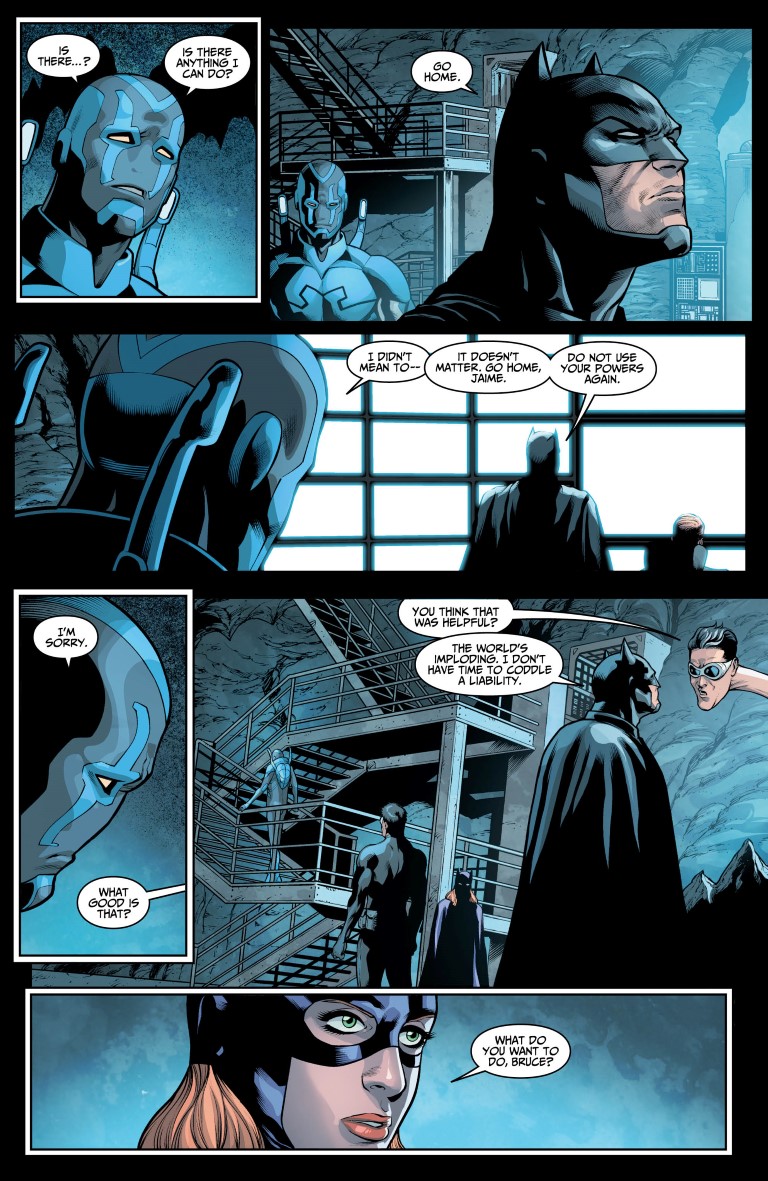 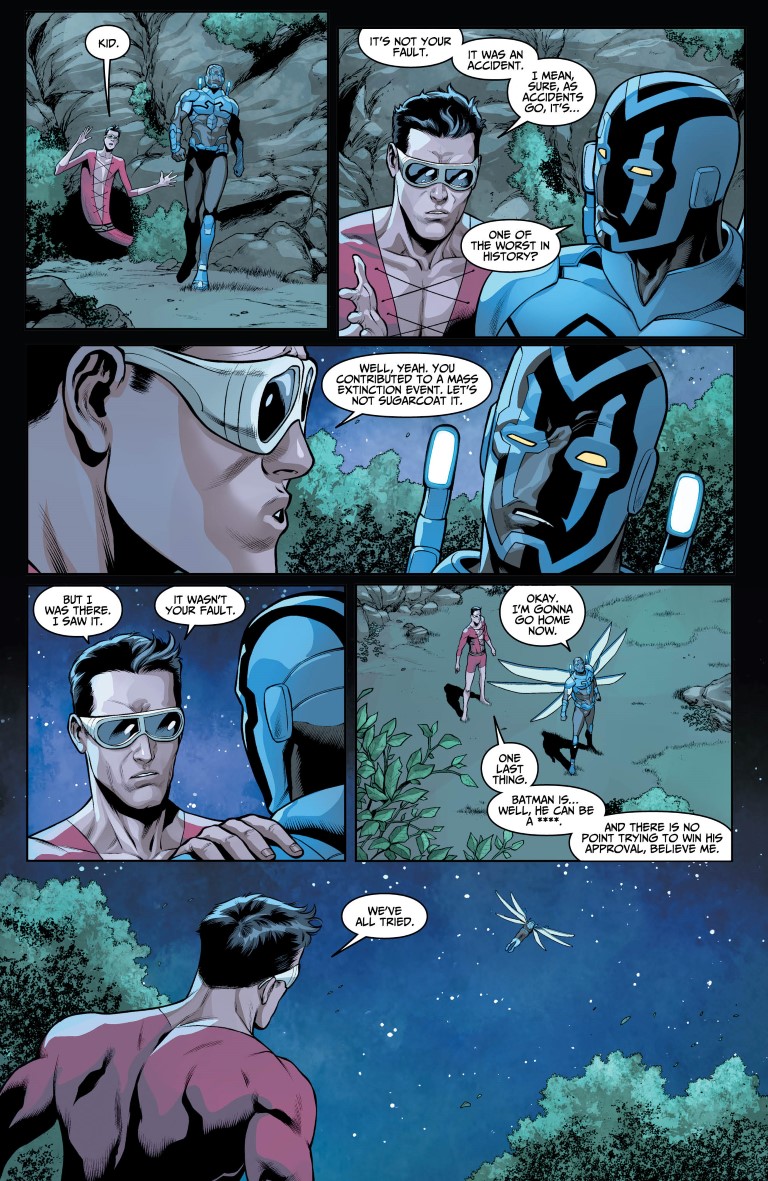 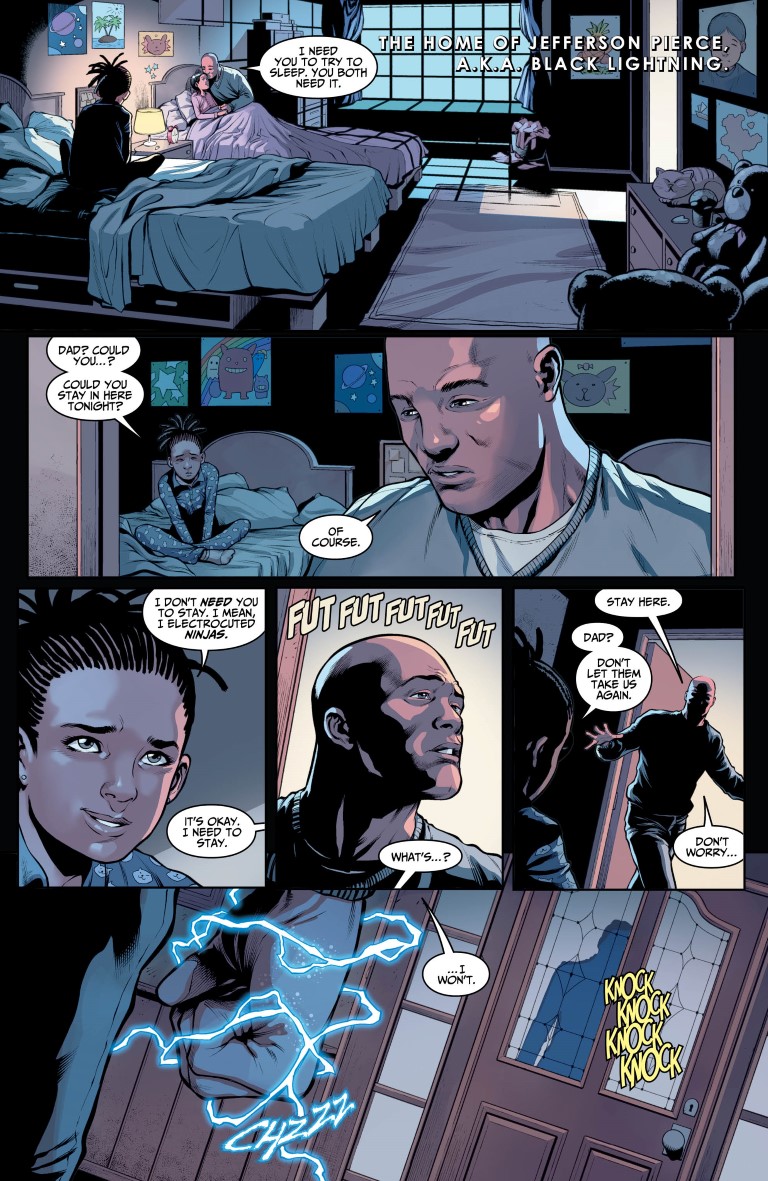 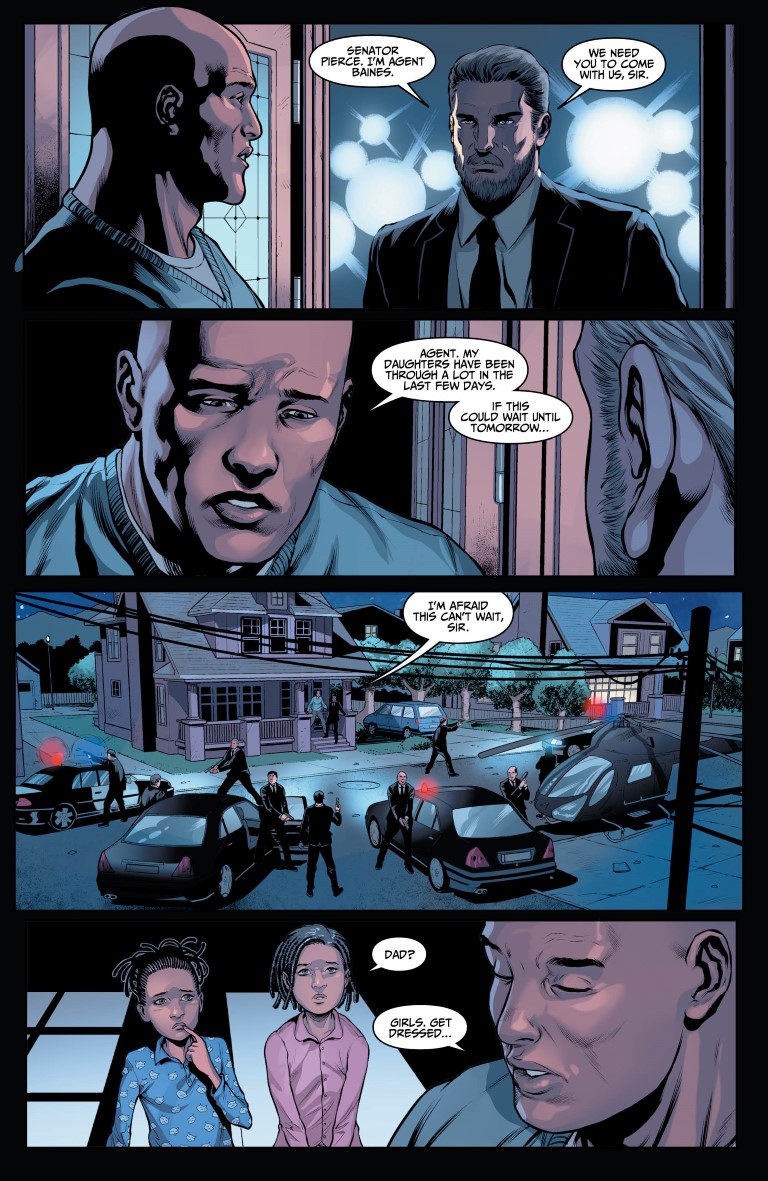 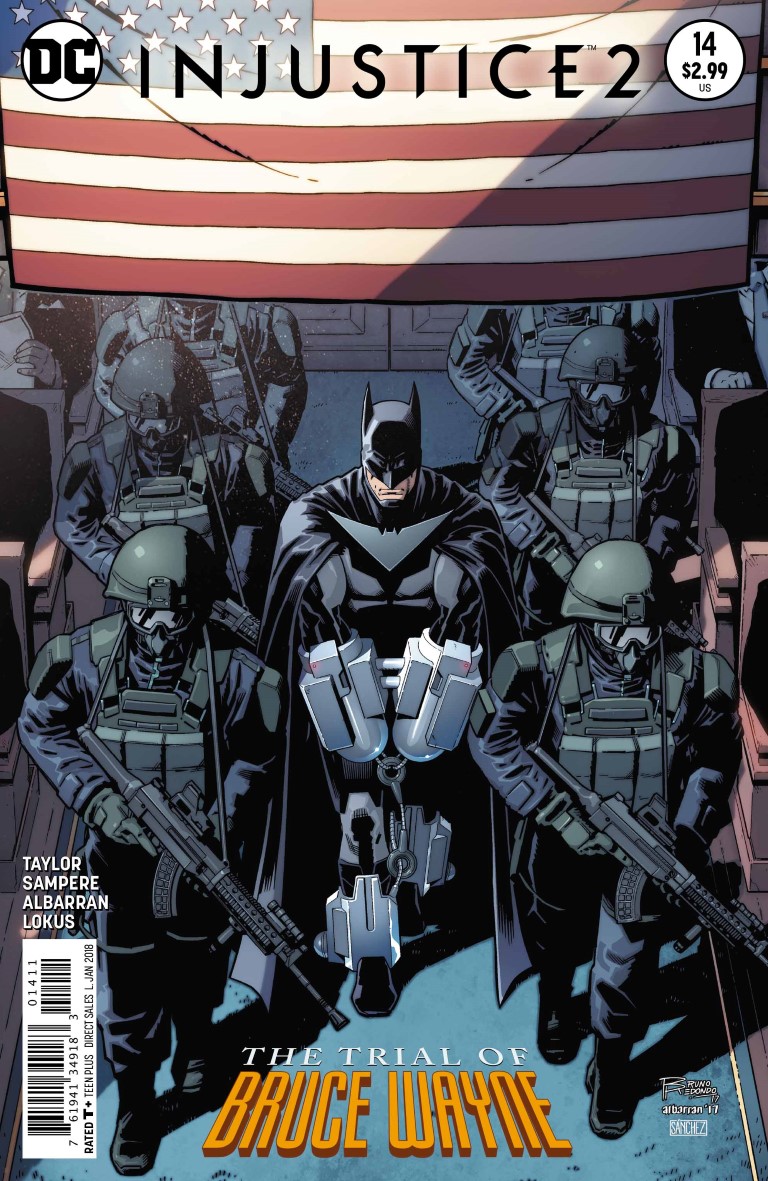