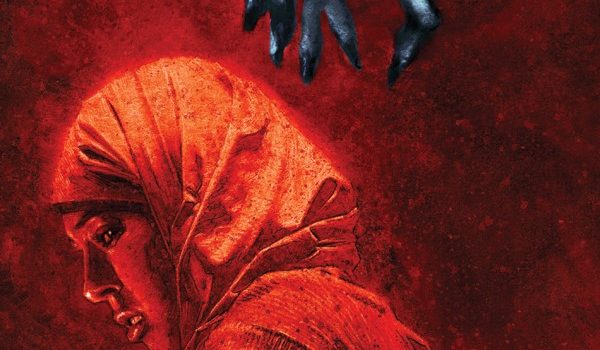 Bestselling writer and former Vertigo editor Pornsak Pichetshote and artist Aaron Campbell give horror a new name in the forthcoming INFIDEL set to launch from Image Comics this March 2018.

Rife with political undertones, the new series will explore Islamophobia through a haunting and chilling story about one American Muslim woman and her multi-ethnic neighbors who move into a building haunted by creatures that feed on xenophobia.

“I’m a huge fan of horror and was really interested in a horror story that more accurately reflected the multi-racial world we live in and the fears that seem to come with it,” said Pichetshote. “Aaron, Jose, Jeff, and I are really trying to take a classic horror staple—the haunted house—and update everything about it—setting it in the heart of the city, giving it a multi-racial cast where those backgrounds actually matter to the turns of our story, and centering our horror around the very distinct fears of today. I’ve taken to calling Infidel ‘political horror,’ and while we’ve been cooking this project for a while, the success of movies like Get Out make us optimistic that audiences will be as hungry to read something like this as we are to make it.”

This tautly-woven new series tackles controversial topics in race and racism and how it can affect people from different cultures. INFIDEL features a diverse, multi-ethnic cast where character backgrounds affect the plot twists and pacing as the story unfolds from issue to issue.

Campbell added: “The horror genre has always been near and dear to me. From an early age it has shaped much of my artistic sensibilities, showing itself in deep shadows, gritting locations, and emotional dread.  Really good horror gives us a safe place to indulge in our most primal emotions, confront fear eagerly, and ask deeply loaded questions with acerbic abandon. Great horror adds to this a dark mirror that reflects, with uneasy clarity, the existential and ontological threats of our humanity. For Stoker it was our place in nature. For Lovecraft, our place in the universe. Romero’s zombies threaten our individuality and King gave us normal people who could stand as surrogates for our own terror. Now, more and more, the genre is concerning itself with the threats of us vs. them. Tribalism. And so I could not be more proud or excited to be a part of the Infidel team. Finally, I get to work with the incomparable Jose Villarrubia who I’ve known since my MICA days as a shaggy haired illustration wimp. And Pornsak has written a truly terrifying tale that cuts directly to the quick of current events. It’s a story about the broad brush of fear. A young, wonderful, hateless girl wants to be, just be, but the fearful few have other plans…” 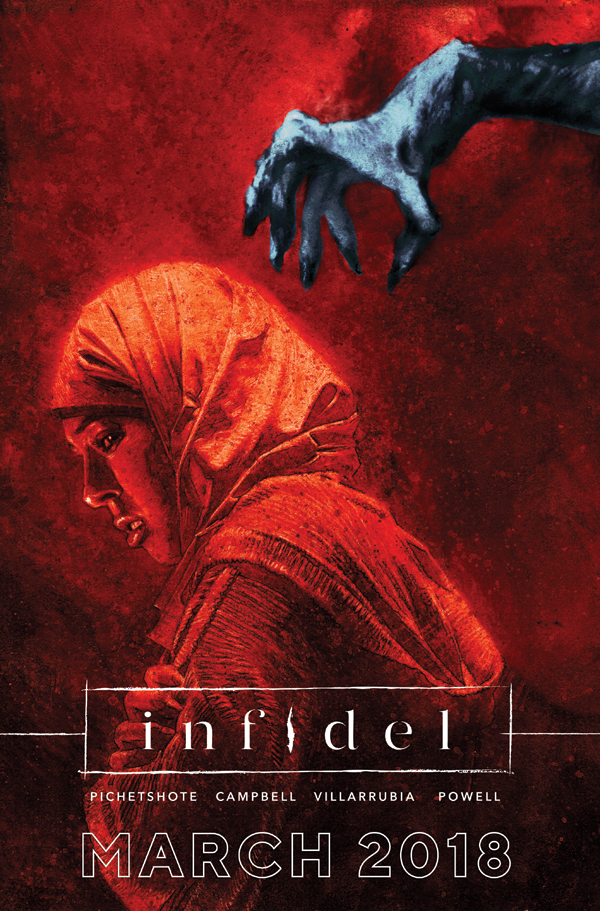