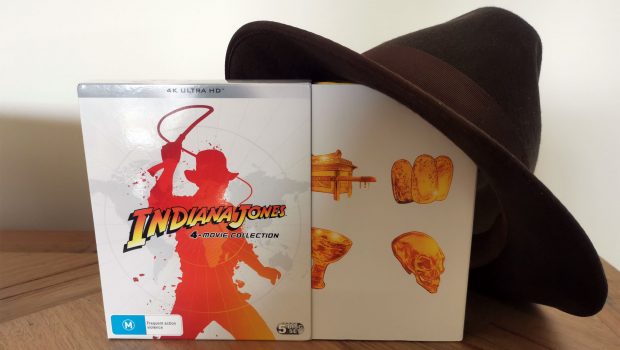 Summary: Indiana Jones 4 Movie Collection is a beautiful remastered journey of one of the greatest action adventure franchises in movie history. 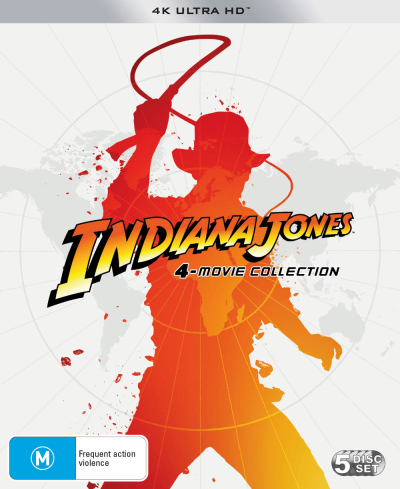 The cinematic classic that started it all – Raiders of the Lost Ark – celebrates its 40th anniversary this year, having first introduced audiences to the man with the hat on the 12th June, 1981. Forty years later, the legendary hero continues to captivate new generations of fans. Now, for the first time ever, all four films are available together in 4K Ultra HD with Dolby Vision and HDR-10 for ultra-vivid picture quality and state-of-the-art Dolby Atmos audio. Each film has been meticulously remastered from 4K scans of the original negatives with extensive visual effects work done to ensure the most pristine and highest quality image. All picture work was approved by director Steven Spielberg. In addition, all four films were remixed at Skywalker Sound under the supervision of legendary sound designer Ben Burtt to create the Dolby Atmos soundtracks. All original sound elements were used to achieve the fully immersive Dolby Atmos® mixes while staying true to each film’s original creative intent.

The Indiana Jones films are a true cinematic legacy and it all being in 1981 with Raiders of the Lost Ark that starred Harrison Ford as the enigmatic adventurer and archaeologist Doctor Henry Jones (aka Indiana Jones). Aligning with its 40th anniversary, Paramount have re-released all four films in stunning 4K Ultra HD with Dolby Vision and HDR-10 that aesthetically looks amazing on this format. The video quality is fantastic and is considerably sharper, brighter and overall clearer than its previous Blu-ray release that was also remastered. 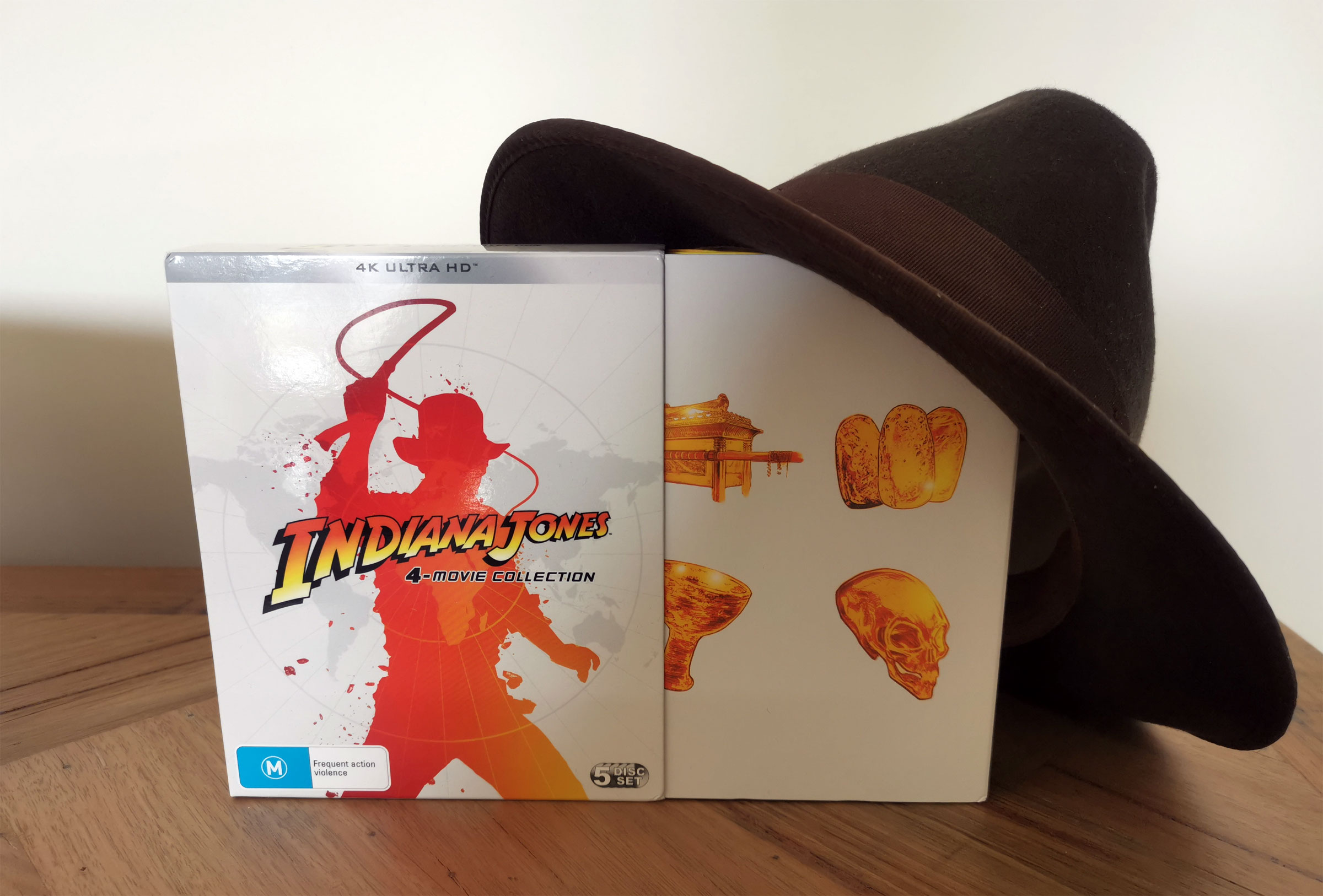 Adding to the visuals is the Dolby Atmos audio which create a true in-home cinematic audio experience that must be heard to be appreciated and the louder the better. When matched with the impressive visuals and audio, this 4K release is indeed the definitive version of Indiana Jones.

While it should be noted that the Blu-ray version released in 2012 titled Indiana Jones the Complete Adventures also touted restored images and audio that is still impressive but when compared to the current 4K release, the later is far superior and really maximises today’s readily available home cinema technology to deliver an even more immersive experience for your senses. 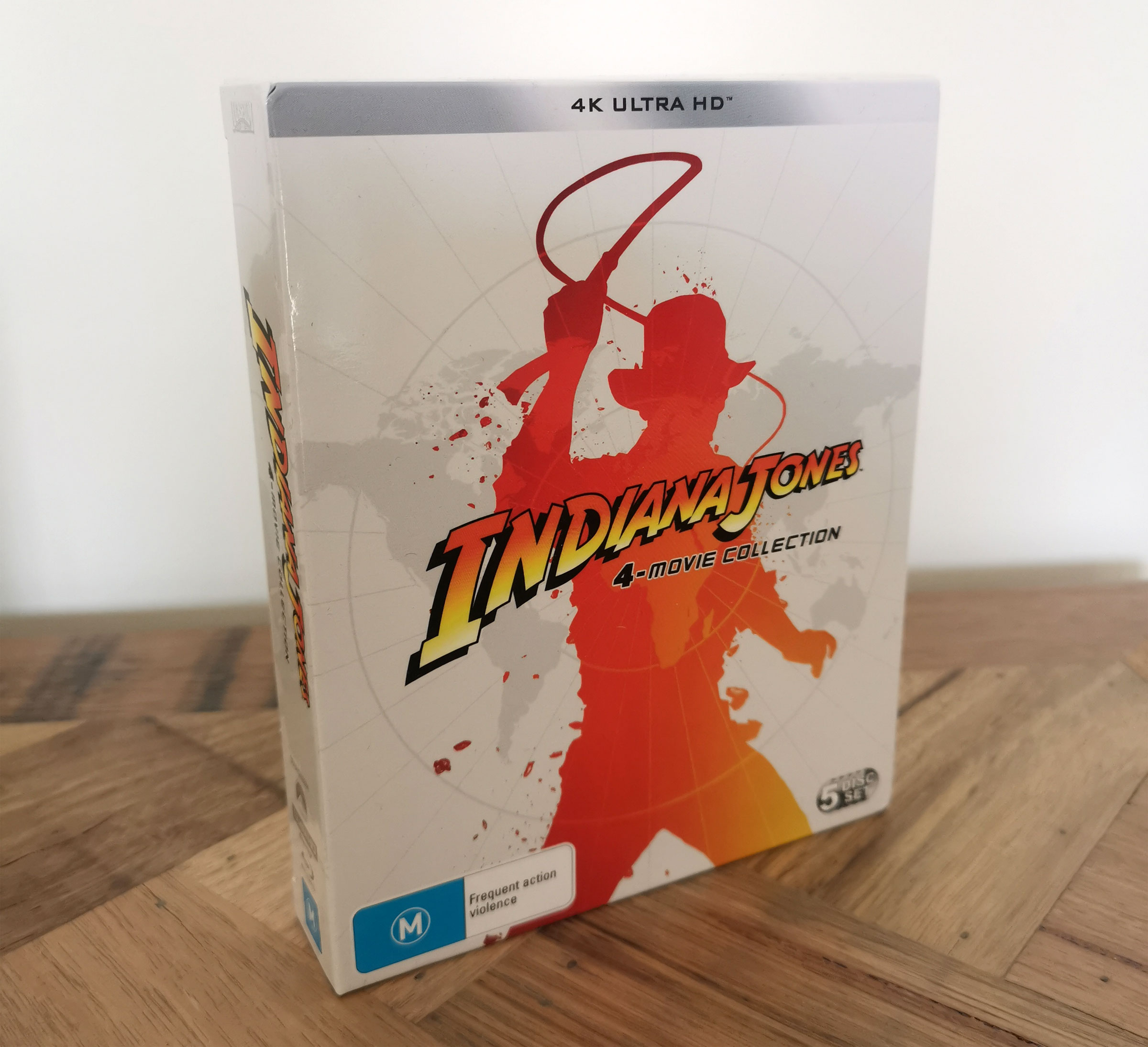 Another highlight with the visuals is that they still pay homage to the ‘look’ that these films were aiming for, those classic adventure serials of the Golden Age of Hollywood but obviously considerably clearer. Sure the first three films may lack that modern feel but considering the age, it’s a moot point thanks to the restored footage. The last film in this collection Indiana Jones and the Kingdom of the Crystal Skull (2008) is pure reference material and while I wasn’t a huge fan of the last film, seeing it again made me appreciate it even more. 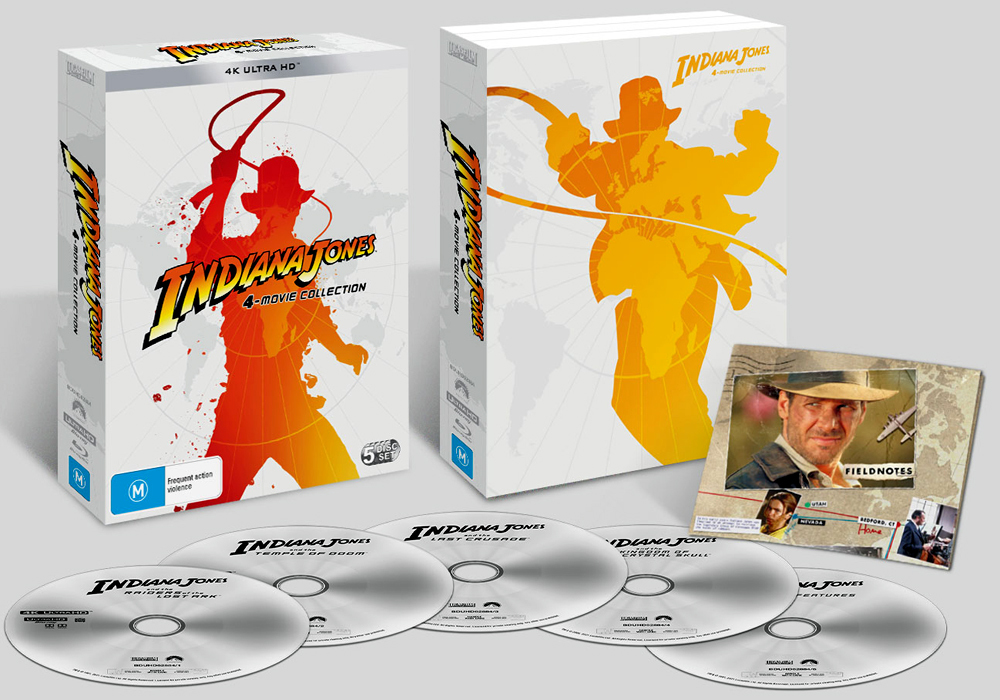 Newcomers may be thinking what’s all this fuss about Indiana Jones? The character Indiana Jones is the ultimate action hero who was portrayed perfectly by Harrison Ford as this intelligent yet ass-kicking archaeologist who not only wanted to expand the knowledge of ancient cultures but tries to ensure the relics of the past were safely in museums opposed to treasure hunters and private collectors. He also fought against the insidious threats against mankind by preventing ancient powerful artifacts from falling into the hands of the Nazis, Russians or the Kali-worshipping Thuggee Cult… cut in the iconic Indian Jones theme!

The first movie (and still the best) is undeniably The Raiders of the Lost Ark which sees Indiana (or Indy to his friends) hired by the US government to find the legendary Ark of the Covenant before the Nazis. Set in 1936 and just before the turbulent era of World War II, Indy is joined by former lover Marion Ravenwood (Karen Allen) and the loveable sidekick Sallah (John Rhys-Davies) to find this rarefaction before his nemesis Dr. Rene Belloq (Paul Freeman) finds it for the Nazis.

With action, intrigue, romance and comedy, Raiders of the Lost is indeed reminiscent of those 1930’s serials which featured treasure hunters and pulp action heroes as they embarked on a larger than life adventure. This formula was successfully revamped by George Lucas and Steven Spielberg which in turn created one of the best action films ever created and this 1981 film still holds up exceptionally well today. It is more than just a classic but defined Hollywood action films for years to come and saw many imitators. 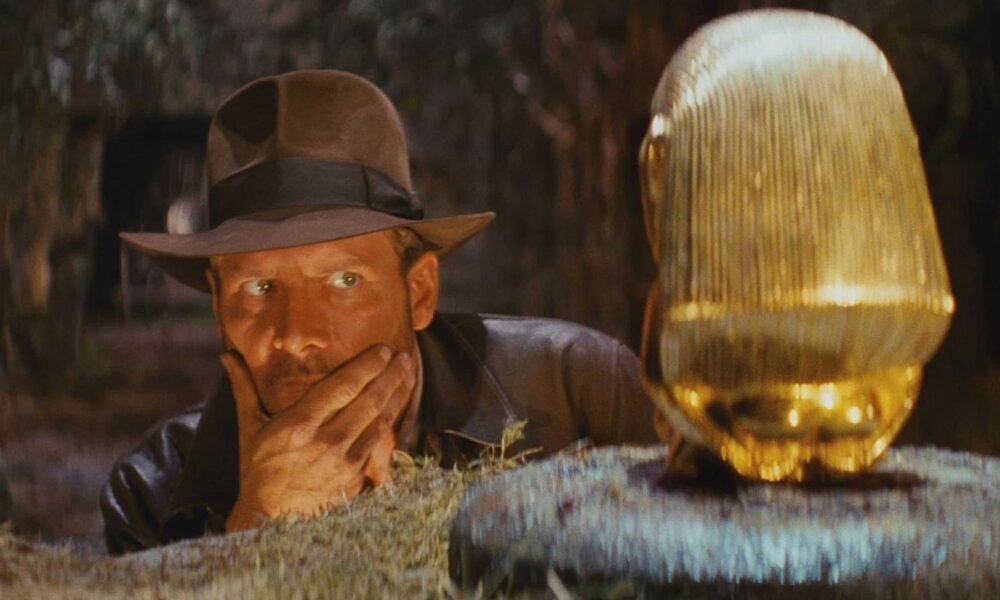 As this first film proved so popular with movie goers, Spielberg returned to the franchise with the Temple of Doom that became a scream fest thanks to the lovely Kate Capshaw who played a singer called Willie Scott thrust into an Indiana Jones adventure. A prequel to the previous film (set in 1935), the story begins in Shanghai where Indy is setup by a local crime boss that sees all hell break lose in a nightclub. Fleeing Shanghai with Willie Scott in tow and Indy’s 11-year old sidekick Short Round (Jonathan Ke Quan), they soon find themselves in India after a spectacular plane crash. 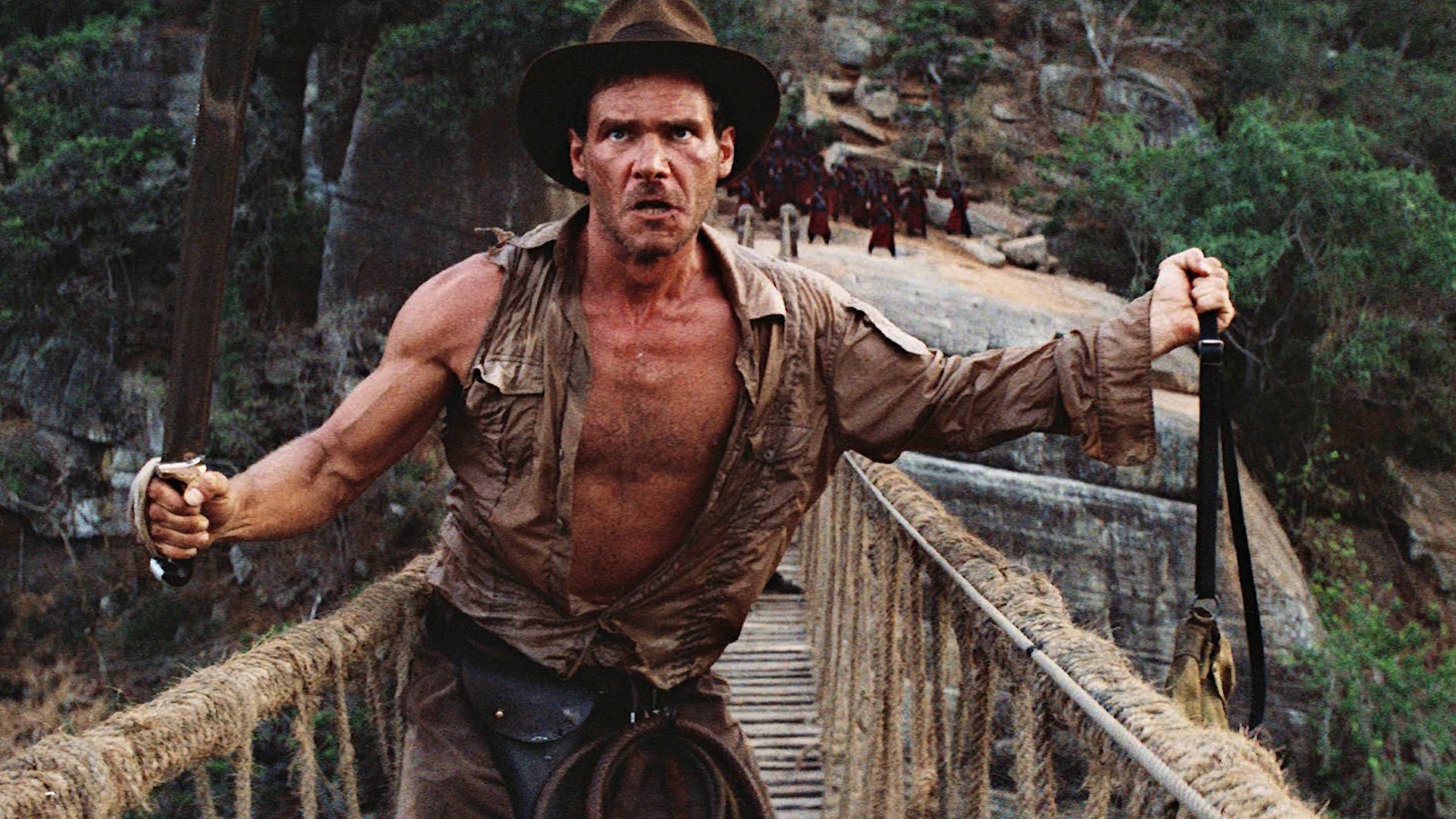 Considerably darker than the previous film, Indy and co are forced to save a local village from the bloodthirsty Thugee Cult who use black magic and human sacrifice to assist their leader Mola Ram (Amrish Puri) find the missing Sankara stones in order for this cult to rule the world. When I saw this film as a kid, I thought it was quite intense, especially due to the graphic onscreen violence when Mola Ram sacrifices a local to his dark god, however several years later, this was unfortunately my least favourite of the franchise due to the over the top and unrealistic action scenes plus Kate Capshaw screaming her way through the entire movie. Even so, it still had some very entertaining and memorable moments.

This thankfully changed with the third film which was set in 1938, The Last Crusade (1989) which returned the franchise to its roots with Indiana Jones teaming up with his father, Dr. Henry Jones (Sean Connery) as they searched for the Holy Grail in order to thwart the Nazis from obtaining this relic. Nobody wants immortal Third Reich leaders! Where this movie did shine is through the great chemistry between the late great Sean Connery and Harrison Ford which created this realistic father son relationship and classic banter. The film also saw the return of John Rhys-Davies as Sallah and the late Denholm Elliott (Raiders of the Lost Ark) as Marcus Brody, two close associates to Indy which added some great comedy into the story. 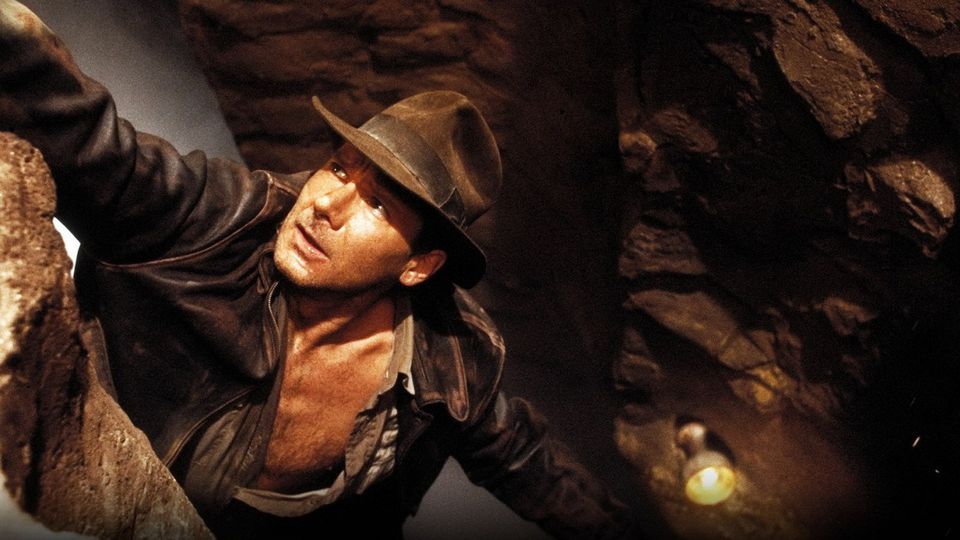 Michael Byrne was also perfectly cast as the villain who played a Nazi General and would stop at nothing to retrieve the grail for the Third Reich. Another standout actor was Alison Doody who played the lovely Dr. Elsa Schneider and used her feminine charms on both the Jones’ to help her find the Holy Grail for the German army. It created this interesting dynamic between all three characters plus several conflicts. Another great highlight of this film was River Phoenix who played a young Indy and gave the viewer the secret origin of how the famed Fedora hat became an integral part of the Indiana Jones mythology. Unfortunately Phoenix passed away three years after the filming. 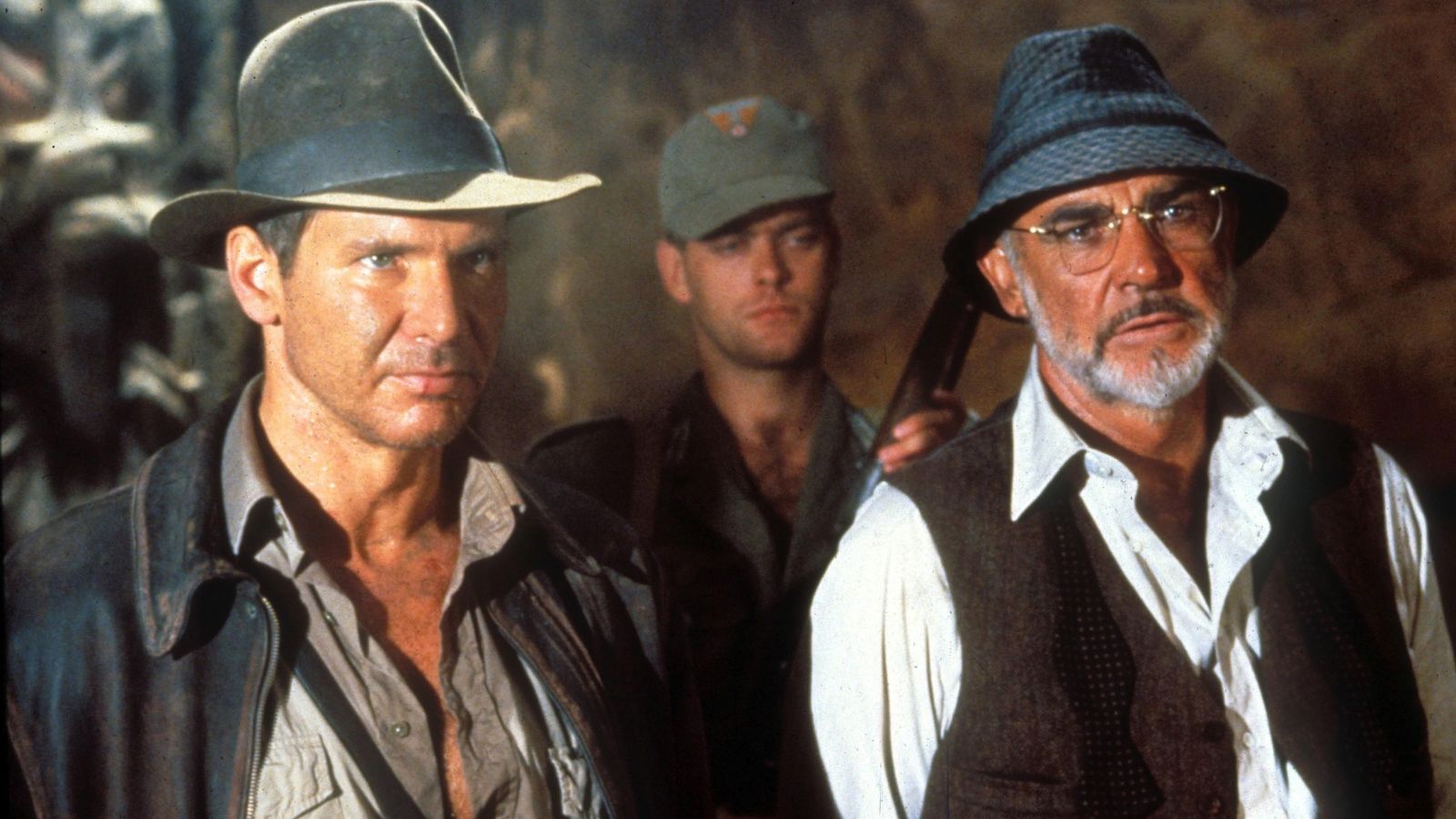 Almost ten years after the third film, George Lucas and Steven Spielberg returned for what seemed to be the final chapter in the series with Indiana Jones and the Kingdom of the Crystal Skull which was based in 1957. The story saw an older Indy team up with his former love from the first film, Marion Ravenwood (Karen Allen) but also his “unknown” son, Mutt Williams (Shia LaBeouf). Regrettably LaBeouf’s character seemed too forced and contrived but thankfully no way as bad as Willie Scott from the second film. 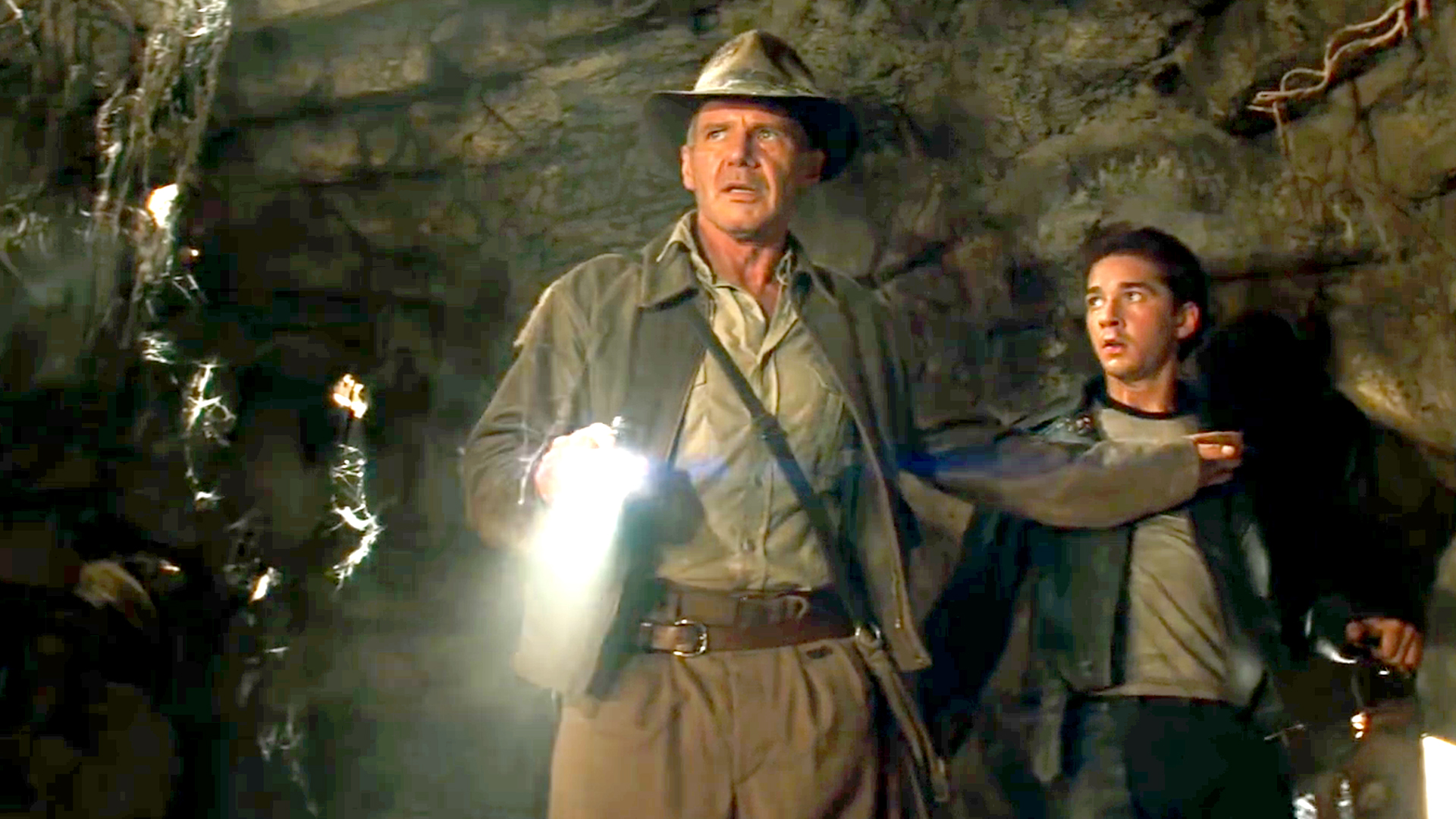 The villainess in the film was Irina Spalko, a Russian scientist that was played delightfully, albeit quite cliched by Cate Blanchett. Spalko forced Indy and his “close friend” Mac (Ray Winstone) to help them find a Crystal Skull of alien origin which was hidden away in an ancient pyramid in Peru. It also contained all the hallmarks of the franchise with plenty of action and over the top scenes that at times felt as if the entire film was a roller coaster. Interestingly, Indiana Jones and the Kingdom of the Crystal Skull was the most glossy of the films and unlike the previous films which seemed more raw and gritty, this new incarnation with CGI looked a little too clean. Nonetheless, it was still a fun film and proved that Indiana Jones still had a place with modern movie goers.

While it doesn’t belong in a museum, the Indiana Jones 4 Movie Collection does belong in your home and if you want to relive the amazing franchise again in glorious 4K, this is a must have release as it looks and sounds exquisite! Furthermore it comes with a whole wealth of content that was also included in the previous Blu-ray release, however it’s still interesting to see how it all came together and built this extraordinary legacy. And yes… Indiana Jones 5 is still happening with a tentative release date of July 2022 after its previous setbacks that stars as Harrison Ford and British actress Phoebe Waller-Bridge. Needless to say, all fans of Indy are eagerly awaiting the next film! 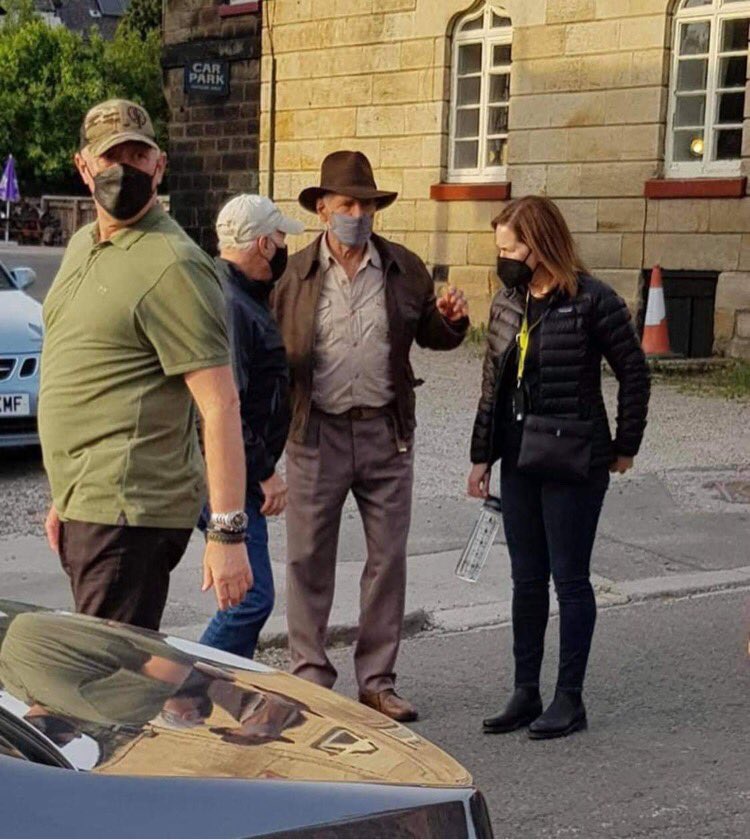 On Set with Raiders of the Lost Ark