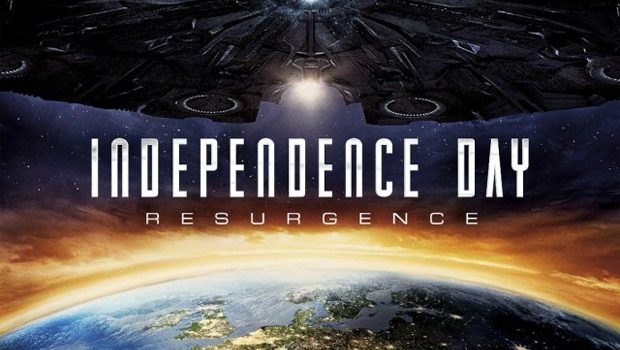 Summary: The aliens are back in Independence Day Resurgence!

Independence Day (1996) was a classic blockbuster that saw mankind defeat a nefarious alien invasion on planet Earth which starred Wil Smith as an ace air force pilot by the name of Captain Steven Hiller and with the help of scientist David Levinson (Jeff Goldblum) plus Thomas J. Whitmore (Bill Pullman), President of the United States of America who happens to be a fighter pilot, they eliminated the threat and saved the planet. The sequel (Independence Day Resurgence) takes place twenty years later after their victory, minus Wil Smith’s character who died ‘off camera’. 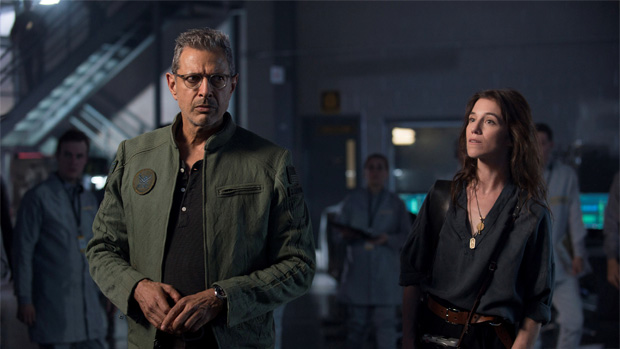 Thankfully mankind have not sat on their laurels and during the last 20 years and with the help of David Levinson, the countries of Earth have banded together to ensure that another threat does not happen. As a result, they have been using the alien technology left on the planet to create their own defences and regrettably that day has come again. Also returning to the sequel is Bill Pullman, Brent Spiner (Dr Brackish Okun) and Judd Hirsch (Julius Levinson) who keep the link to the original film. 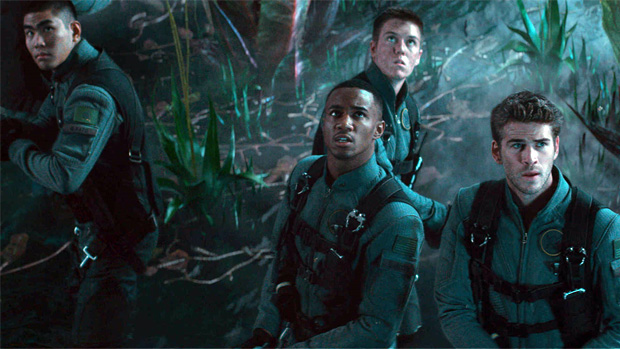 The newcomers of Independence Day Resurgence include Jessie Usher as Dylan Hiller, son of Captain Steven Hiller who also happens to be an ace pilot, Lima Hemsworth as Jake, a pilot with an attitude plus Maika Monroe who plays the daughter of President Whitmore and is also an ace pilot. Together, they are the new generation of Independence Day and needless to say, there’s quite a bit of action as they take their planes to face the enemy directly. The plot of Independence Day Resurgence is clichéd and does mirror the first film slightly as the aliens have returned and needless to say, they are a little pi$$sed at what happened last time to them. 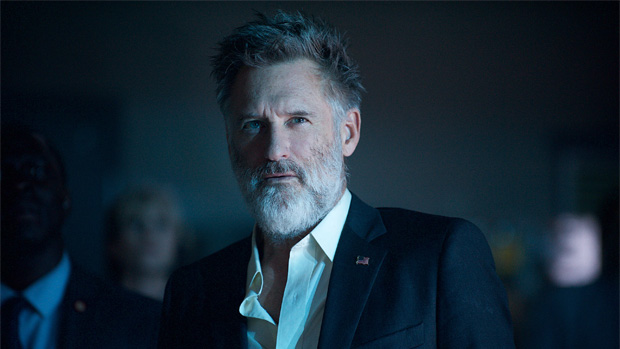 Dialogue is also clichéd and the actors seem to be hamming up their character as a handful of characters once again save the world in spectacular fashion. There is some dramatic moments in the film but for the majority, it’s a little amusing and it seems that the creators have gone through the motions such as the relationship between Patricia and Jake plus the oldies as their almost Yoda-like elders. 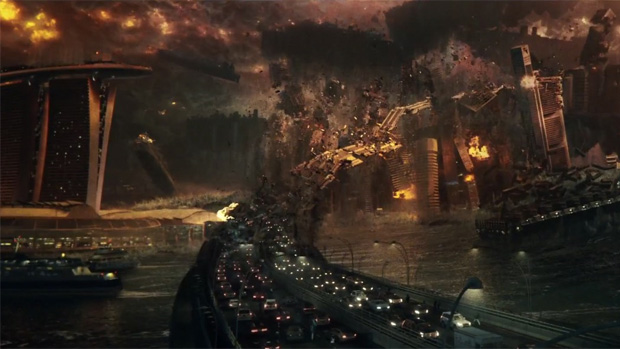 Needless to say, there’s quite a bit carnage in the film and given the mass destruction in the previous film, Earth takes another battering, especially London and it also makes you wonder how many landmarks are left for a third film. However even though the film is way over the top with some hammy dialogue and predictability in the plot, it’s actually a fun popcorn film that is enjoyable at the time yet ultimately forgettable in the end.

The special effects are great and the CGI has definitely come a long way since the original movie. The Blu-ray quality is amazing and really borders on reference quality as does the audio. For special features, Independence Day Resurgence is jam packed that includes delete scenes, audio commentary, making of shorts plus a very amusing gag reel. I also like how the special features link back to the original movie that creates some precedent for the sequel. All in all, it’s a very well presented film on Blu-ray that is bursting at the seams with special features. 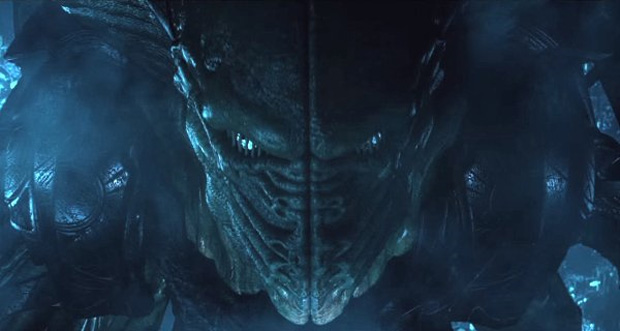 Even after twenty years, mankind still gives the aliens the proverbial finger in this amusing blockbuster that is filled with explosions upon explosions and mass destruction. It’s clichéd, it’s fun but more importantly, it doesn’t take itself too seriously which is where the film shines. Newcomers Liam Hemsworth, Jesse T. Usher and Maika Monroe add to the mythology as they take to the skies and do what they do best, kill. So was the sequel 20 years too late? I don’t think so because it does have enough links to the original to keep the connections and if you’re looking for a fun night in, check out Independence Day Resurgence. 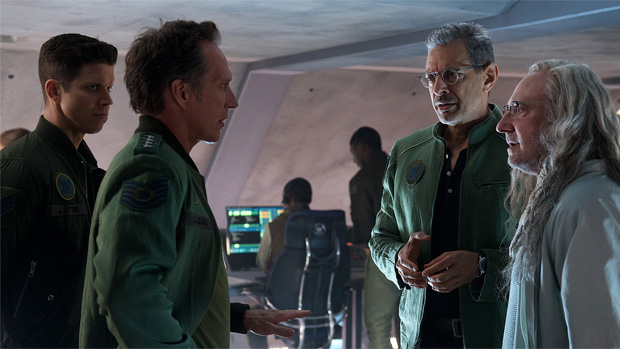