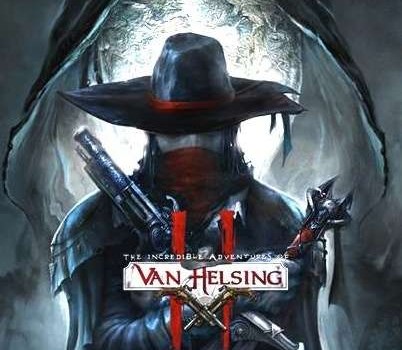 Summary: Van Helsing Brings it again in this Incredible Adventure

The Incredible Adventures of Van Helsing II is the most recent game developed by the Hungarian studio NeocoreGames.  The company invited Impulse Gamer and a few other companies to Budapest, Hungary where we got to meet the creators of the game, play the game, and ask questions.   The developers showed a large amount of heart and dedication to the game and it was clear to see that they wanted to make a game that people would be able to have fun, laugh, and enjoy.

For those that never got to play the first game, the series follows a young Van Helsing, the son of the legendary vampire hunter Abraham Van Helsing, based on Stoker’s Dracula.  The setting is a Gothic-style Europe with mythological creatures such as ghosts, ogres, vampires, and zombies.   Like his father, this young Van Helsing is also a monster hunter. The game itself takes place almost directly after the ending of the first game and waste no time introducing a mysterious new figure, Prisoner Seven.  Those who missed the chance to play the first game will not have to worry about not understanding the events since there is a detailed, yet brief, summary of the first game at the end of the prologue.  The cutscene that explains the game is done in such a way that it feels like a fun backstory rather than simple seeming like a required summary.  New players will be filled in on the events while players of the original won’t feel like their time is being wasted and should enjoy the style of the summary. 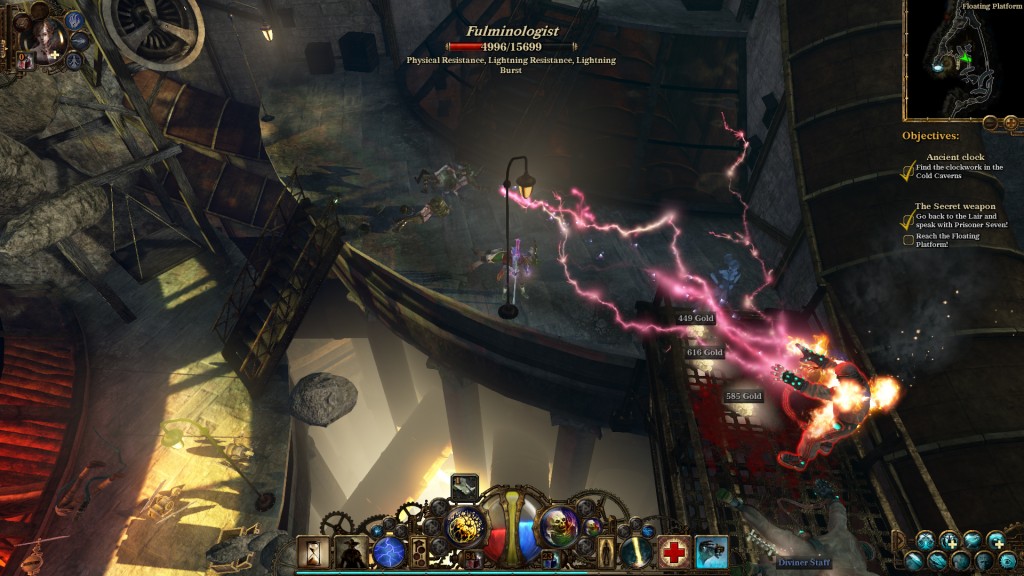 The game gives multiple options for creating your character including importing your character from the first game, starting a new character at level one, making a custom level 30 character, or picking a “class”, a pre-built character for those that want to jump in quickly.  The classes are Blade, Gunslinger, Spellkeeper, Adeptus, Bombadier, and Contraceptionist.  I played the game as a Blade and thus spent most my time in melee, slashing up my foes.

The game is fully voice-overed and the dialogue is quite amusing.  Those who played the first game will remember the fun tongue in check comments, the pop culture references, and the witty banter between Van Helsing and his ghost companion, Katarina.   Not only is it the dialogue that has fun with itself, but even various quests make fun references including one quest called “Saving Private Bryan.”  In short, the dialogue and the side-quests serve to have some fun light-hearted amusement to mix with Van Helsing’s straight man routine.

The story is definitely interesting and should keep people excited to see where it is going and to keep playing.  The game does a good job of building anticipation, leaving you wondering, and encouraging you to try and guess where the plot is going and what people’s goals and motives are.

The Incredible Adventures of Van Helsing II is a point and click action role-playing game. In terms of gameplay, the basics are quite simple, though the advanced abilities take some time to master and discover.  Even still, a few minutes reading menus and testing abilities in combat will make it possible for new players to understand the game system and jump right into the action.  Those who played the first game will find they have more hot-keys and more options for combat to mix things up thus making the sequel even more exciting and action packed. 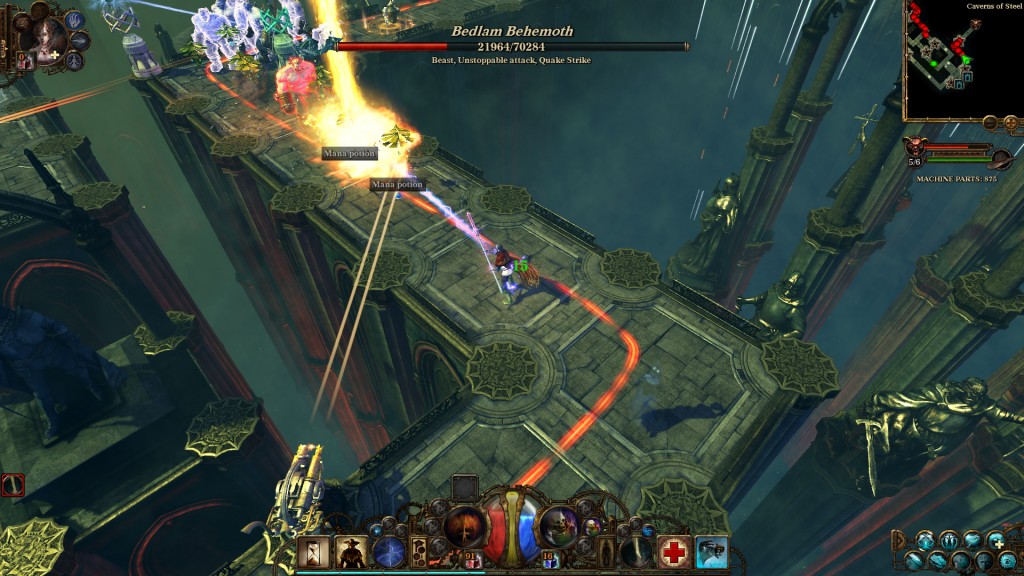 Shortly into the game the player will be able to modify items in a fun and addicting modification system.  Players can spend money to either add random bonuses, reroll the value of a bonus, replace the bonus, and more.  The random nature of it makes it fun and exciting though players who don’t want random will have the option to use items to directly add to items instead.  The system is completely optional and players don’t need to engage in it if they don’t wish to, but it is a lot of fun for those that want to.  In addition to customizing the stats, players can also swap appearances between two items, swap stats between two items, combine two items, add power-ups, or randomize two items together so it took parts of each.  The fusion systems, the power-up adding, and the random rolling as such provide a customization option for all types of players.

In addition, there is a shared character storage for players to toss characters to different characters they make.  As such, if you find a powerful rare drop one character can’t use, feel free to toss it at another one of your characters.

The graphics of the game are very beautiful and fit the theme of the game.  It was very awesome seeing shadows along the walls of Van Helsing fighting monsters as I engaged them in a dark torch-lit dungeon.

The game greatly encourages exploration and adventuring for those that wish to explore rather than rush through the story.  Countless times I found entire hidden areas and secret quests by exploring an area instead of heading to my quest objective.  These quests had me fight some powerful difficult enemies, but gave me large amounts of experience, loot, and excitement.

On the downside some of the menus can be fairly confusing early on for new players and might take some time to understand.  Load screens also tend to last fairly long, but they have large maps, various creatures, multiple quests, and more so they aren’t very common.  In addition, the load screens actually have some fairly cool art on them and feature propaganda for both sides in the war listing their views on recent events.  In addition, combat is almost always against large swarms of enemies which can make it difficult at times to target specific enemies.  However, these are minor faults and a player will be able to get around most of them after playing for a bit.  Gamers who want extremely serious might be turned off by some of the pop-culture references, but this is a game for those that don’t mind some tongue-in-cheek humor. 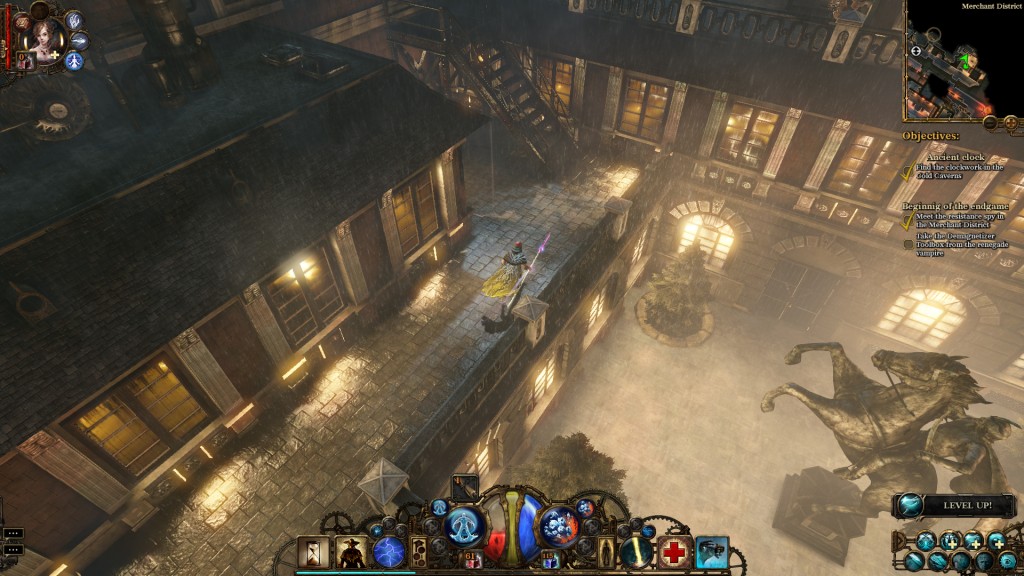 In short, the dialogue was witty, amusing, and full of fun references.  The graphics were beautiful and had a fitting art style that added to the game.  And the story was interesting and made me want to play more.  It is clear that the developers put their entire heart in this game and wanted to make something fun.  Personally, I feel they succeeded and highly recommend the game once it is released in the next few days.  The game’s price is an amazing deal and well worth it.   To emphasize how fun it was, when I was previewing the game and the time was up I was surprised that it had already been over three hours when it had only felt like one.  It is easy to lose track of time in the enjoyment of the game.  And a game that is so fun you lose track of time is a good game indeed.