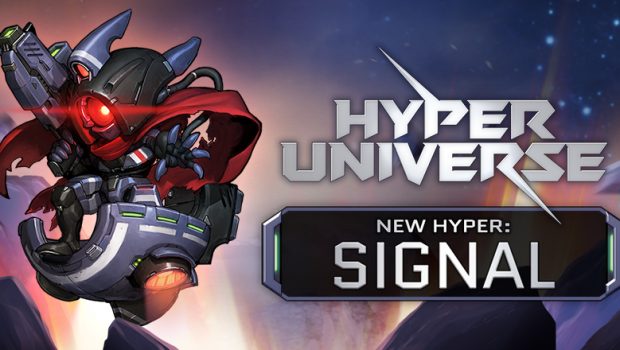 LOS ANGELES – Sept. 21, 2017 – Hyper Universe is rolling out another Early Access content update for fans today, introducing an all-new Hyper – Signal and a new capture the points gameplay mode. The new mode and Cube Bonus Event will be available for a limited time until Oct. 4.

Hyper Universe offers a unique take on the multiplayer online battle arena (MOBA) genre with its 4v4 side-scrolling combat. Players fight as Hypers, each belonging to one of six character classes from a diverse set of both new and traditional MOBA roles. The unique talents of each Hyper can make or break a team’s success in battle.

Join Early Access today and get 24 Hypers unlocked from the start with their unique gear (worth an estimated $120), plus 4 more are unlocked upon leveling up. Play Hyper Universe, brawl it out with your friends, and give the development team your valuable feedback to shape the game as it moves towards official launch.

Both Steam and Nexon Launcher gamers can get on board with Hyper Universe Early Access for $15.99. For more information visit, HU Steam Store Page or HU Official Website.