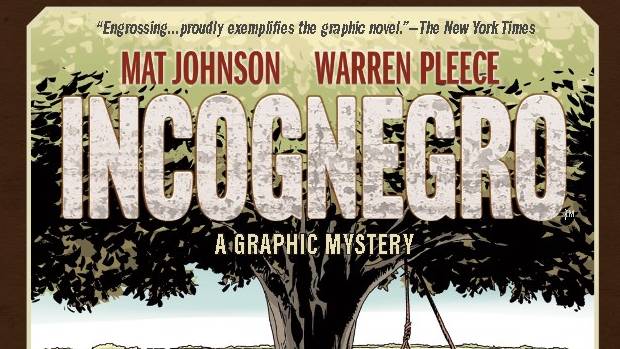 Summary: Disturbing in it's relevance and shocking in it's true inspirations. Incognegro is as important now as it was upon original release, will we ever learn?

What can I say about this book? Almost as important as the story itself is reading about the inspiration for the story. I would like to say that I’m shocked by what is in the book, but I’ve been exposed to enough of this sort of material to know that the horrible events are far from isolated, it’s not that I’m desensitized to the horrors per se, it’s more that I’m no longer as easily surprised to learn just how horrific some people can be. As usual I’ve rambled on without much context… so here goes, I’ll try and give a brief catch up. Incognegro is essentially the story of a reporter who has pale skin though his heritage is African-American. This unique situation enables Zane Pinchback to blend in with the racist crowds terrorizing his community and sees him writing under the nom de plume Incognegro (a clever play on words if ever there was one). Things take a turn however when Zane is sent to investigate the arrest of his own brother who has been accused of murdering a white woman in Mississippi. 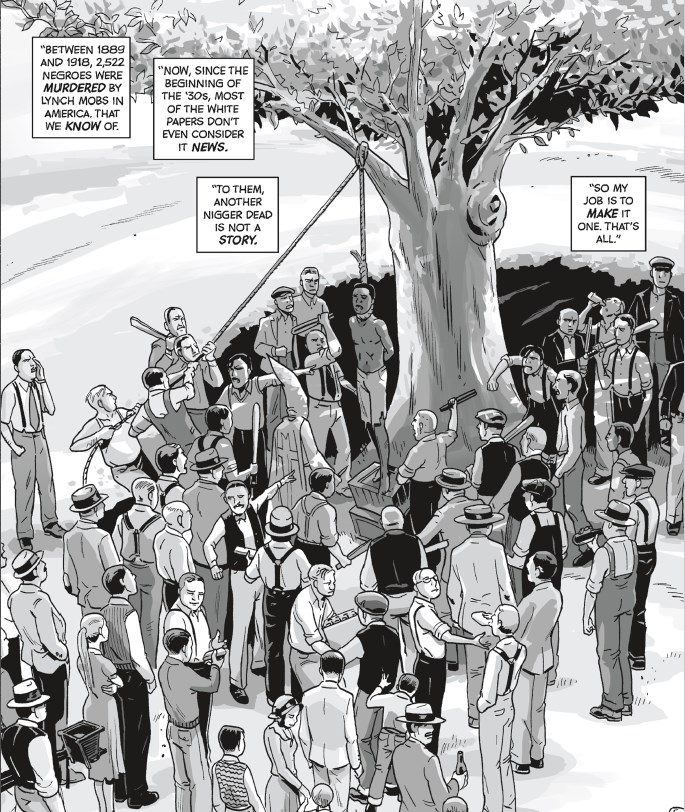 As mentioned, the fact that this story is inspired by real life is both inspiring and shocking in almost equal parts. As a pseudo American History buff I’ve been well aware of lynchings and the horrors of slavery and then segregation in America… but I had not heard of the idea of people going “incognegro”. As a premise for the story it’s brilliant and enables some real detective work that is about as close to being a fly on the wall as you could hope. But as with all great mysteries things aren’t always as they seem and just because you can stand among your enemies and listen to their every word… doesn’t mean the answer is going to fall in your lap. Zane has his world thrown totally upside down and is no longer just risking his own life but is working against the clock to save his brother and more. 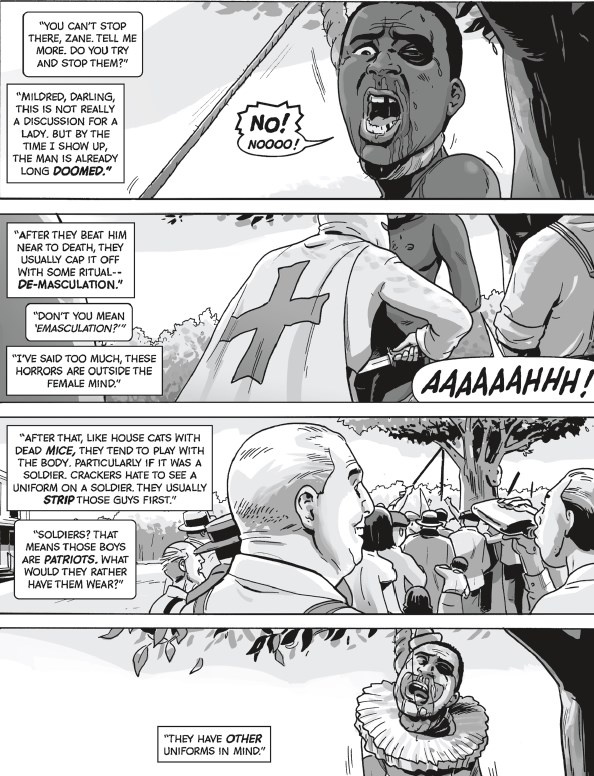 I’m sure it’s not accidental that the artwork here is presented in Black and White. The obvious contrast between the heroes and villains, the right and wrong of the situation it all plays out in the pictures both pictographicaly and metaphorically. In addition to the deeper meaning within the art the depictions also do a great job of transporting the reader straight to the time of the setting, the fashions and the environment are unmistakably early 20th Century. At times the art can be confronting, but rightfully so as the story doesn’t hold any punches. If you can hold your stomach in check, it is worth it for the value of the message within. 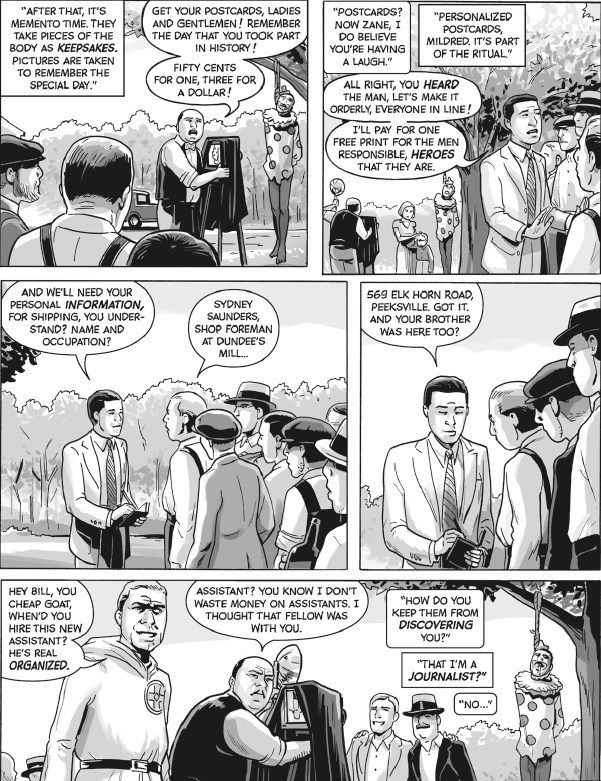 There is no question that art can educate, or that art can be political or revolutionary. Incognegro can check all those boxes along with thrilling mystery and gut punching emotional ride. Though the story itself is a work of fiction… the inspiration is larger than life and if this impressive story leads you to find out more about those who inspired the telling then all the better. I’m mixed with sorrow for those who went through these events and also with admiration for the courage and strength many showed to bring these terrible events to the wider public so that change could occur, so that justice could be served. There is really nothing I can write to express how I feel about what humans have put each other through but I certainly implore you to read this comic, it may not be an “easy” read… but it is an important read! Certainly enjoy the crime writing but please also see beyond these words and deeper into their origin, how they came about and why. It saddens me to say that even in 2018 these words are still frightfully relevant and more people need to learn about these events in the hope that maybe they will also join the movement for a greater future for us all. 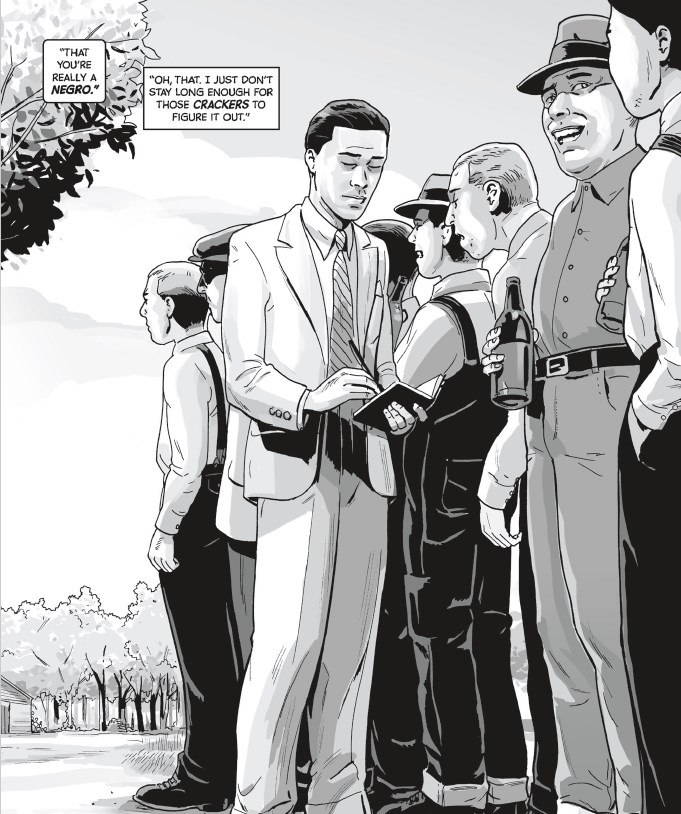