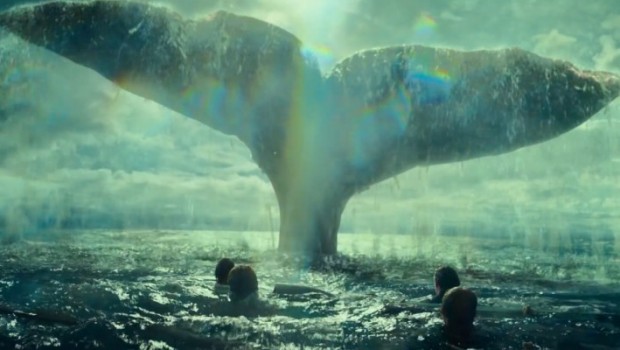 In the Heart of the Sea – Film Review

“Monsters, are they real?”

Testing the power of nature, Ron Howard’s latest directorial effort in In the Heart of the Sea submerges its story within the depths of the Atlantic Ocean—a narrative that sparked inspiration for Melville’s famous novel ‘Moby Dick’. Positioned as a series of flashbacks, the technical drive of this film elevates its shortcomings in a conventional structure and backend pacing problems.

Told from the retrospective viewpoint of cabin boy Thomas Nickerson (Brendan Gleeson), as Herman Melville endeavours to collect information for his novel, Nickerson recounts the true story behind the whale ship Essex’s battle for survival. The film introduces us to its protagonist Owen Chase (Chris Hemsworth) and  establishes a clear line of tension between his role as First Officer, and Captain George Pollard Jr. (Benjamin Walker), whose position stems purely from class rather than skill. Chase’s authority over the crew of the Essex, as they set upon sail for whale blubber, undermines George Pollard’s power, creating conflict that sees the ship endure unnecessary storm hardship. 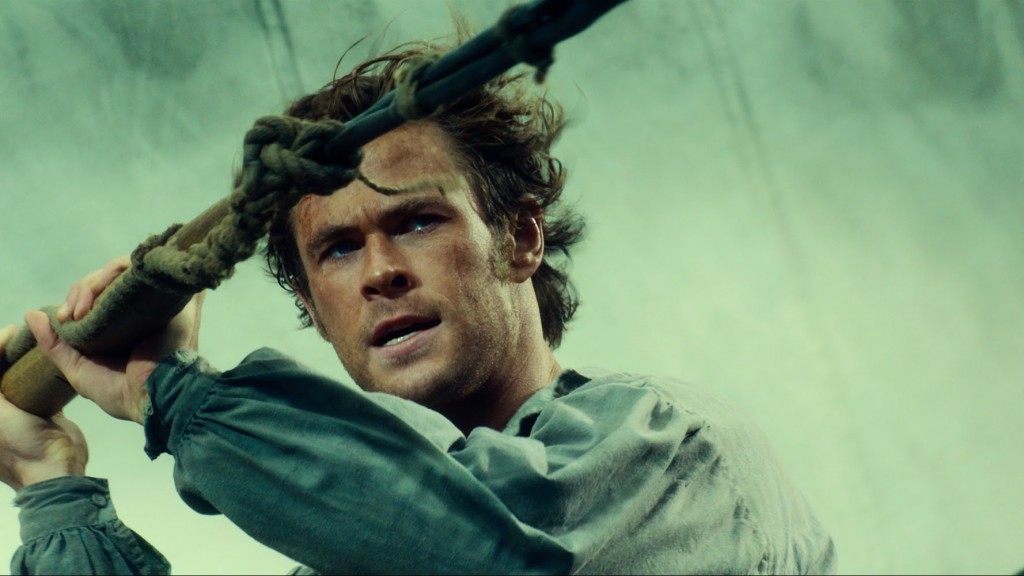 While Ron Howard attempts to set up these relations between crewmembers, the real challenge lies beneath the surface in the form of a mammoth size whale, which threatens the livelihoods and humanity of those on the Essex. Commentating on the horrors of human greed, which sees both Chase and Pollard pursue a ‘whale haven’ despite warning, Howard blurs the line between fiction and real events to explore the powerlessness of man against the forces of the natural world. Howard is able to create excitement and gripping action within these sequences, attributable to stellar cinematography, quick editing and an effective score. Soaked in a yellow-blue aesthetic, Anthony Dod Mantle’s quietly astonishing cinematography shifts between muted flashback sequences to the more exceptional fast-paced storm and open sea scenes. He experiments with different angles, capturing specific details and creating interesting visuals through a mix of both point-of-view shots and close-ups. 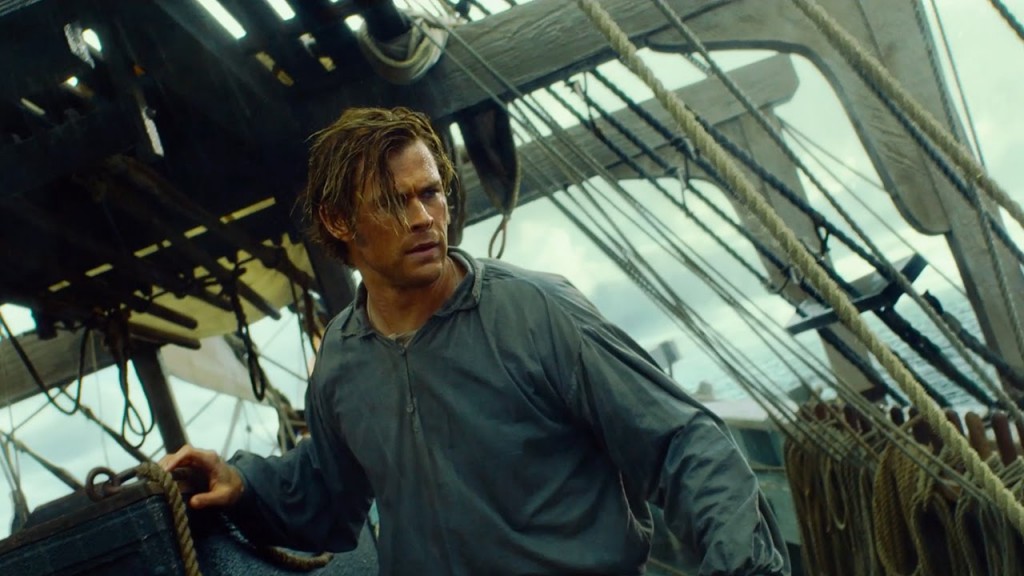 Sadly, the problem with the film lies deeper than these fleeting yet exhilaratingly technical sequences, as events cumulate into repetitive and predictable misadventures. The numerous appearance of the mammoth-size whale result in the crew going back-and-forth between tension and disaster, each time feeling rather like a replica of the other (with slightly different plot drivers). At times, Howard seems preoccupied with presenting the deterioration of materials and human life to the point where it lingers too long and fails to consistently locate an emotional beat. Moreover, while flashbacks are seamlessly done with reason, the ideas in the future recounts are never coherently matched with the past: commenting on writer artistry and construction, alongside the impotence of human will against nature, had the potential to intertwine but never emerged. 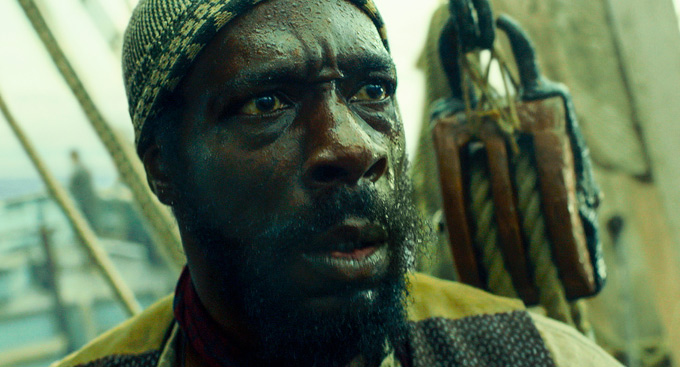 Hemsworth, alongside his cast members, offer agonising and dedicated performances, turning to excruciating weight loss to convey an authenticity to the men’s primal survival at sea. Despite this, the film’s grand technical and performative scale cannot save itself from its otherwise inconsistent tempo, rendering it an unnecessary retelling of a story from which its origins are curiously not sought out.

In the Heart of the Sea – Film Review Debbie Zhou
Score

Summary: The film’s grand technical and performative scale cannot save itself from its otherwise inconsistent tempo.