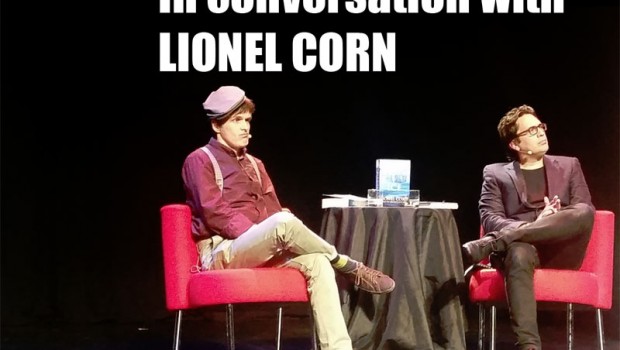 Summary: In Conversation with Lionel Corn is a very unique and original comedy show that must be seen to be believed!

The Chaser’s Chris Taylor and Andrew Hansen star in their first Melbourne International Comedy Festival show entitled In Conversation with Lionel Corn which revolves around a fictional writer who bears an uncanny resemblance to Game of Thrones creator George R. R. Martin.

Lionel Corn who is played by Andrew Hansen successfully channels his inner George R. R. Martin and then adds an amalgam of comedic genius into his performance with his faux Scottish accent, humorous mannerisms and holier than thou attitude. To complement Hansen, Chris Taylor plays the perfect radio host who tries to get his own agenda into the Q&A session as the two comedians successfully bounce off each other that resulted in a comedic crescendo within The Forum theatre that made quite a few people cry with laughter, myself included.

In Conversation with Lionel Corn also features that trademark humour of The Chasers as the comedic duo recreate those sometimes serious Q&A sessions with celebrities that have become extremely popular across the globe, especially at conventions such as Oz Comic-Con or Supanova. 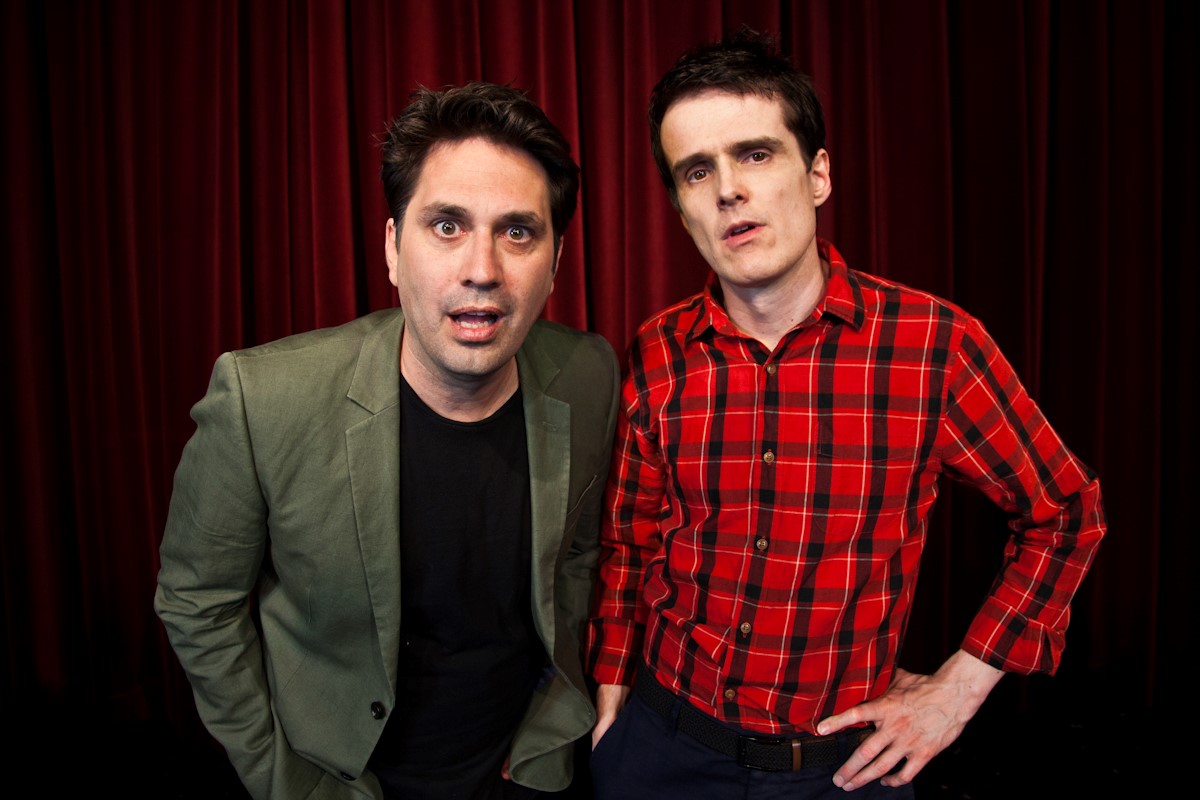 To add to the experience, “questions” are asked from the audience such as why are there no transgender people on the panel, when will Lionel’s next book be released to people just wanting to hear their own voice that creates some classic comedic moments in the show. The show is also struck by planned mishaps like the incorrect music playing when Lionel first comes on stage to a very hilarious microphone failure that had both the characters put their heads together as they shared one microphone.

It’s also great that although both characters share some similarities, they are polar opposites with Taylor trying to keep the entire Q&A show going, even though many of the questions are quite absurd. Then you have Hansen who plays this crazy eccentric character with a huge attitude that lets loose the swear words when he doesn’t want to answer a question or talk about putting things up where the sun doesn’t shine.

At times, both Taylor and Hansen do break out of their characters but their great onstage relationship just makes the show even more infectious, especially the two men and a glass routine that they do. The show also made a Rolf Harris reference with one audience member behind us whispering to his friend, whether it was too soon to do this but that’s what The Chasers is all about, pushing those boundaries.

Another classic moment in the show was Taylor’s character discussing the heated topic of why Lionel had plagiarised a vacuum cleaner reference in his latest novel of The Dragon’s Claw franchise to season four of the HBO series that had Lionel kill off all the characters, except for a pigeon that later went on to win many awards.

The host also tries to press his biographical novel about Meg Lees that he co-wrote which forces Lionel to take the mickey out of his “writing”, stating that he is not a real writer but rather just a “co-writer”. However the highlight of the entire performance and perhaps the most disturbing was seeing Taylor perform a lifesaving operation on Hansen’s buttocks due to his “Arse Alzheimer’s” that will not only be burned in my memory for eternity but it made me cry from uncontrollable with laughter.

With a limited number of shows in Melbourne and if you love The Chasers type of comedy or want to see something a little different then stand-ups at The Melbourne International Comedy Festival, then I strongly suggest you see In Conversation with Lionel Corn before the festival ends. Both Chris Taylor and Andrew Hansen are extremely funny, witty and at times crazy as they celebrate the ridiculous nature of these Q&A sessions that not only boost the egos of these celebrities but also bring out the craziness of this internet society that we now live in. Given that, In Conversation with Lionel Corn is a very unique and original comedy show that must be seen to be believed!