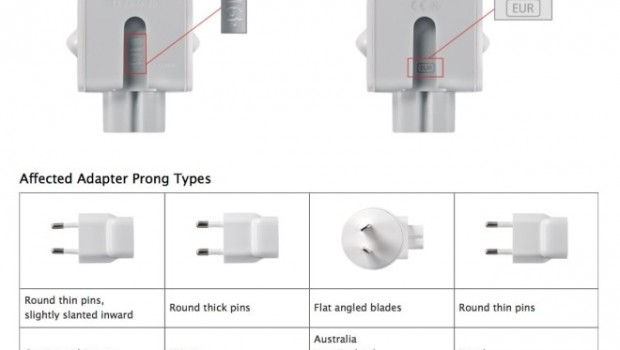 Because customer safety is the company’s top priority, Apple is asking customers to stop using affected plug adapters. Customers should visit www.apple.com/support/ac-wallplug-adapter for details about how to exchange the affected adapters for new, redesigned ones.

An affected two-prong plug adapter has either four or five characters or no characters on the inside slot where it attaches to the main Apple power adapter. Visit the program website for more details on how to identify an affected adapter.