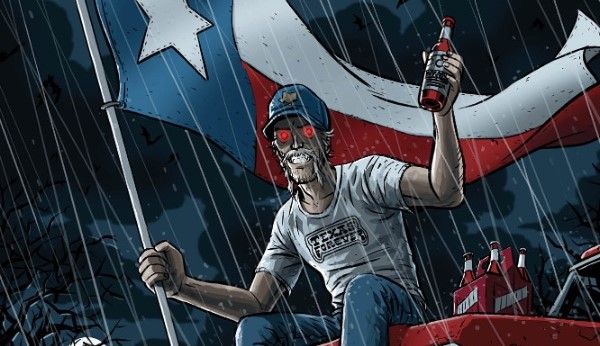 Image/Skybound Entertainment is pleased to reveal a special REDNECK #7 charity variant to support the Houston Coalition for the Homeless, which features cover art by Nick Derington. REDNECK is a vampire story set in the Lonestar state, created by Texan writer Donny Cates and artist Lisandro Estherran.

100% of proceeds from the REDNECK #7 charity variant will go to the Houston Coalition for the Homeless.

In REDNECK, The Bowmans are vampires who have quietly run the local barbecue joint in their small town for years, living off cow’s blood. Their peaceful coexistence ends as generations of hate, fear, and bad blood bubble to the surface—making it impossible to separate man from monster. REDNECK is the tale of a different kind of family just trying to get by, deep in the heart of Texas. 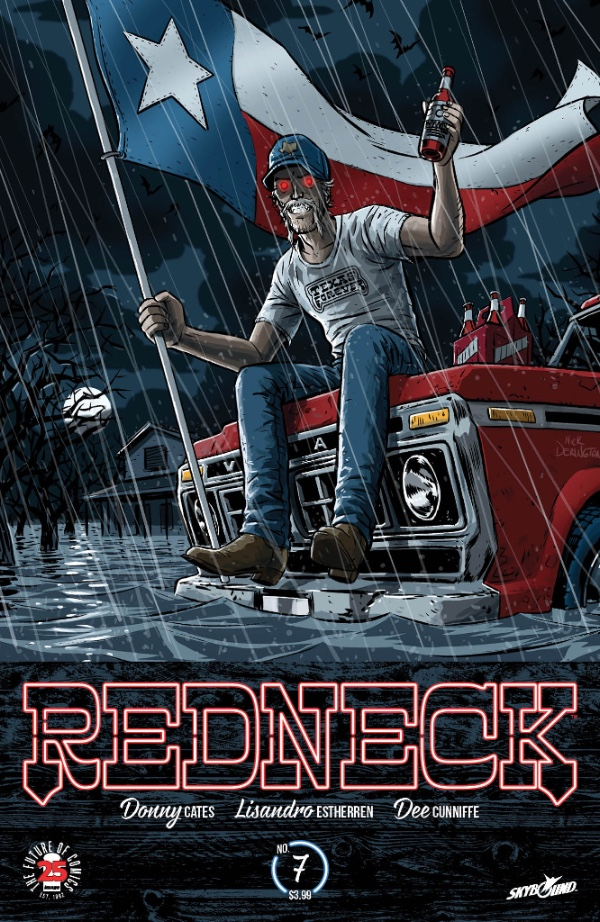