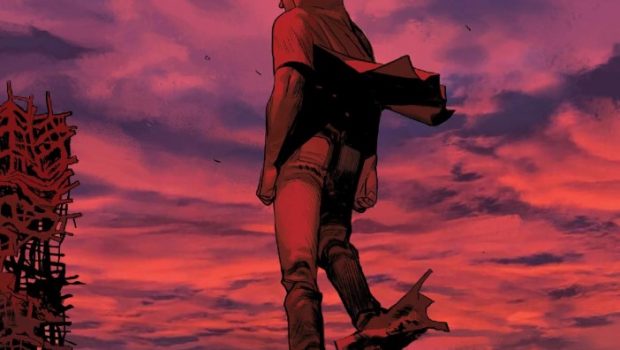 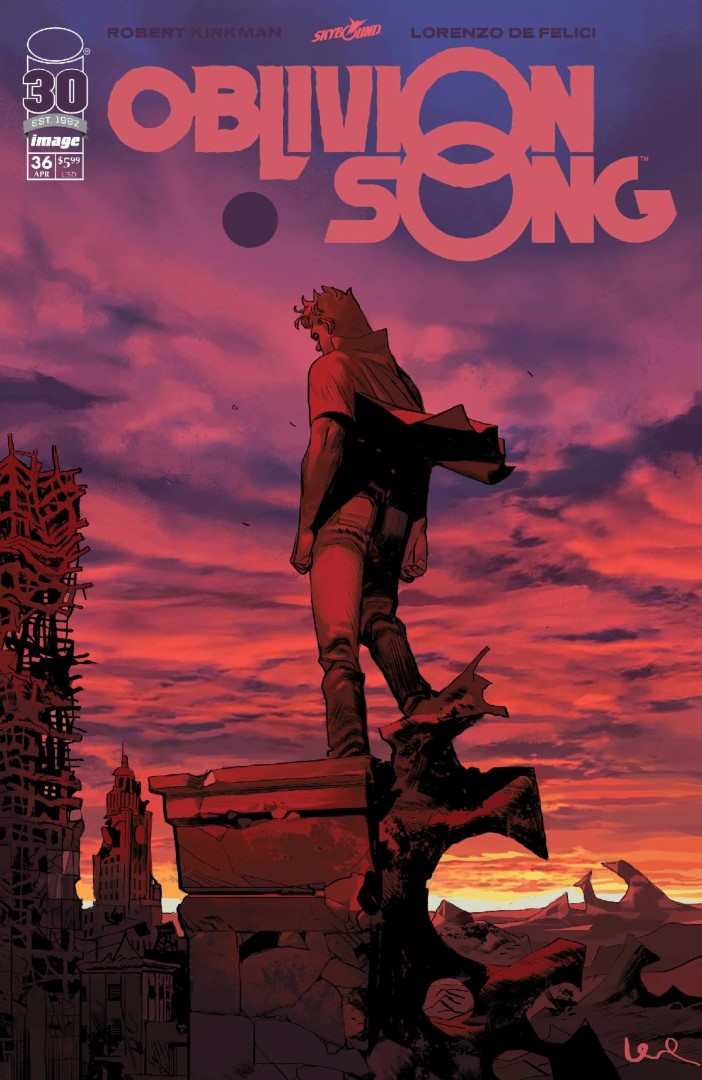 A decade ago, 300,000 citizens of Philadelphia were suddenly lost in Oblivion. Nathan Cole was the only one who never gave up searching that apocalyptic hellscape.

It’s all been leading to this. The war with the Kuthaal has ended, but who is the victor? And how has this conflict changed the world…and Nathan Cole?

Oblivion Song #36 (NOV210233), with a cover by De Felici, will be available at comic book shops and digital platforms including Amazon Kindle, Apple Books, comiXology, and Google Play on Wednesday, June 8.

“Likely to exceed the expectations of readers across the board. It reveals De Felici as an artist well worth watching as he crafts setting and characters in equally fascinating degrees. It also pushes Kirkman beyond his comfort zone.” – ComicBook.com

“An all-in, one-of-a-kind story that should not be missed.” – PopCult HQ

“The visuals and world building is fantastic, with every detail adding to the experience. But, it’s the heart and experience at the center of it all that’s the driver. We get the sense of loss and trauma from these characters. Their pathos is our draw.” – Graphic Policy

“Transporting readers to another world, the freakish creatures of Oblivion have their share of scares even as you fall deeper and deeper into a wondrous fantasy. It’s not just the danger, it’s the seduction of it all, so take your time with this Oblivion Song. Breathe it in and let yourself explore this strange new world…but be careful not to be swept away.”
– Newsarama