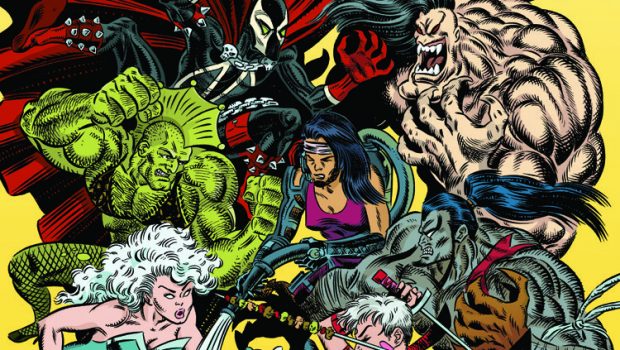 Image Comics is pleased to present the never-before-reprinted parody of the company’s formation—SPLITTING IMAGE.

This 80-page title by Don Simpson with with colors by Hilary Jenkins, skewers the Image Comics company formation and pokes fun at the artists who founded it.

“We thought the occasion of our 25th Anniversary was as good a time as any to revisit our past with tongue planted firmly in cheek and sense of humor in tact!” said co-founder and Image Comics partner and Vice-President Jim Valentino. “A piece of history at your fingertips (now go wash your hands!)”

SPLITTING IMAGE will also feature tons of special bonus content that fans won’t want to miss out on, including: the normalman-MEGATON MAN SPECIAL by Simpson, co-founder and Image Comics partner and Vice-President Jim Valentino, Larry Marder, and Bob Burden. 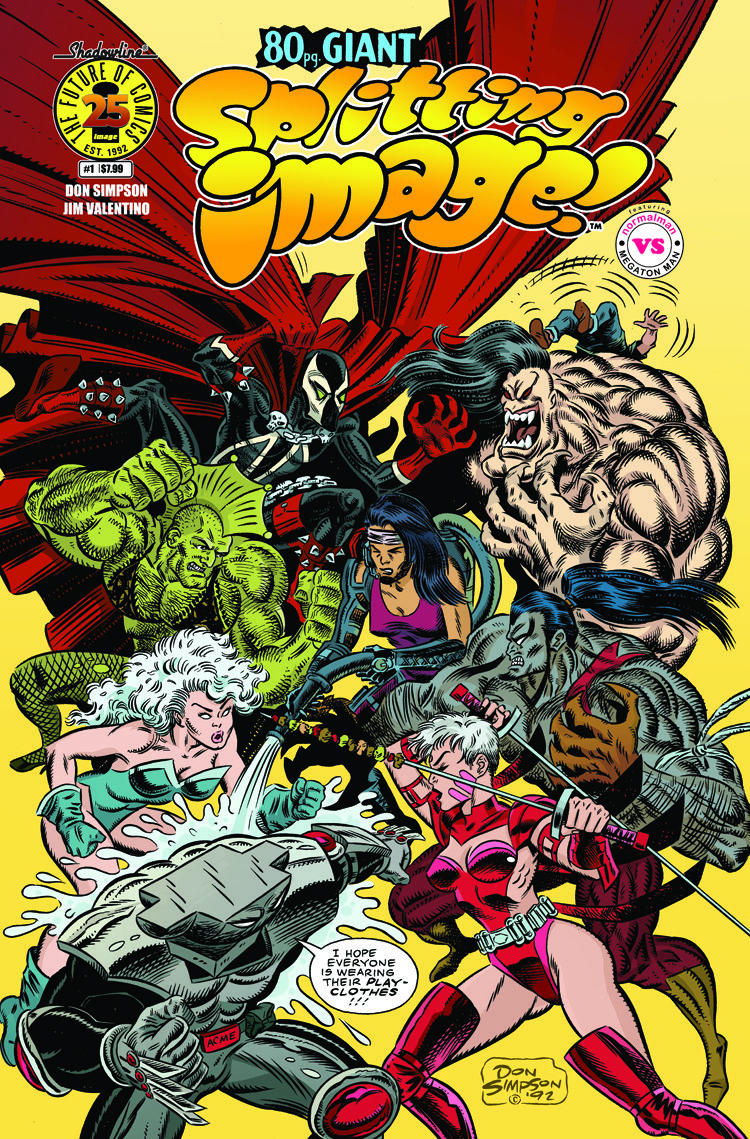