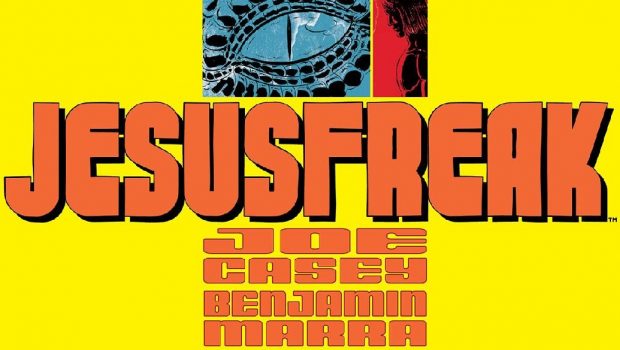 This month, Image Comics will publish JESUSFREAK, the controversial graphic novel by writer Joe Casey and artist Benjamin Marra. JESUSFREAK is a bloody, two-fisted tale of heroic historical fiction featuring a certain young Nazarean carpenter who is having some trouble finding his place within a world of ever increasing violence. He knows he’s different… he just doesn’t know why. Image Comics will publish the original graphic novel as a 64-page, full color hardcover retailing for $17.99 in comic book stores on March 20 and in bookstores on March 26.

Here’s what people are saying about JESUSFREAK:

“Joe Casey has long thrived on the bold frontier of new ideas and JESUSFREAK is yet another pearl of pure creativity for us to enjoy. What he’s accomplished with Benjamin Marra is a spectacle worthy of your attention, no matter who you are, or what you like.” ― Robert Kirkman (WALKING DEAD)

“Wild and wooly and somehow still holy, too. What a blast.”― Victor LaValle (THE BALLAD OF BLACK TOM)

“This Jesus is a far cry from the one featured in the New Testament.”― IRISH POST

“The most unexpected book of the year – a Jodorowsky-like story of Jesus done in the style of Moench & Gulacy’s Shang-Chi. Mad enough to start a cult of its own.”― Warren Ellis

“Get ready for an entirely different take on history’s ultimate origin story.”― SYFY

“JESUSFREAK answers the eternal question of what would happen if Christ came to save the world with kung fu.”― Mark Russell (GOD IS DISAPPOINTED IN YOU)

“Partially inspired by the martial-arts comics craze of the ‘70s, Jesusfreak reimagines Jesus’ journey as a Bruce Lee-style combat gauntlet, with blood to spare.” ― PASTE MAGAZINE

“Casey and Marra are MacGregor and Gulacy for the ‘10s.”― Tom Scioli (GO-BOTS)

“Jesus Christ has been written as the son of God, a messiah, and sometimes just a simple carpenter. But in …  JESUSFREAK he has been reimagined – ‘rebooted’ even, to borrow a comic book term – as something utterly different (and possibly sacreligious): action hero. Writer Joe Casey, artist Benjamin Marra, and colorist Brad Sampson’s dramatic new take on the biblical hero has him Ric Flair-chopping his enemies, kicking evil in the face, and backflipping like a ninja.”  ― NEWSARAMA

For digital readers, JESUSFREAK will be available for purchase across many digital platforms, including the official Image Comics iOS app, Amazon Kindle, Apple Books, comiXology, and Google Play. 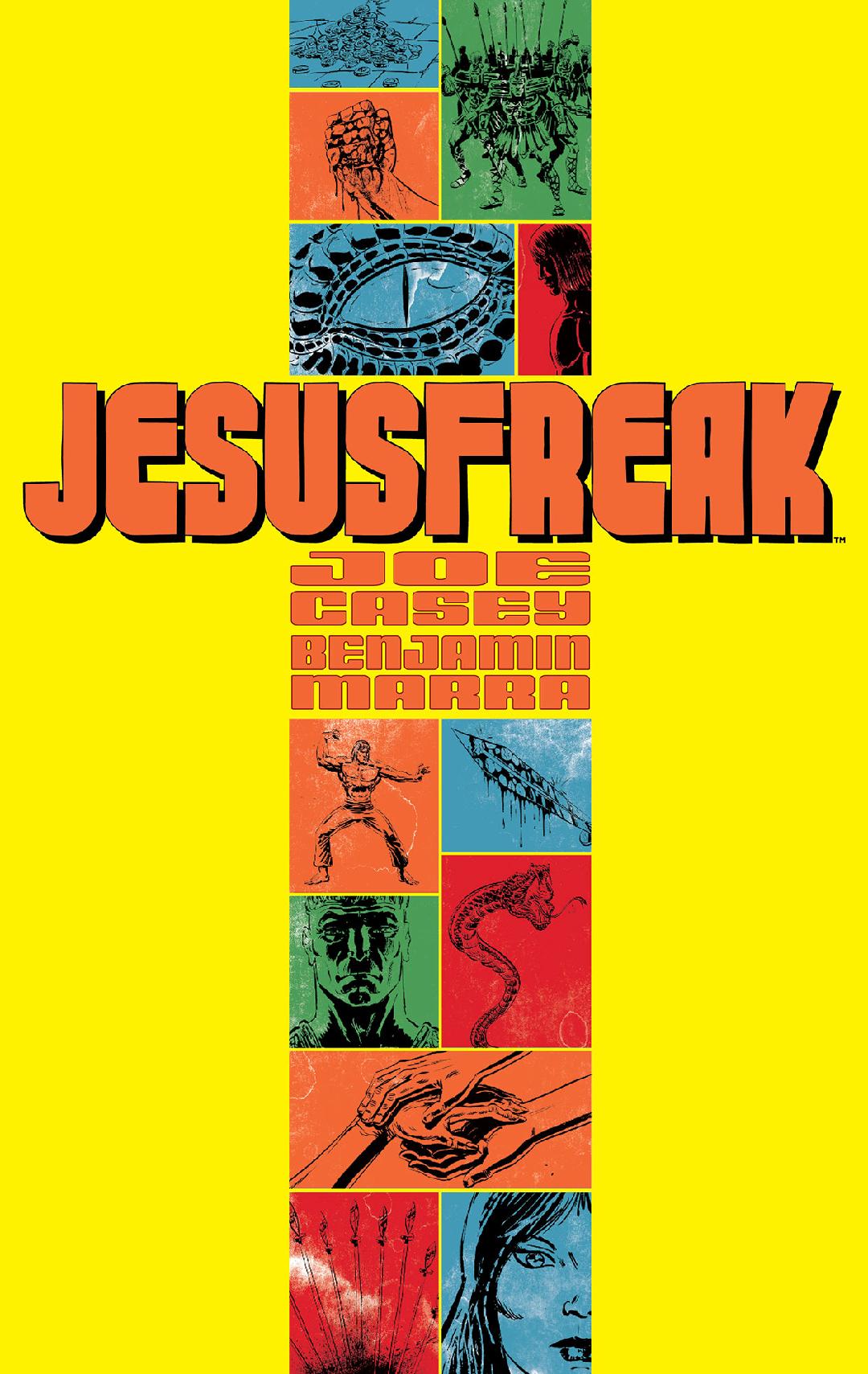 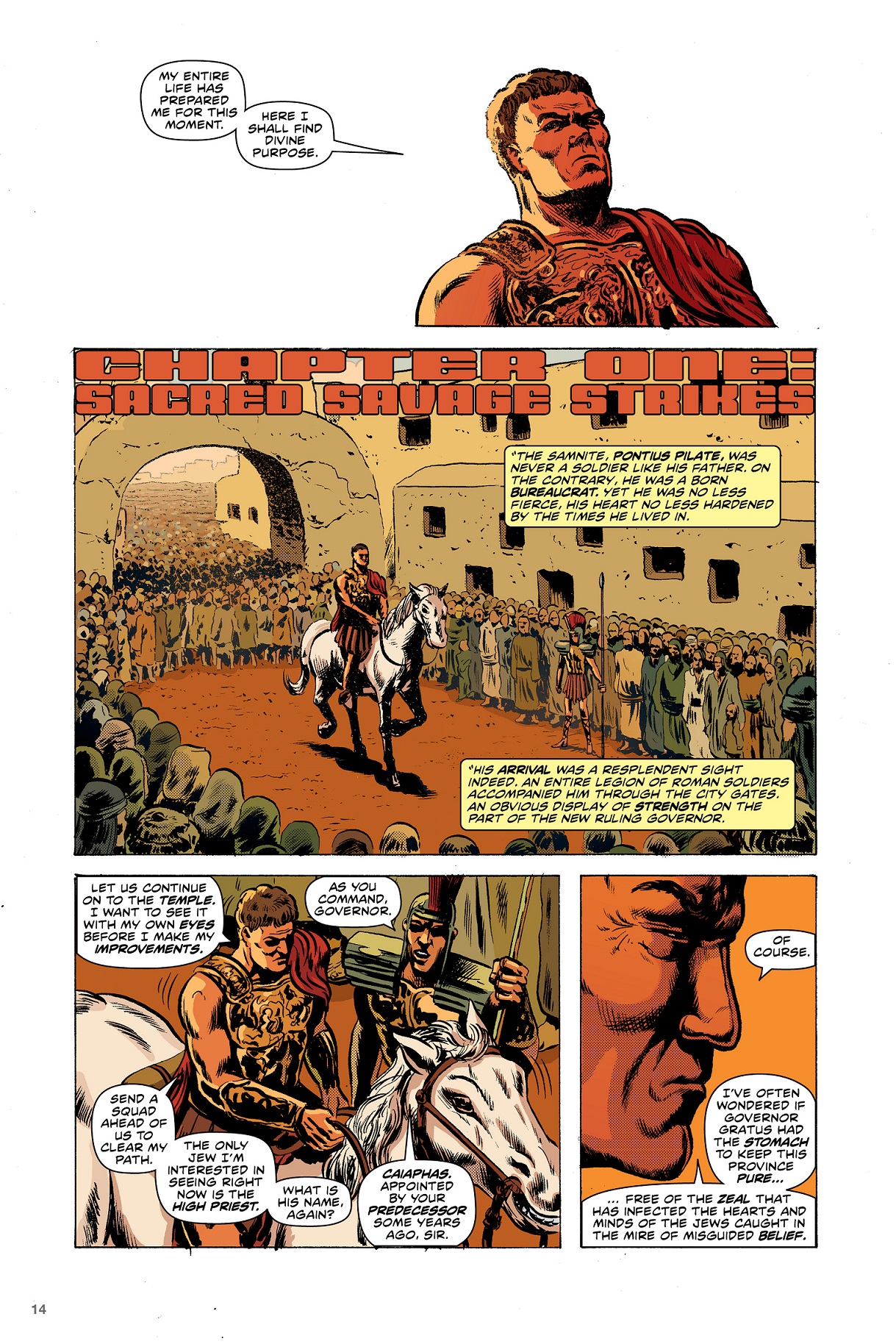 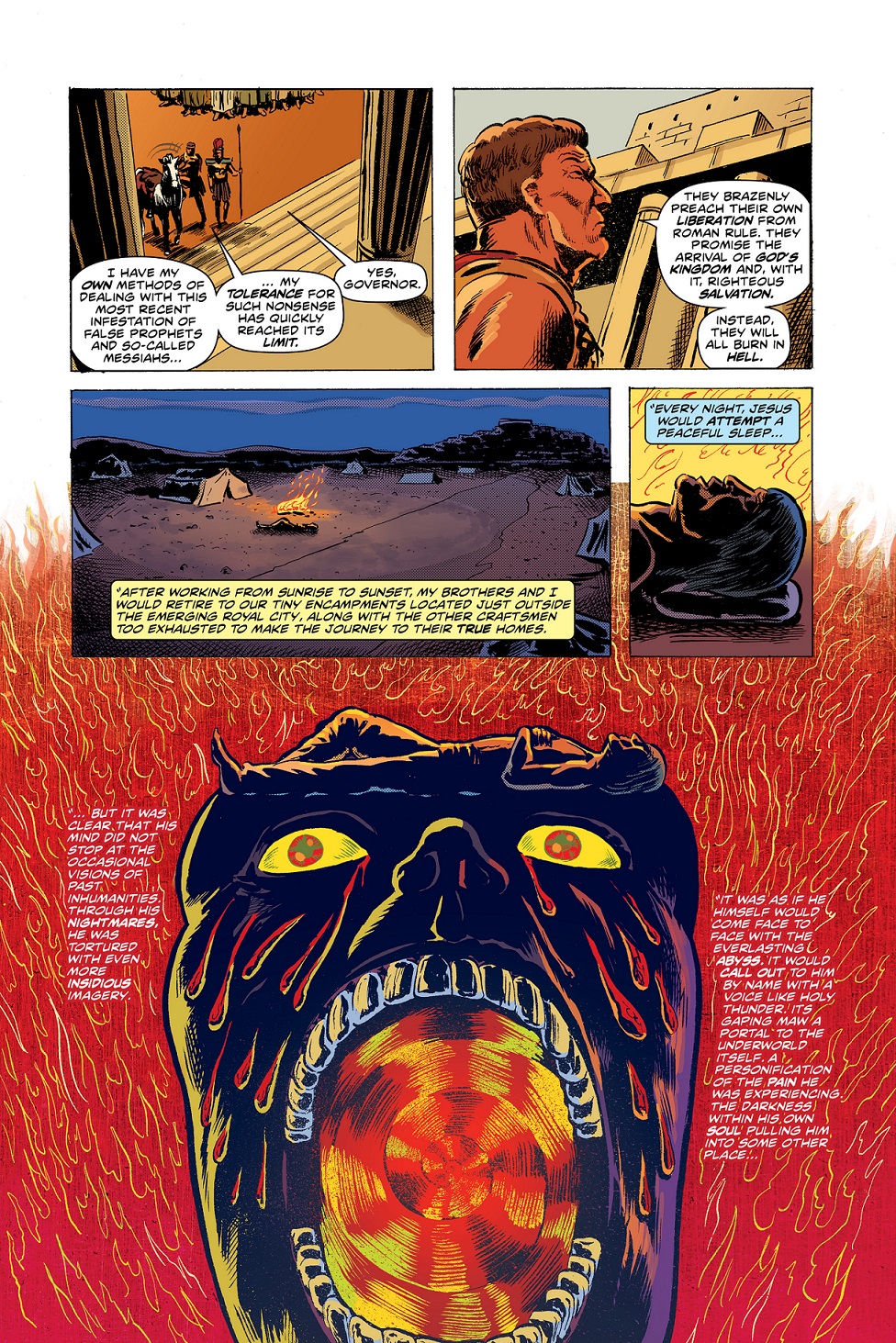 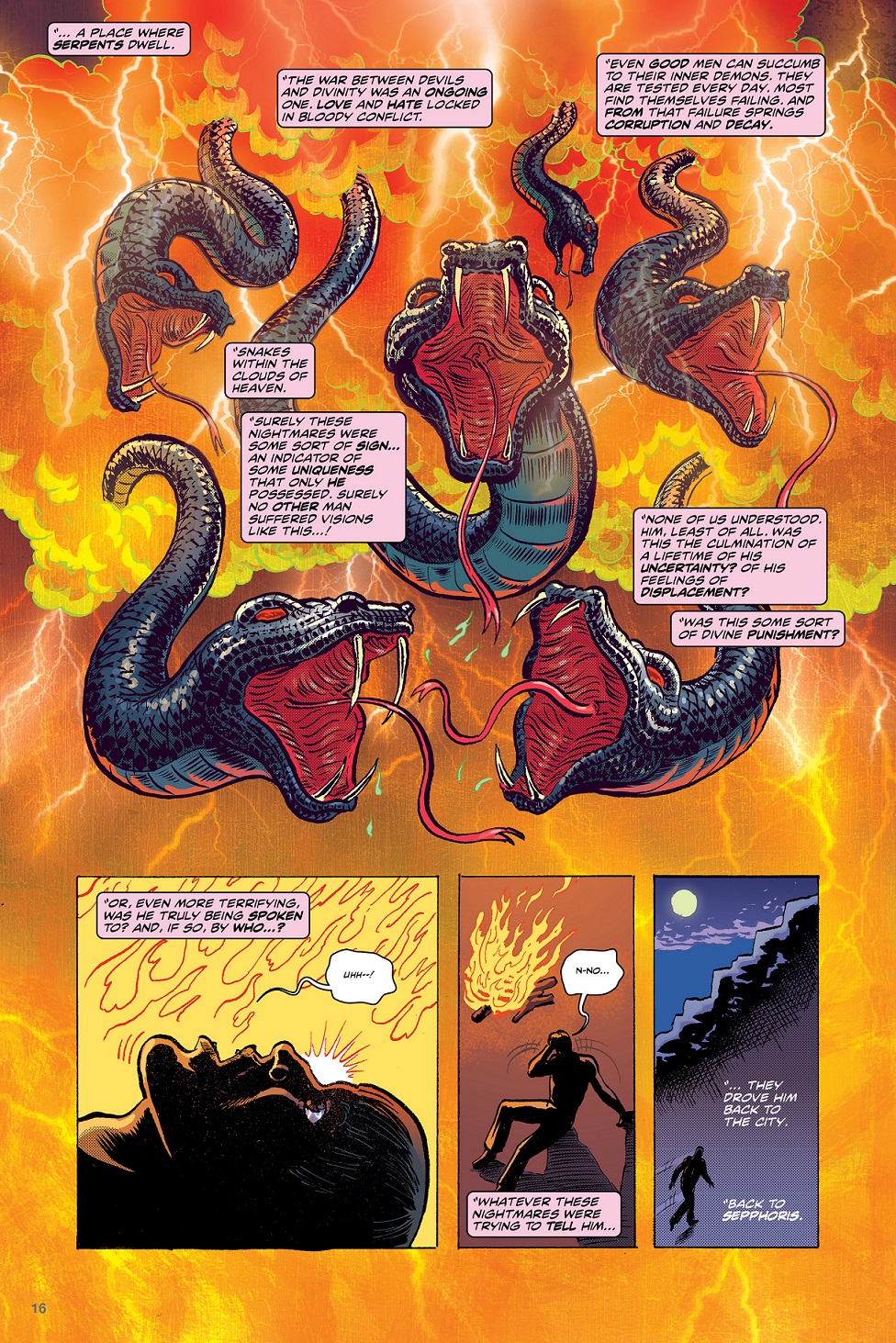 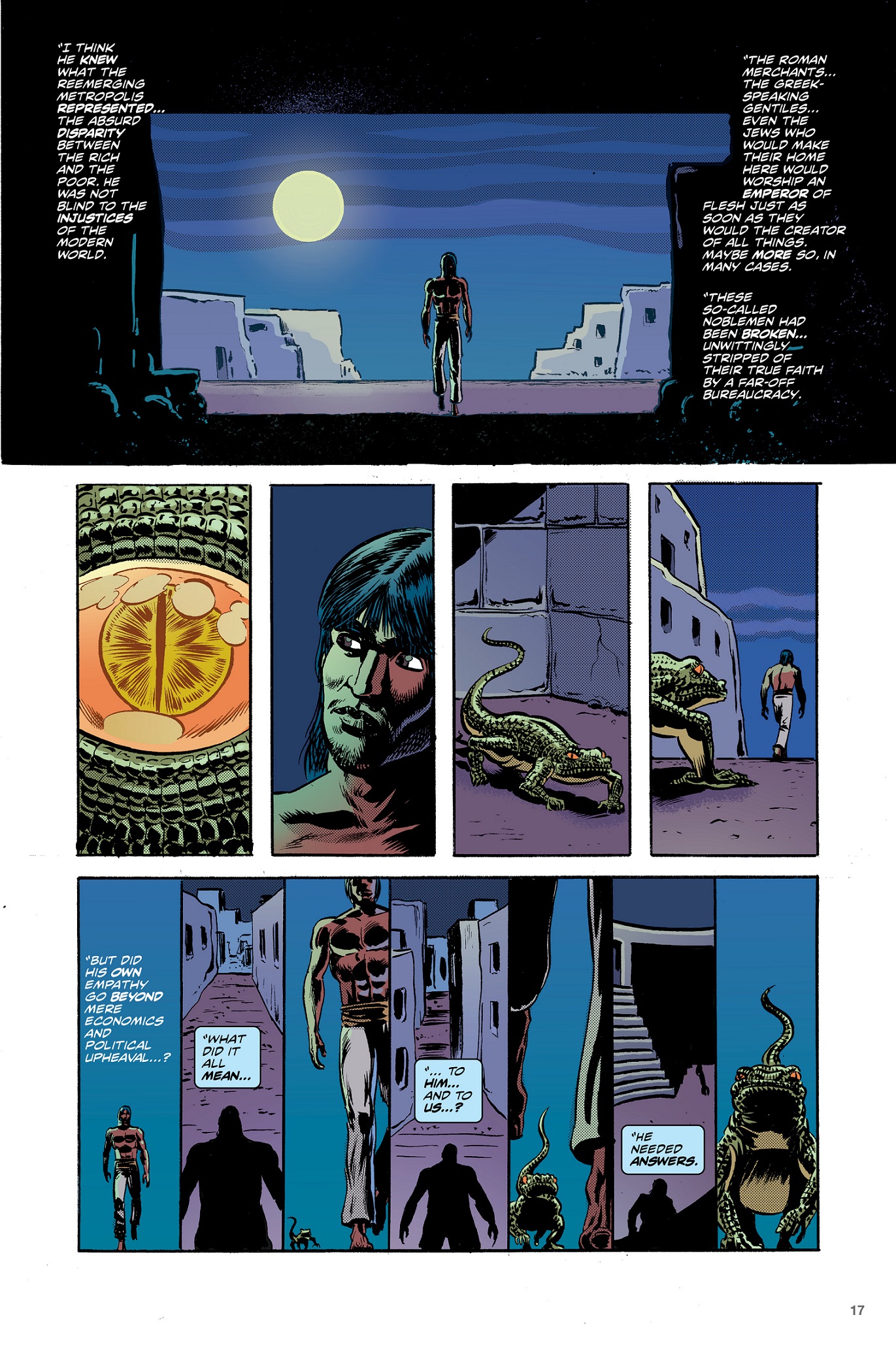