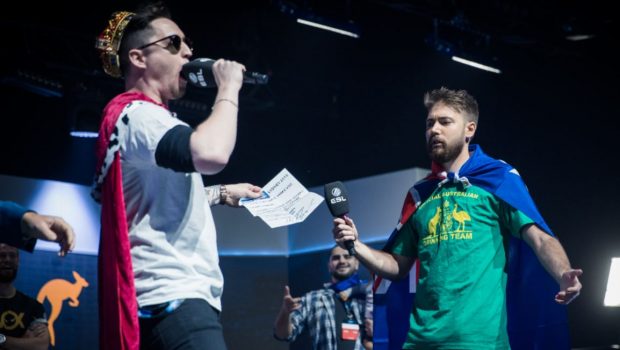 February 6, 2019 – Intel® Extreme Masters (IEM), the longest running global pro gaming circuit in the world, marks the return of The Caches, where old foes swap bat and ball for blade and AWP. Current and veteran Australian and English Counter-Strike: Global Offensive (CS:GO) players take the stage in what will be the third in a series of show matches, pitting Team Australia against Team UK with national pride on the line.

Captained by Chad “Spunj” Burchill, Team Australia has won the last 2 meetings, in 2017 with a resounding 16-6, and mounting a herculean comeback in 2018 to snatch the series 16-15. “The Caches is one of the most popular fixtures of IEM Sydney, along with huge vocal crowds, and top-notch CS:GO.  We’re proud to represent Australia, and hit the Brits for six on our home turf, serving as a prelude to the CS:GO final on Sunday May 5”, said Burchill.

The Caches is part of a huge three day event series, IEM is the longest running global pro gaming circuit in the world.  Returning to Sydney on May 3-5, the professional gaming competition at Qudos Bank Arena will see sixteen of the world’s best CS:GO teams play live for a lion’s share of the $US 250,000 prize pool.

In 2018, over 7,500 esports fans attended IEM Sydney on each event day, and with 13.5 million unique viewers online, it recorded the highest ever viewership for an esports competition held in Australia. This year’s event will mark the 75th stop since the inception of the Intel Extreme Masters series in 2006.

For more information, follow IEM on Twitter and Facebook and visit the official IEM Sydney website at iem.gg/sydney2019. Be sure to watch the announcement trailer for a first look at what IEM Sydney 2019 is all about.