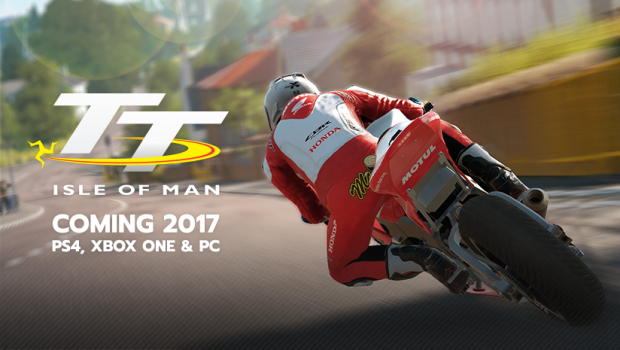 THE ICONIC LOCATIONS OF THE ISLE OF MAN RACE REVEALED

Sydney (AUSTRALIA), July 18th, 2017 – Bigben and the studio Kylotonn have revealed the first video of TT Isle of Man, the official game of the most famous motorbike race of all time: the Isle of Man Tourist Trophy (TT).

In TT Isle of Man, the 60.2 km race is reproduced at a 1:1 scale using laser scanning technology, resulting in a perfectly modelled route and topography.

The video highlights some of the iconic locations that fans of the race will recognise immediately. Those seeing it for the first time will appreciate the beauty and difficulty of the circuit through villages and on mountain roads, which riders negotiate at over 300 km/h.

In addition to exactly reproducing the route, the development team also worked closely with John McGuinness, the legendary “Morecambe Missile” with 23 victories in the race, to ensure perfect motorcycle behaviour and physics. His motorcycle, the Honda Fireblade 2016, is the one gracing the game’s box cover.