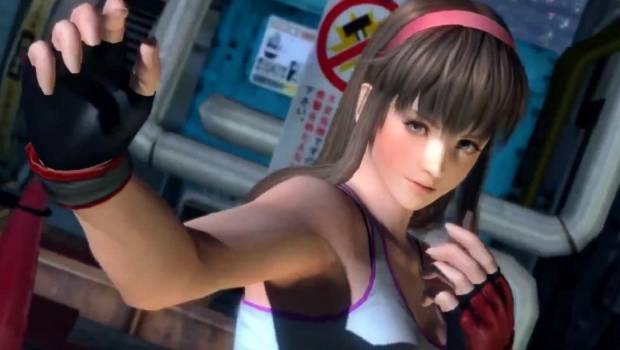 ICONIC CHARACTERS RETURN TO FIGHT IN DEAD OR ALIVE 6

Sydney, 21st August 2018 – Two of the most prized characters in the DEAD OR ALIVE universe are set to make their return to action as KOEI TECMO Europe announced today the addition of Leifang and Hitomi to the DEAD OR ALIVE 6 roster. The two fighters, alongside a brand-new interactive stage, are set to debut inside the Deep Silver and Friends booth in Hall 9, #B011-C010 at Gamescom in Cologne, Germany, between the 21st and 25th August.

Leifang, known as the T’ai Chi Ch’uan Genius, is the master of using her opponent’s power against them, countering assaults thanks to her flawless Sabaki and Inashi parries. She employs a variety of effective holds to gracefully counter enemy attacks, all the while hoping to prove her strength and capabilities as she pushes forward through the DOA Tournament.

Joining Leifang in DOA6 is “The Fist of Innocence,” Hitomi. The 20-year-old of mixed German and Japanese descent is a well-balanced karate expert; utilising speed, power, and a long reach to take down opponents thanks to a straight punch that is equally beautiful and terrifying. Hitomi specialises in using techniques that combine both offensive and defensive elements in one smooth strike.

The two fighters will be highlighted at Gamescom on a freshly-added stage entitled Forbidden Fortune. The dynamic level features the ruins of an old pirate ship, with shattered bones scattered across the top deck, and mountains of gold found below as combatants smash through to the hull to find not only the hidden treasure, but a slew of hidden traps – not to mention, a giant Kraken guarding the stolen loot. As the Kraken becomes enraged, the ships rocks and shudders, and as the damage spreads to the armoury, sparks begin to fly, including gunpowder that catches fire, shooting violent flames over the scene of the fight.

These impressive returning fighters and new dynamic stage were further showcased through a new reveal trailer released by KOEI TECMO Europe today, alongside an array of images and character stills.

DEAD OR ALIVE 6 is currently in development for the PlayStation®4 Computer Entertainment System, the Xbox One family of devices including the Xbox One X, the all-in-one games and entertainment system from Microsoft, and digitally on Windows PC via Steam®, and is slated for release in Early 2019.