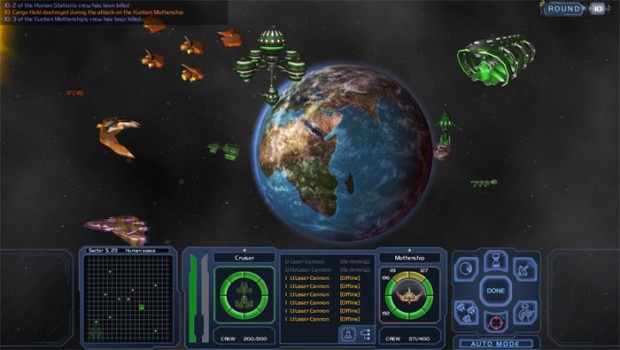 L3O Interactive’s deep 4X strategy game stands out from the crowd with a unique storyline based on mankind’s expansion beyond its own solar system, and immediate confrontation with two powerful and ancient races, bent on shaping the future. With a strong community connection, L3O Interactive also has shaped Horizon to its fans’ liking, highlighted by the introduction of playable Alien Races, as well as a string of in-game random events voted on by the community.

“We could not be happier with the way Horizon has turned out, and we are excited to start 2014 with another compelling 4X space strategy game for our loyal but demanding fans,” said Iceberg Interactive CEO Erik Schreuder. “The L3O Interactive team has been diligent about listening to the Horizon community and implementing changes and upgrades to the game that they have requested, and we look forward to seeing what players think about the finished product.”

Gamers will venture into deep space, expand into new frontiers and discover alien artifacts on long-abandoned planets, while negotiating, fighting in deep ship-to-ship combat or partnering with alien species, as they carve their intergalactic destinies. They will develop new colonies – and then watch them become galactic centers for trade, industry and science – as well as military bases, outposts and shipyards on their way to conquer new horizons.