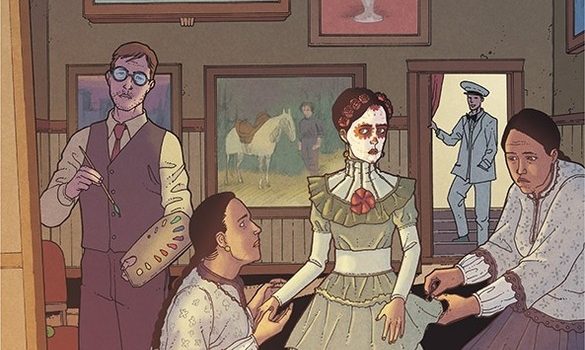 Summary: This issue blends together multiple elements to tell a great story of star-crossed love and loss.

Ice Cream Man is a unique series that defies genres and is always changing.  Each issue is its own stand-alone story, making this a fantastic series for new readers looking to try something new to step into.  No introduction required!  This issue, while the second in a particular story-line, is only connected to the previous issue by the appearance of the titular Ice Cream Man.

This is a really well drawn book.  Martin Morazzo has a great ability to convey the feelings of the characters not only with strongly drawn facial expressions, but with complete body language.  This is no more apparent than in the body language and face of The General.  This character oozes menace and violence from every pore.  His expression is oozing with a psychosis that he makes no attempt to conceal.  Juan and Maria in contrast show joy and fear in equal doses.  Juan is a young man in love, and he is drawn as completely unaware of the danger The General poses.  Maria is tinged in sadness, and Morazzo captures this on the page in every scene she graces.

The colouring of this book just enhances every aspect of both the setting and the characters.  Chris O’Halloran populates the border town the story is set in with just enough colour to draw attention to where it’s needed.  The greatest use however, is in the eyes of The General towards the end of the book.  The shade of green he uses emphasizes the inhuman personality of the villain, and really cranks up the level of terror that the character exudes.

This may be a difficult book for the average reader to get into, as in keeping with the story’s setting in a border town, the first few pages are in Spanish.  While this may pose difficulty for some readers, I felt that this helped to solidify the setting and added a great feel to the book.  If you can read Spanish, this won’t be an issue.

The book begins with Maria getting ready to celebrate her birthday with her family.  Coincidentally her birthday also occurs during the Dia de los Muertos (The Day of the Dead).  She approaches the celebration with a look of resigned fear and sadness, which is only amplified by the appearance of The General.  She soon meets with Juan who declares his love and presents a flower, advising her that he will take her away the next night.  It’s during this scene that the book switches to English.

It’s here when everything falls apart for the young lovers.  Maria’s family warns The General that Juan is coming to run off with her.  While some may see this as a betrayal of Maria, they see it as protecting her from a foreigner trying to take her from them as an invading conqueror.  It’s great to see Maxwell play the ambiguity in this situation, and the murky waters he plays in here are a major strength of the book and the series.

What a book!  This issue blends together multiple elements to tell a great story of star-crossed love and loss.  It plays with themes of colonialism and utilizes the setting on the border to take aspects from two cultures to enhance every aspect of the story.  Though I couldn’t understand the Spanish text, the use of the language enhances the setting, and for those that are in the same boat as me, allows the art to step into the forefront to tell the story.  The creative team has tied several aspects of the book together and the strengths of each are on full display in this issue.

This issue is very much a complete book.  While the story is an often told and often used one, they pull it off with flying colours and present an amazing read. 5 out of 5 stars! 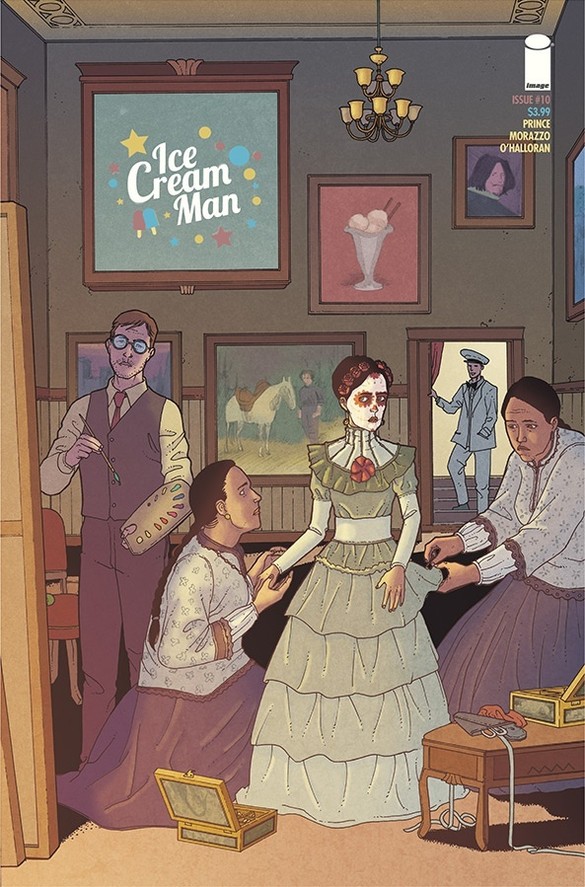