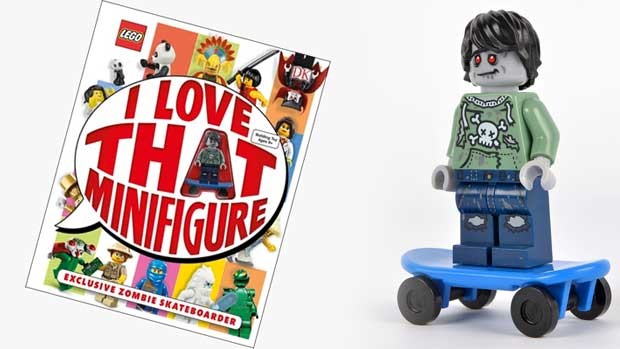 I Love That Minifigure Book Review

Summary: I Love That Minifigure is a top notch read that is also quite educational in the world of LEGO

I loved the idea for this book and was so pleased when DK saw fit to sling me a copy of it to review for impulsegamer.com! For those who may be new to my writing about this topic, I’m Tory Favro and yes I am crazy about Lego! That alone might not be enough to give me street cred, but I would say that my collection of minifigures would put me in a position that I could confidently say I would have more than the average person with my minifigure collection at about the 1500 mark at this time of writing with not a great deal of multiples as such. 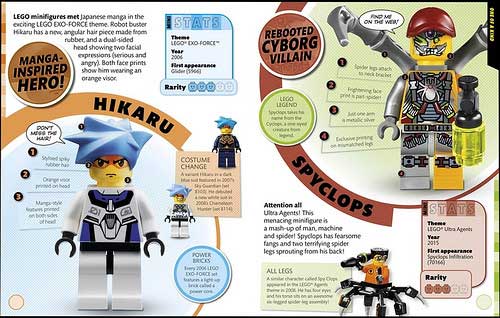 In any case I wander from this book, so now we go back to it. At first glance I was a bit dubious about it as there are so many character encyclopaedias and the like out there at the moment. This book however, takes the world of the figure and breaks it down into whats rare or popular and why. The layout is very much what you have seen with the encyclopaedias in the past, but the information is simply wonderful. There are great full colour photos throughout, the points are presented well in bubbles or bullet form, and it was just great to read about the things that made a particular figure rare.

There is a rarity guide on each page too with a score out of five for each. I did think that the rating guide was a bit out of whack for a lot of the figures, however that might simply be that this book was written for the US or UK audience first and based on how hard some figures are to get over there with a larger audience hunting for them. It would be an interesting question to put to the wonderful people who write these books. 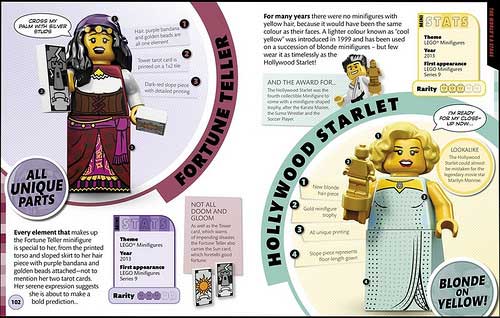 This would also be the most up to date book as well which should delight fans with the inclusion of the Sheldon Cooper figure from Big Bang Theory, along with Monsters from the just released Series 14 figures. There are great tidbits throughout how the figures were created, in some cases who created them, and awesome information that I did not know such as Yoda was the first minifigure to have short legs! I honestly did not know that, and as a total figure and Star Wars geek, I’m actually really surprised I didn’t know! This opened the way for many other figures over the years, some fantasy creatures but also common sense figures like children for example. How cool is that!

Furthermore, you will find out when the figures first appeared and in what sets, along with in some cases if there were any variants to them. The information is presented in an easy to read, at a glance format, and is the sort of book that most people will pick up and have a good look at even if they are not into Lego. 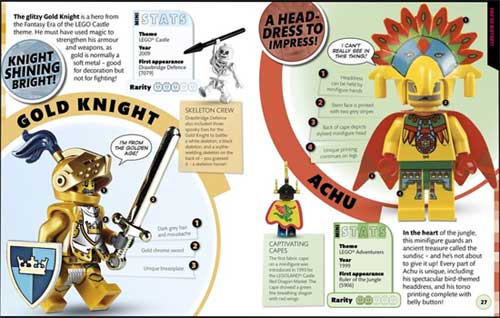 Rounding out this title is a pretty awesome Zombie Skateboard minifigure exclusive to this book. He is the zombie version of the skateboard guy from the very first wave of collectable mini figures and all the little details are just soooo cool. You can see variations from the living to the undead right down to the differences on the poor guy’s t-shirt. He’s a well thought out figure and worth the entrance price alone.

Like pretty much anything DK does, this is a top notch read that explains a lot about some of the harder or more interesting figures in Lego’s ever expanding line up. It is highly educational about the matter and constantly presented me with new information about a topic that I had considered myself quite knowledgable about. 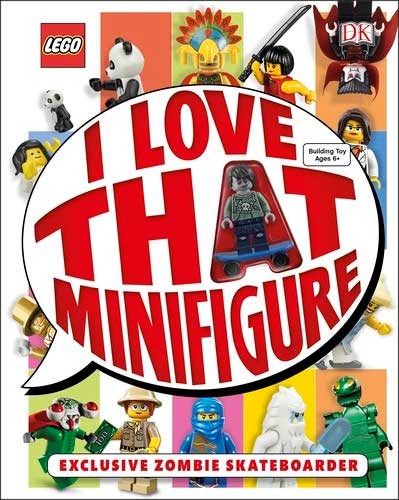