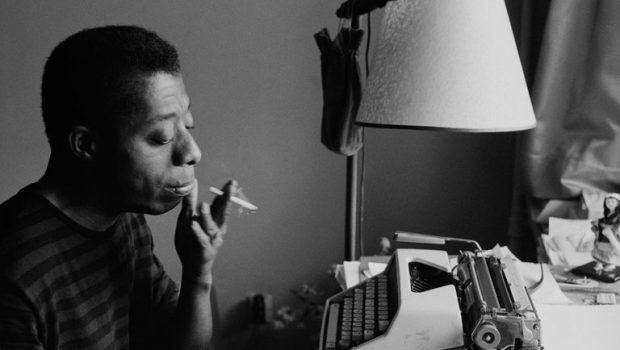 I Am Not Your Negro – Film Review

I Am Not Your Negro is a highly challenging political documentary regarding its subject matter and its stylistic choices. While it does use archival footage to recount the violence and racial hatred on the edges of the Civil Rights Movement, this is not a conventional documentary in spite of the familiarity of that technique.

Rather than outlining information in a linear sequence, the film resembles an art pastiche, patching together various mediums and forms together to interpret the writings and feelings of its focus point, which is the author James Baldwin and his unfinished novel Remember This House.

Director Raoul Peck takes Baldwin’s writings from that period and has them read by Samuel L. Jackson who supplies the film’s voice over; the deaths of the three major Black political figures become signposts exploring the period’s senseless racial violence. Peck himself is a Haitian filmmaker and a political activist, who served as the Minister of Culture of Haiti.

The three men whose deaths are reflected upon are Martin Luther King Jr., Malcolm X and Medgar Evers who was also a Civil Rights activist. If this sounds daunting from a spectator viewpoint alone, it is but also befitting of the dizzying, multi-faceted angles touched upon here and the film’s lofty ambitions of tying its subject to popular culture, specifically Hollywood filmmaking and then even contemporary America!

The film is comprised of footage from the Civil Rights Movement, interviews with Baldwin, but it also intercuts snippets of Hollywood films and footage of contemporary race riots such as Ferguson, Missouri. What this film’s central theme seems to be overall is combating social conditioning. One of the main examples of this is when Baldwin talks about Hollywood cinema and how many people would grow up watching White heroes, such as John Wayne, murdering non-White enemies.

Young African Americans would view and accept this because it is all they had ever seen in movies and therefore believe its representation to be normal and true. These White characters are described as becoming “a legend out of a massacre”. This is also perhaps reflective of Black people being desensitised to every day racism, bullying or “apathy and ignorance” on the part of the White man who are also rightfully called “moral monsters”. If you do not challenge the systems of power then you come to accept the ugliest things as normal and common. 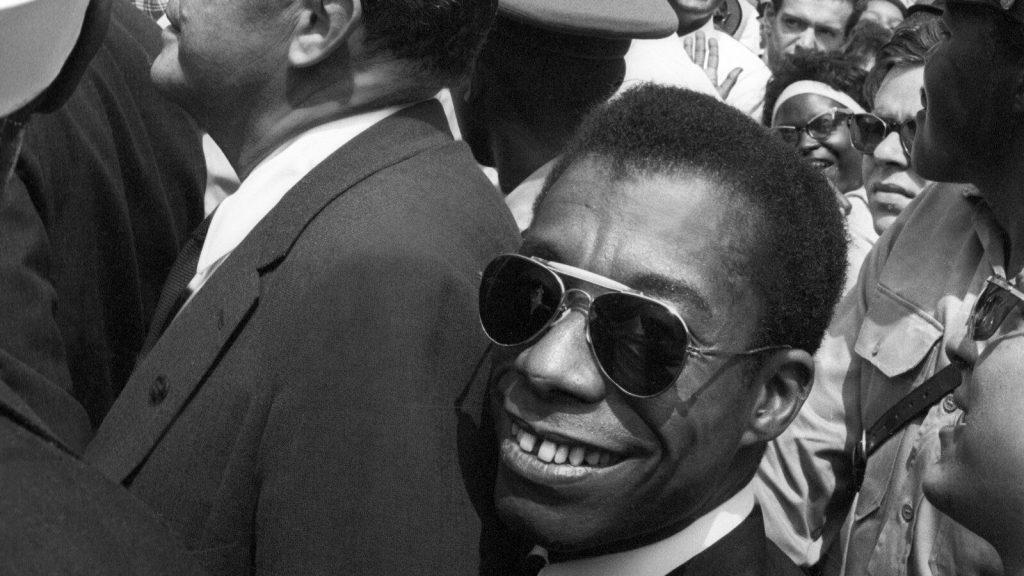 Some of the insights in the film are brutal and surprising too. Perhaps the largest is the film’s criticism of Bobby Kennedy who is described as not understanding the requests of African Americans and that he wore “weariness like it was his skin”, Jackson’s poetic, but sometimes intrusive voice over tells us at one point. There are other fascinating insights here such as when the point is made that if a Black person had acted like John Wayne in a film they would be called a “raving maniac”, which is a new angle most would never have considered.

There are also complex and difficult ideas here about perception. One montage shows crazy White people on shows such as The Price is Right and Jerry Springer fighting and the film says that people are “trapped between what we’d like to be and what we are”. With the footage, it could mean that beneath White people’s ambitious for wealth and fame, there is a toxic narcissism that draws out their violent impulses.

Being White in the film is described as “a metaphor for power” and being on these television shows is interpretable as being over-privileged or having their problems prioritised over people of colour. One shocking and upsetting example of perception is when a man of colour recalls not being able to have any contact in public with a girl he was dating because people might have seen him as threatening to her. 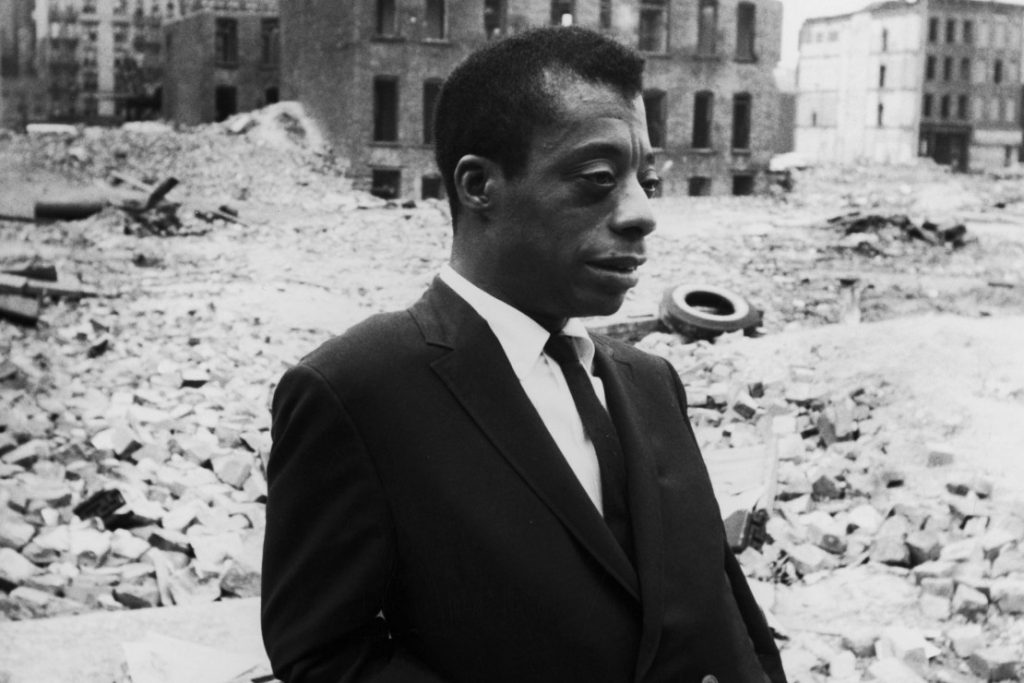 There are parts of the film that are very affecting to watch, including the time when Baldwin recalls first hearing about Martin Luther Jr. being assassinated, particularly because that death specifically evoked the peaceful resistance to hatred being lost. The ending where Baldwin declares there is no such thing as a Negro because he is simply a man is quite moving.

Equally daunting is when the film shows old footage of people bearing flags that says, “White Power” and swastikas on them back in the 1960s. It is frightening to behold given the recent riots over the Southern statues and the Neo-Nazi lunatics that surfaced from the gutter in recent weeks in contemporary America.

It is a film with many ideas and thoughts, which sometimes makes it difficult to watch because it can be overwhelming. It poses the challenge of staying with the film’s ideas while also not being swept away by its incredible stylistic choices, such as trying to listen to a complex and imposing voice over while watching a jazzy Hollywood musical number unfold. 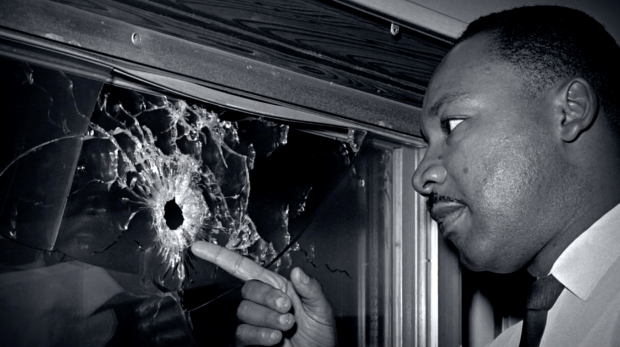 The grainy footage of the past, complemented by the deepness of Samuel L. Jackson’s voice, gives the film a Film Noir-like quality. By using the footage of a cheery musical, it is showing how the US masked itself with the shiny exterior of the movie world, thereby casting a blind eye to its ugliness and racial prejudice—this undercoating rot is an important staple of crime noir stories.

Admittedly, I did not understand the entirety of the film because of the difficulty of some of the poetic language and some of the statements made, such as one saying that Gary Cooper was a grotesque figure. However, there’s still enough new insights and statements of power to make the film worth seeing, along with its unfortunate and disturbing timeliness of its historical images.

I Am Not Your Negro – Film Review Damien Straker
Score

Summary: There’s still enough new insights and statements of power to make the film worth seeing, along with its unfortunate and disturbing timeliness of its historical images.