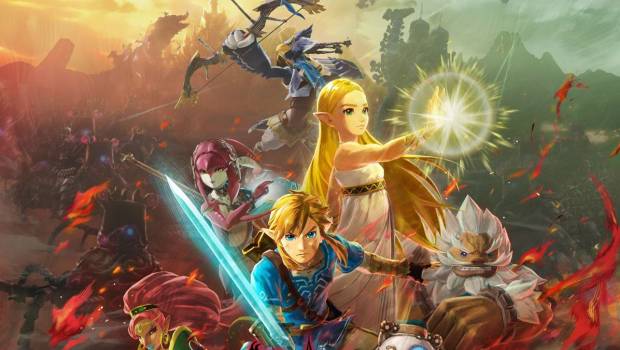 Hyrule Warriors: Age of Calamity Review – A War Of Concessions

Summary: Hyrule Warriors: Age of Calamity might be right up there with my favorite Zelda games, however it's hard to recommend when the frame rate is so choppy, and the lack of commitment for Nintendo to go hard at the prequel hardships. Still, if you want the best look into the lore of Hyrule, this is well worth your time.

Hyrule Warriors was a surprise hit for many gamers. Blending the complex gameplay of the long running Dynasty Warriors series into a celebration of Nintendo’s most coveted franchise was an unexpected mashup that worked surprisingly well. It showcased the extended Zelda cast in a brand new light, and it’s over-the-top action, hard rock soundtrack, and bombastic attack stylings, struck a chord with a huge number of gamers. The sheer spectacle alone was worth signing up for.

Hyrule Warriors: Age of Calamity is a far more grounded and meaningful look at the story of Hyrule, a tale that examines the horrific events of the calamity that precedes 2017’s The Legend of Zelda: Breath of the Wild. In many ways its ending is predetermined, an unfortunate battle where Link and crew are destined to fail.

PSYCHE. Of course there’s an out. A time travelling mini-guardian has whisked away from the darkest timeline in order to warn Zelda and her compatriots that an inescapable doom is on the horizon. There’s also a cheeky evil mini-guardian to throw a spanner in the works, and it gives Nintendo a convenient out to be able to play the next twenty or so hours consequence free. I’m not going to lie, I was actually pretty bummed about this – I thought we were getting the Rogue One of the Zelda franchise – a story that was destined to end in heartbreak, but rather than commit to the somber promise of Ganon destroying Hyrilian society as we know it, we have this.

I understand that this will make or break it for some fans, but if you’re willing to accept the story conceit, you’re in for a wild ride. That’s all down to just how well Age of Calamity fills out the world that Breath of the Wild becomes. Every major mission introduces a character eluded to, or perhaps seen in the 2017 epic, and goes the extra steps to really fill out their story and create a sense of purpose. Unlike the original Hyrule Warriors, there are no “oh cool and now you’re here” moments. Instead you are heading off to all corners of Hyrule to rally the support of the fiercest heroes from all the clans, and awakening the Divine Beasts in preparation for the battle ahead. Age of Calamity feels like a prequel, a true prequel that received all the love and care you would expect from the Zelda franchise, and I must admit, it’s downright impressive. If Breath of the Wild was your jam, but you wanted it to have more narrative, you’ll find it waiting for you here.

It’s not just the narrative side of Age of Calamity that gets the tie-in treatment, it’s the combat too. The premise and execution is largely what you would expect from a Warriors game, but they have cleverly worked in the Sheikah Slate Runes into the flow to provide some much needed depth. Each of the Elite enemies will at times display a weakness before pulling off one of their combos, and you can quickly and effectively stop them in their tracks with a well placed Rune. Got a charging enemy? Throw up an ice-wall and have them bash into that instead of your squishy body. A Moblin has a big heavy steel hammer? Use Magnesis to steal it away from them, only to throw it back into their face twice as hard. It’s not just the general combat that has improved flow. Rods and consumables can also be easily accessed and used with a trigger and the face buttons, the map is much more readable during chaotic moments, and the special moves are more ridiculously awesome that you could ever need. Age of Calamity is fun. I’d even go as far to say it’s even more fun than its predecessor, and part of that goes back to how much more grounded it feels, even though it’s just as bombastic. This is not a celebration of a franchise, this game holds real weight because it’s exploring the great battle that we know of, but have never seen.

The loop when you’re outside of the battlefield has also been tweaked, and for the better in my opinion. The lands of Hyrule are divided into regions, and each region has a slew of tasks and upgrades to complete which will net you rewards and upgrades for your characters. Just like in Breath of the Wild, as you open chests and slay your foes on the battlefields, you’ll be collecting spoils such as Bokoblin Horns and various other animal parts that can be used as crafting materials to complete the tasks dotted around the hills. Age of Calamity also introduces recipes, which you can unlock by completing the cooking tasks on the main map, which will then allow you to cook that meal for your party before you depart for battle to get a tasty bonus. It’s very much like a light nod not only to Breath of the Wild, but also Monster Hunter, and I really enjoyed that aspect. Gone are the endless menus for upgrading characters and fusing materials, and instead I’m making contributions to the wider cause. It just made more sense to me. It felt like I was affecting the game world, and that I could somehow turn the tide of the oncoming battles.

While I can’t go too deep into the story, the bosses, or the playable characters you will unlock along the way, I must say that Age of Calamity has a lot of depth in that department. I found that in the original Hyrule Warriors a change of character was largely just a change of skin, and a different special attack. Each character feels largely unique in Age of Calamity, right down to having completely different fighting styles between many of them. For the most part, it still boils down to chaining simple combos, using the various items, and well-timed Rune attacks, but the developers have managed to hit a sweet spot between combat diversity, and depth here. The cast of characters are all great to play, and I had a great time getting to know all of them as they quipped on the battlefield. 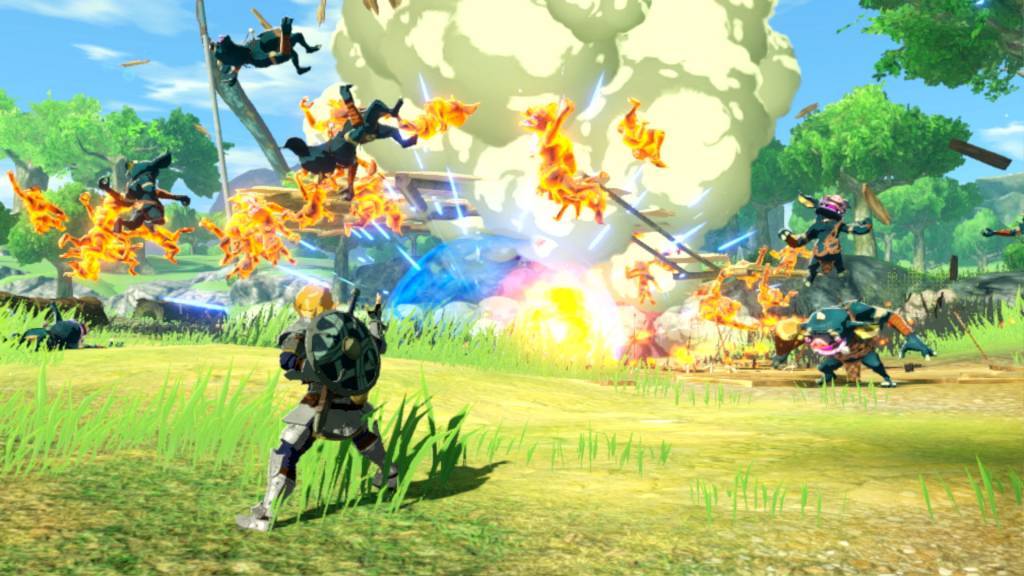 But it’s all not sunshine and rainbows for Hyrule Warriors: Age of Calamity. The new art style, coupled with the flashy rune effects and fluid animation leads to many frequent frame rate issues. We first heard reports of this when the demo launched on the eShop a few weeks ago, and keeping in mind that I was playing a pre-release build, but those issues are definitely still there. There seems to be frequent frame dips in most areas, and occasionally I managed to see the game almost come to a chugging halt. Now don’t get me wrong, I still had a really great time playing Age of Calamity, but these issues were bad enough that I was actually shocked Nintendo were happy to put this out. It’s not the smoothest experience, but if you’re like me and you’re enjoying the game enough, you learn to look through this. Players shouldn’t have to make that concession though, and I’d definitely recommend checking out some videos and streams if this is going to be a sticking point for you. I did notice that the game tended to run more smoothly in handheld mode, which was a complete surprise. Granted, I didn’t play in handheld mode for too long, because I did need to capture footage for this review, but once again – your mileage may vary, so do your own research.

There’s also these segments of the game where you get to pilot the Divine Beasts. This should be a super awesome, incredible moment that fuses Age of Calamity and Breath of the Wild together. It doesn’t. Instead it feels like a clunky turret section of any video game circa. 2005, and the muddy graphics and frame-rate issues really make it stand out as just…. Boring. Once again, it’s a real kick in the teeth, because honestly the rest that Age of Calamity offers is just so damn stellar.

So where does that leave us? Ultimately Hyrule Warriors: Age of Calamity is a fantastic evolution of Hyrule Warriors, that manages to meld almost seamlessly into the Death Mountain sized lore gap that Breath of the Wild left behind. It’s increased variety and depth of combat, matched with the meaningful tasks, upgrades, and side missions in the overworld really built out a platform that I think any Zelda fan would happily sign up to. But the frame rate, it’s a real issue, an issue that some people simply will not be happy enough to ignore. I don’t blame those people, but Age of Calamity offers the one thing that I’ve been craving from the franchise since I played the original game on the NES – meaningful narrative. Narrative that is genuinely good, not groundbreaking, but for this series, a welcome addition of character.

I think Hyrule Warriors: Age of Calamity is worth your time, the only question is are you willing to push through its shortcomings in order to see that payoff? For me personally the answer was yes. For you – I say do some research before pledging your sword for the realm.