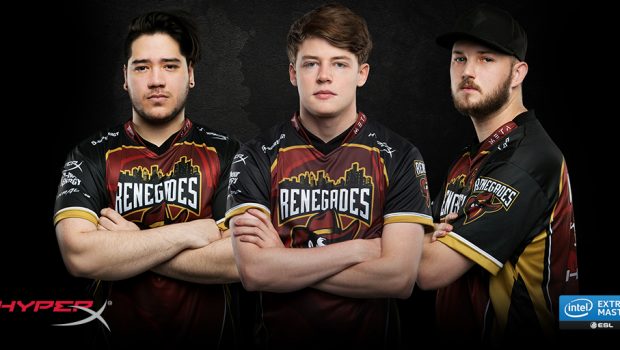 HyperX to Host Renegades and SK Gaming Autograph Sessions at the Event.

Sydney, Australia – May 1, 2017 – As Intel Extreme Masters Season 12 is ready to kick off in Sydney, Australia, HyperX™, the high performance division of Kingston Technology, will once again be the exclusive peripheral and memory partner for the brand new season. This will be the fifth consecutive year HyperX team up with Intel Extreme Masters, the relationship having started back in Season 8.

“We are thrilled to once again partner up with HyperX, who we have had a successful relationship for several years now.” said Michal Blicharz VP Pro Gaming at ESL, “HyperX’s ongoing commitment to excellence has made it a perfect match for Intel Extreme Masters for the last 4 years. Taking this commitment into the next season will only improve it further.”

In addition to partnership with IEM, team Renegades, SK Gaming and Vici Gaming, whom sponsored by HyperX, will be practicing and competing with HyperX headsets, keyboards, mice and using systems complimented by HyperX memory in Intel Extreme Masters tournaments.

The Sydney event will be particularly poignant for the Renegades, who are returning to Australia to compete for the first time since the team was bought by Boston Celtics forward, Jonas Jerebko. To mark the occasion, HyperX will be hosting Renegades and SK Gaming on its stand, so that fans can come and personally meet the pro players, ask them questions, and get their autographs. Fans who want to meet the Renegades can visit the HyperX stand at Intel Extreme Masters at 12:15pm on Sunday May 7, or to meet SK Gaming, visit the stand at 12:30pm on Saturday May 6.

Except for the chances to meet world-renowned heroes, HyperX also provide incredible on-site price discount for the purchase of gaming peripherals. What’s more, Australian Team Legacy & Scylla Esports would both join on a 3v3 CS:GO tournament at HyperX stand, so don’t miss out!”