HyperX Back at PAX AUS 2017 with Loads of Fun

Sydney, Australia – Oct 24, 2017 – HyperX, a division of Kingston Technology, today outlined their presence at PAX AUS 2017. Their packed schedule of fun activities includes many ways to win exclusive prizes on the HyperX stand, at Melbourne’s Convention and Exhibition Centre from Oct 27 to 29.

With a three-consecutive-year presence, HyperX has again lined up a full schedule on its stand, where Aussie gamers can come and prove their gaming skills and knowledge, and walk away with prizes. During each day there will be a series of gaming challenges across fan favourite games including CS:GO, Overwatch, Rocket League, League of Legends and Street Fighter V. Gamers will be invited to team up with esports pro players and Aussie streamers to battle it out, and see who the best players are on the day.

Visiting the HyperX stand to join in the fun will be pro players from local esports teams Dire Wolves, Scylla and Abyss, as well as an appearance from pro SFV player and CouchWarriors BAM commentator, Kevin ‘Burnout’ Kim. Joining them will be well known content creators including LoserFruit, JohnOnTheRadio, GeekAndGamerGirl, Raejayy, SkitzMachine, and Artemis.

Fans will also be able to come and try out VR on the HyperX stand with HTC, and play the fun and addictive VR game, SUPERHOT, alongside well known VR YouTuber, Cheru.

As well as the competitive gaming, there will also be regular Gameshow style quizes and skill challenges for PAX visitors to take part in on the HyperX stage.  While having fun all day at the HyperX stand, gamers can also win a host of prizes, from HyperX branded swag, right up to the major raffle prizes of premium HyperX Bundle Box and AOC AGON gaming monitors.

HyperX can be found on: 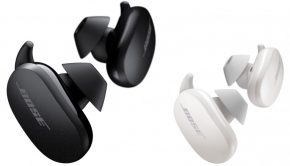 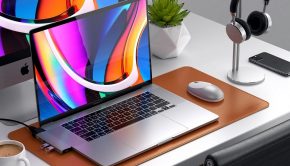 Viewsonic: A Christmas without borders →