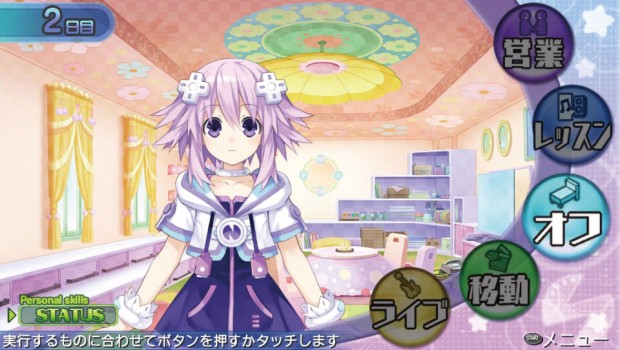 NIS America is proud to announce that the idol simulator Hyperdimension Neptunia™: Producing Perfection is set to release for the PlayStation®Vita system in Australia and New Zealand on June 5 in both retail form and on PSN! Developed by IDEA FACTORY, COMPILE HEART, and the acclaimed idols game developer, TAMSOFT, the fan-favorite Hyperdimension Neptunia CPUs are back, and this time it is your job to guide them to become Gamindustri’s most popular up-and-coming idols! About the game: The player takes on the role of the main character, who’s been summoned to Gamindustri and is immediately hired by one of the four CPUs—Neptune, Noire, Blanc, and Vert—to be their producer and manage their idol careers. Get your training wheels on, ladies, because a new producer is in town and the fate of Gamindustri hangs in the balance! Will you be able to properly raise these CPUs into idols, or will their citizens be stolen away from them by the popular idol group MOB-48!? Teach these girls to sing, dance, and properly promote themselves to the general populace thanks in part to your expertise in training video game idols back on Earth. As the girls’ popularity rises, they will be able to join one another in singing duets, or maybe even come together for a full ensemble!

Key features: Prove your producer prowess: Show you’re the perfect producer for your CPU idols by choosing their daily activities, boosting stats with different lessons and increasing their fanbase through PR events.

Getting to know you: Enjoy the zany Neptunia cast as they talk your ears off in event scenes!

Lights, camera, moe!: Make your CPUs the most popular idols in Gamindustri with crazy concerts, mixing up stage effects and camera angles to really get the crowd pumped up!

Dress you up in nice gloves: In Viewer Mode, you can interact with CPUs, and customize their outfits, creating the most outlandish looks you can think of! 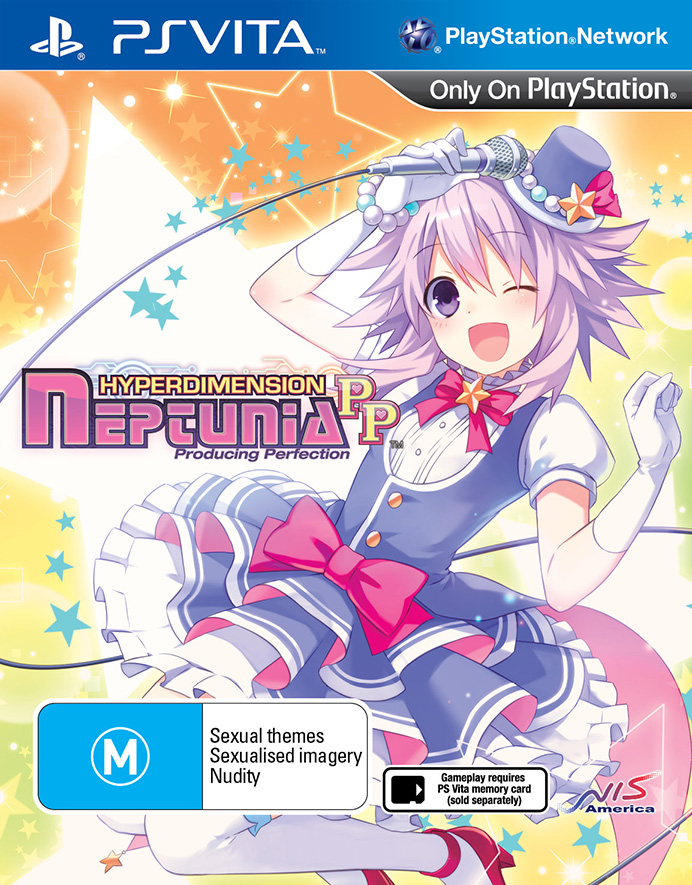