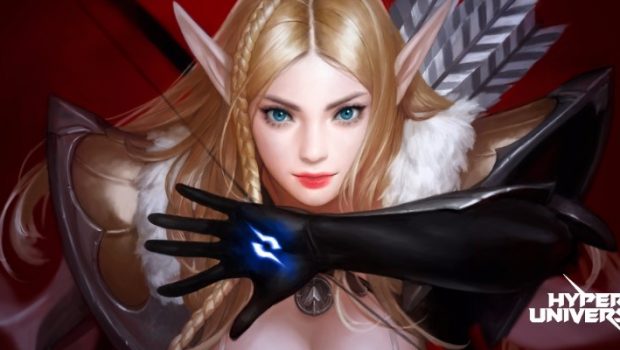 The game will be available for $15.99, but for a limited time between Aug. 24-27 the first players to join will receive a 38% discount at Hyper Universe Steam Page. Players jumping into the Early Access will get to play 28 diverse characters (24 given, 4 earnable) called “Hypers”, and the Delta Station Map, party matchmaking, and much more. Early Access players get to keep the unlocked Hypers for free and earn a special emblem.

Featuring the unique blend of a side-scrolling fighting game with the highly strategic, team-oriented gameplay found in a MOBA, Hyper Universe’s stylized look and action-oriented mayhem will challenge players in a whole new way. Check out the new Hyper Universe trailer that will get you hyped for this Early Access release.

In Hyper Universe, players will take control of one of a multitude of battle-ready “Hypers” and use their insane abilities to defeat the opposing team and bring about victory. Taking many shapes and sizes, the Hypers range from a mage who rains down giant snowmen on his enemies, to a mongoose riding astride an armored rhinoceros, to a tentacled Admiral with the power of the kraken at his call, and more.

Played using a two-handed keyboard and game controllers playable with PS4, Xbox, Logitech, and Steam, Hyper Universe challenges players with five turrets to dominate and defend across multi-level, side-scrolling maps, as they jump up and run down the ladders, bust through floors, and warp behind the enemies to save the universe. The six character classes include a Tank, Bruiser, Specialist, Striker, Support, and Assassin.

Hyper Universe can be purchased for $15.99 on Steam Early Access at http://store.steampowered.com/app/591530/Hyper_Universe/. For more information visit, http://hyperuniverse.nexon.net.