The Hunter Call of the Wild PC Review

Summary: The Hunter Call of the Wild Simulates hunting down animals, maybe a little to well. If You know what hunting is all about you know what to expect. Long minutes or more stalking before you get a shot.

The Hunter: Call of the Wild tests a gamers’ ability in this world of hunting in beautifully depicted locations as the developers do a pretty darn impressive job of simulating the effects of a wild game hunt and placing it in gaming form. The first thing that would come to mind when playing the game is patience.

A player will definitely have to have some patience, because the game simulates tracking an animal from looking in an area for tracks and signs that the animal has been foraging, or laying down, and even its spoor. That pretty much means its poop… to be able to tell how long ago the animal had been through an area.

It should be noted that it can rather be intimidating when playing the game for the first time as there are numerous icons and things to keep track of to assist you along the way to be a great hunter. For example, hitting F2 brings up the inventory screen where you can drag and drop them onto the bar at the bottom of the screen for quick access. Each quick access spot corresponds to a number on the keyboard and hitting that number brings the item up for use a lot faster than fumbling around menus.

In addition, a mission log also tells you what the current mission is. This comes in handy if you have been roaming around and forgot what your original goal was. Furthermore, there are skill trees so there is some actual choices from the player on what kind of hunter they are going to be. 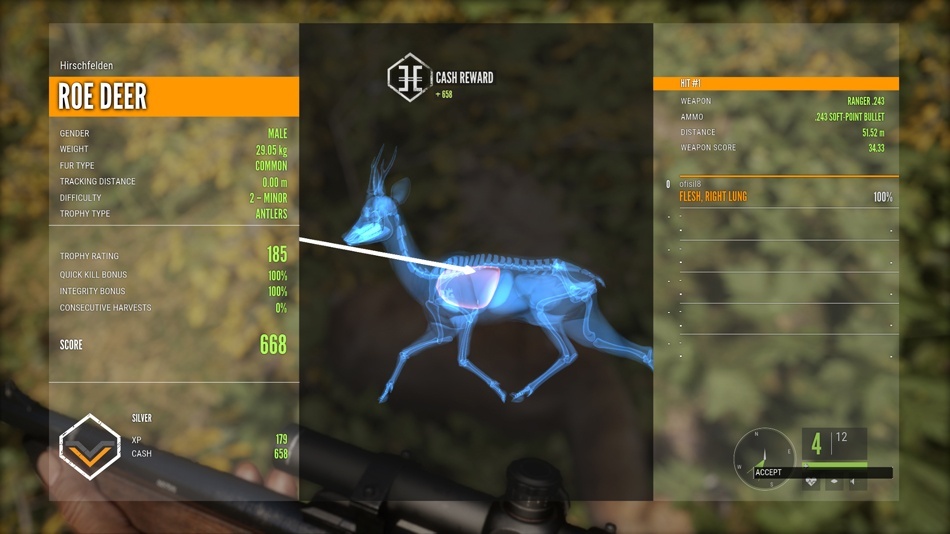 Throughout the game, you gain experience and cash for each successful hunt and even more experience depending on how well you place your shots to bring the target down. Players will need successful hunts in the game to gain that cash in order to purchase better equipment.

One of the simple things that the designers have given players for success is part of the hud. At the bottom, right of the playing screen is a compass with a cone on it. This indicates the wind and from what direction it is blowing.

If you are between the animal you are stalking and the wind, the animals can smell you and you will have a harder time hunting them. Other indicators are a little speaker icon, this indicates how noisy you are. The noisier, the more you are alerting the animals in the area. 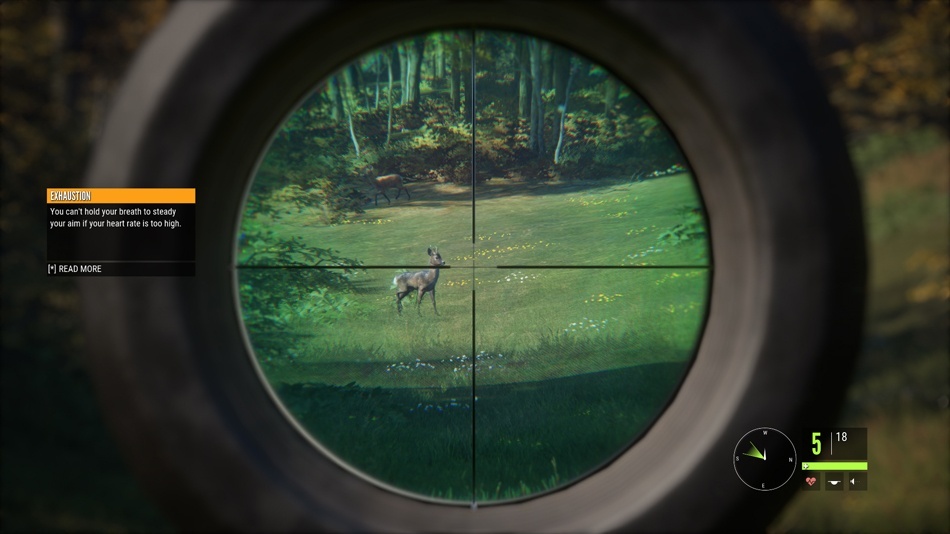 In addition, another icon indicates how visible you are to animals in the area.  The final icon is a heart and this indicates pulse rate. Many gamers will be familiar with this concept. The faster your pulse the harder it will be to keep a steady aim. Letting the pulse drop and then holding your breath will steady the aim.

Now if you think that you are going to be out hunting Bambi’s mother you are in for a surprise. Because not only are there deer to hunt but Moose, and bear as well, and they can be dangerous. As you may or may not know a threatened animal is very dangerous, an injured animal even more so. Some animals will in fact turn and attack if you are not careful.

The Hunter: Call of the Wild is a decent simulator of what hunting is all about, and recently with some of the DLC now available makes the game even more interesting. While some of what is available one can argue should have been part of the game in the first place, some of the items are a very welcome addition to the hunting experience.

There is a new Compound Bow to add some more zing to your hunting. If you do not think, the game gives you enough options to start with your own character, a customization pack for your hunter, giving even more option to customize your character. Lastly, there is a Tent and Ground Blinds pack, this really adds something to the game. Even though it is a simple, add on. It just feels right. 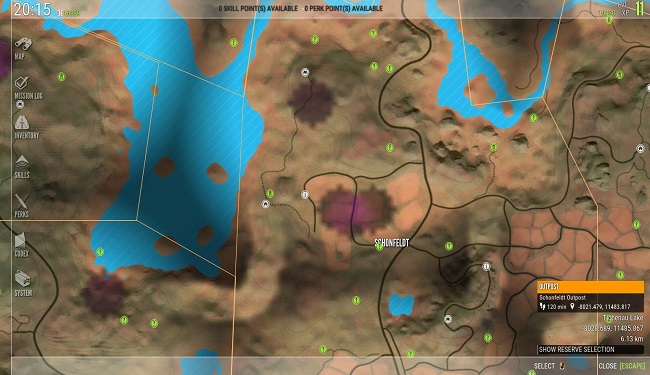 Bugs hinder the experience; I am not talking about actual insects I am talking about some annoying game bugs.  However, the designers and publishers as any games company continue to work on anything that could lessen the player’s enjoyment. 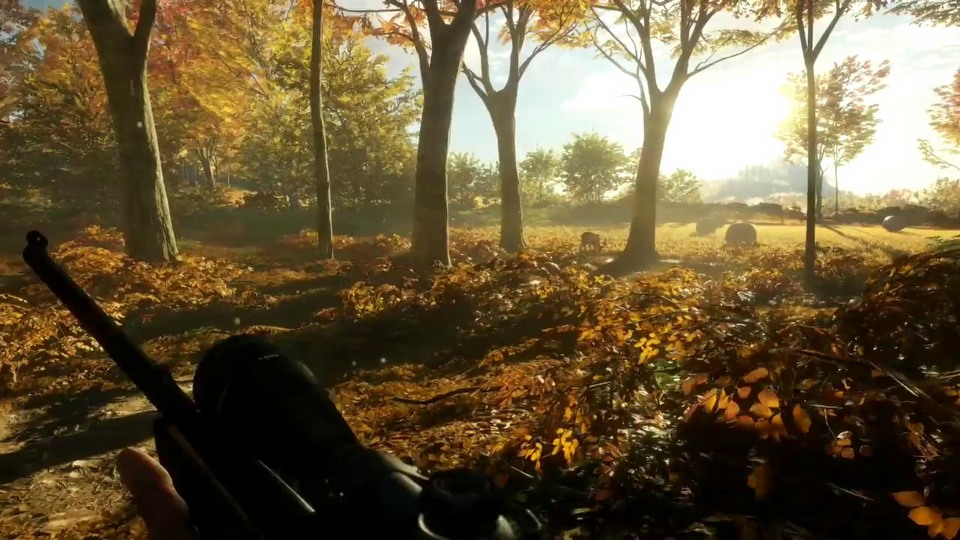 The draw back here is that the game simulates hunting very well. You may find yourself stalking an animal for a considerable length of time before you even catch sight of it. If you are a gamer, that is looking for constant excitement in your gaming, The Hunter: Call of the Wild may not be for you. The pace can be slow and plodding during a hunt.

If you on the other hand want to have a close as you can get to a real hunting experience as you can without traipsing around in the wild…well then HUNT no further. The Hunter: Call of the Wild is for you.