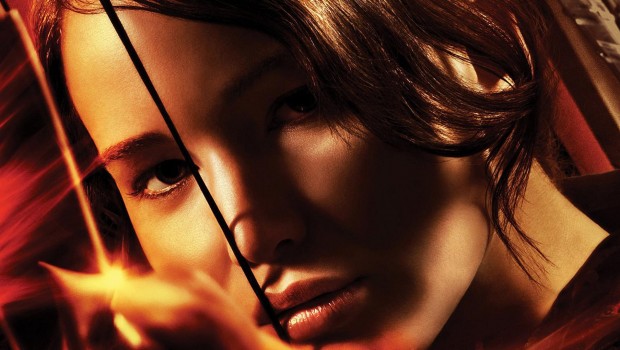 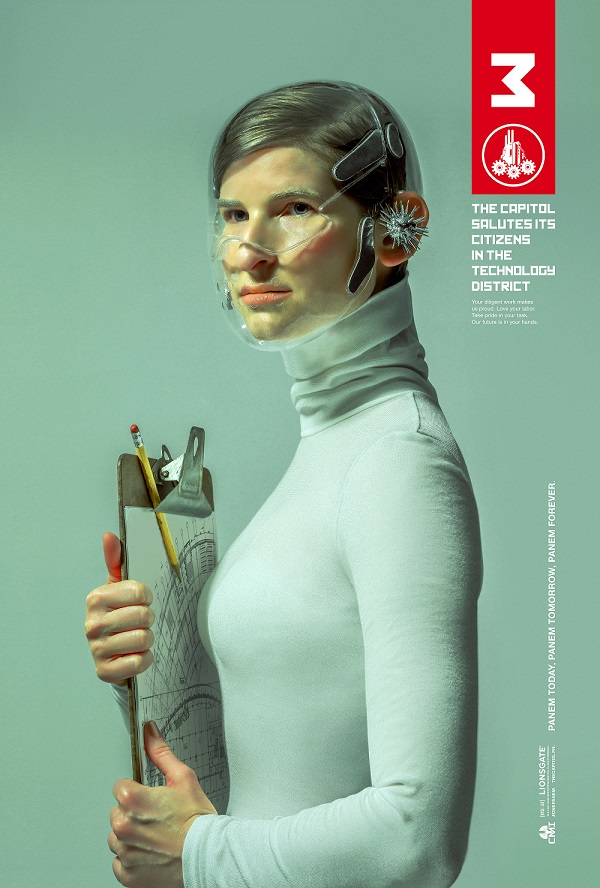 After shorting out, then quickly repairing District 3’s mainframe at the age of nine, Fibre Bissette, 32, has proven her fearlessness in the face of any challenge. 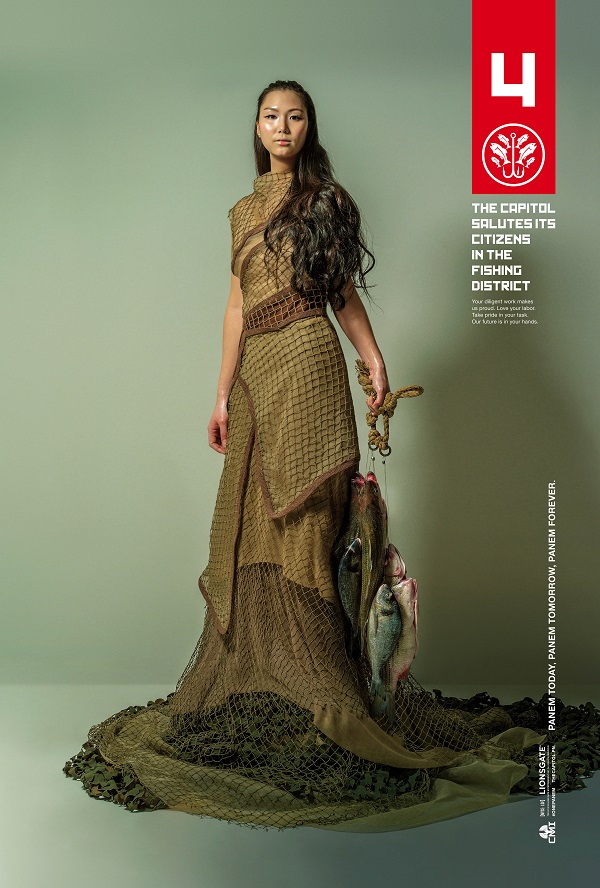 The proud daughter of a deep-sea fisherman and a sixth-generation pearl diver, Naida Dolan, 22, channels her legacy as she proudly holds the day’s catch. 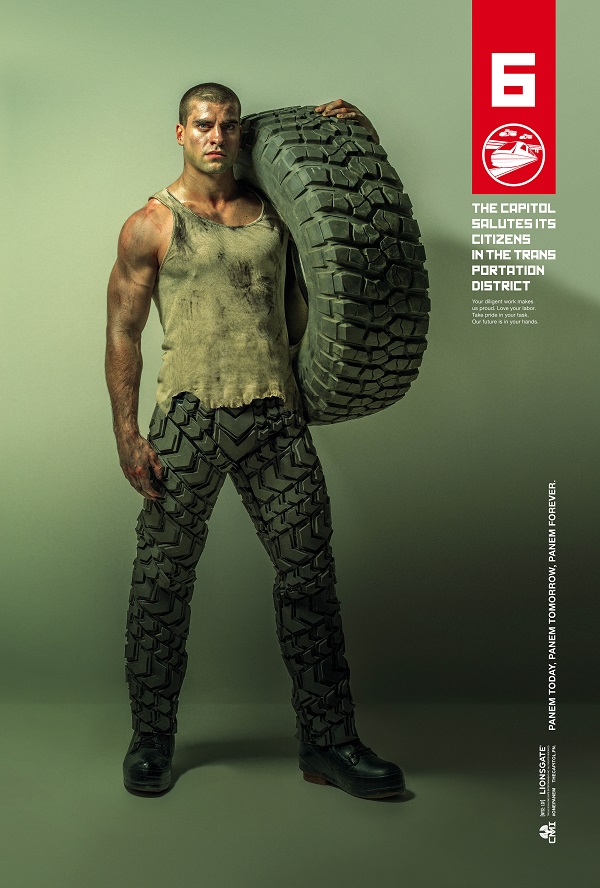 Thought to have gasoline pumping through his veins, Malcolm Kastel, 31, is devoted to District 6’s mission of keeping Panem moving. 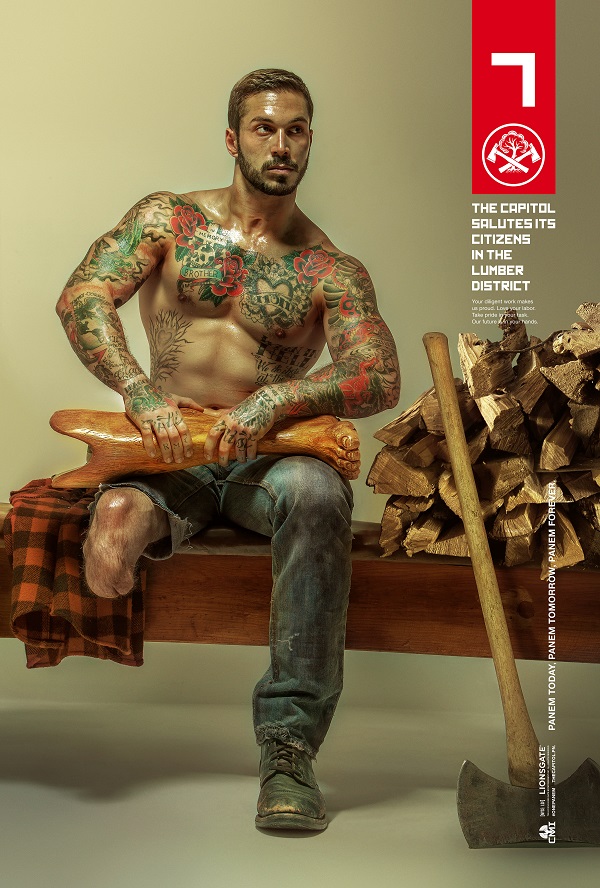 Elias Haan, 26, has kept the axe handed down to him by his great-grandfather as a reminder of the hardships he and his great District have overcome. 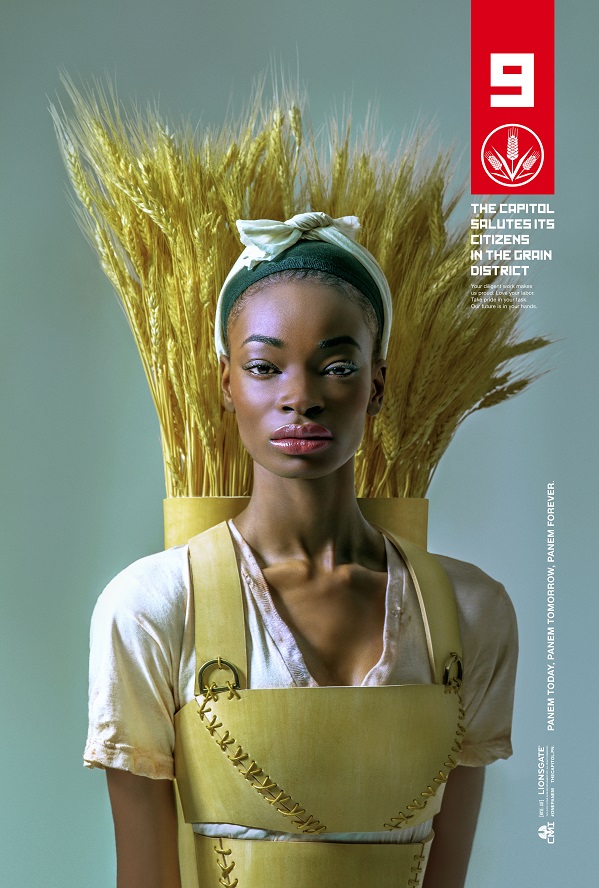 After a day in the fields, Triti Lancaster, 17, graciously offers a bundle of wheat to her fellow citizens of Panem. 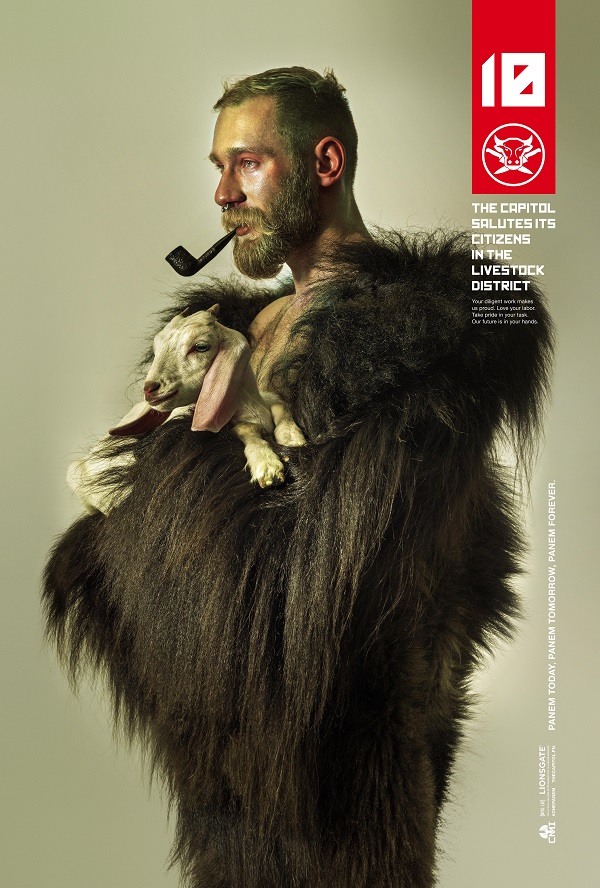 Raised amongst the herd, Felix Stam, 35, possesses a quiet understanding of the ways of animals and the circle of life that unites us all. 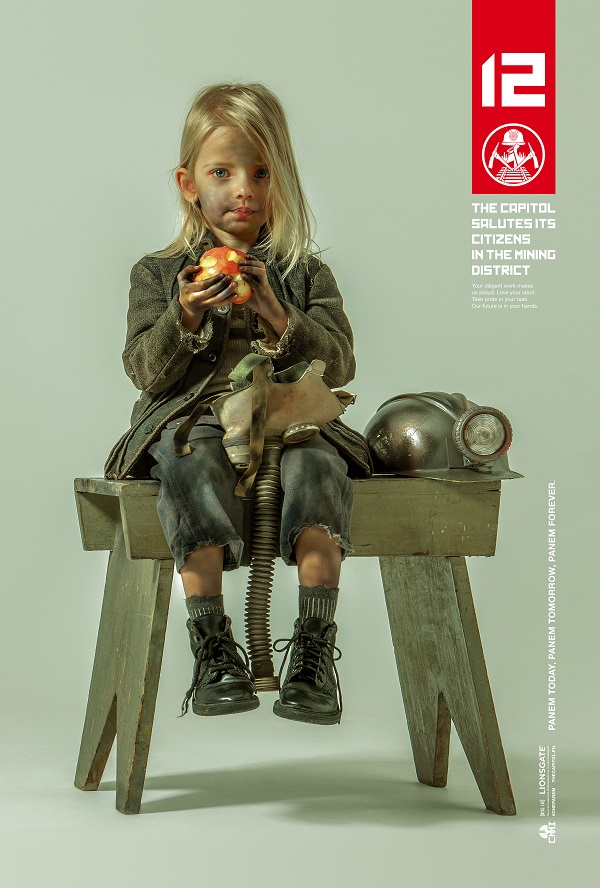 Lily Elsington, 6, captures the spirit of the next generation of District citizens: ready, willing, and eager to fuel the Panem of tomorrow.