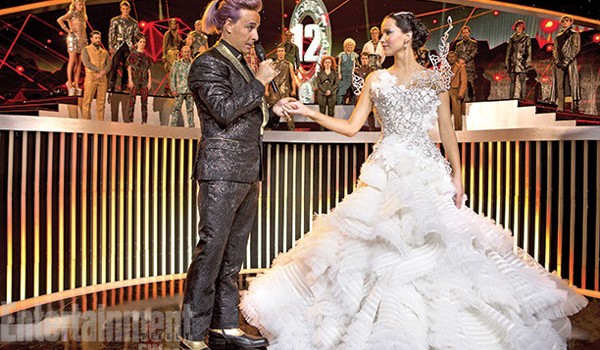 The Hunger Games: Catching Fire
AVAILABLE TO OWN AND RENT ON BLU-RAY, DVD, & DIGITAL FROM 19 MARCH

Theatrical release has generated $39 million at the Australian box office and over $860 million worldwide.

Academy Award® winner JENNIFER LAWRENCE (Silver Linings Playbook) returns as Katniss Everdeen, the girl on fire, in this thrilling second adventure from The Hunger Games. Against all odds, Katniss and fellow tribute Peeta Mellark (JOSH HUTCHERSON – The Kids are All Right) have returned home after surviving the Hunger Games. Winning means they must leave their loved ones behind and embark on a Victory Tour through the districts. Along the way, Katniss senses a rebellion simmering – one that she and Peeta may have sparked. At the end of the tour, the former Hunger Games victors are pitted against one another when President Snow (Golden Globe® winner DONALD SUTHERLAND – Path to War) announces a deadly 75th Hunger Games that could change Panem forever.