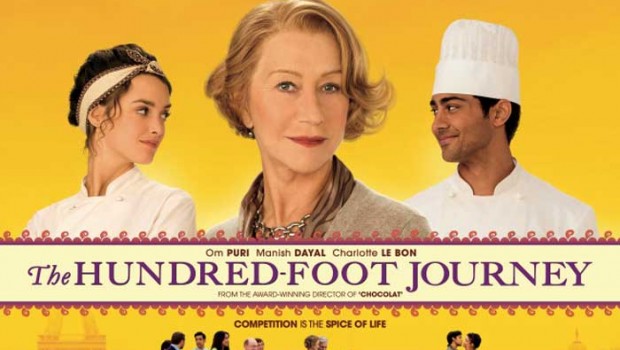 Summary: The Hundred-Foot Journey is the feel good movie of the year with a healthy dose of predictability!

The Hundred-Foot Journey is the delightful yet predictable story about the Kadam family who were forced to flee their home country of India due to persecution. Led by the patriarch of the family “Papa” (Om Puri), the Kadam family ended up in Britain, however their life was less than perfect where he made the decision to move the family to France in order to find their own personal Shangri La. 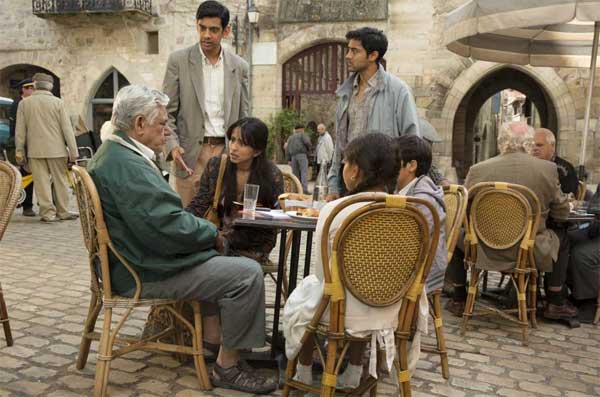 However while travelling in the countryside in mainland Europe, fate decided to choose their new home and when the brakes on their family van fails, a kind local named Marguerite (Charlotte Le Bon) helps Papa and his five children Mansur (Amit Shah), Hassan (Manish Dayal), Mahira (Farzana Dua Elahe), Mukthar (Dillon Mitra) and Aisha (Aria Pandya) get safely to the nearest town. However for son Hassan, he is immediately taken by Marguerite by not just her beauty but also her knowledge for food which reignites his passion for cooking.

It is here where Papa finds an abandoned restaurant that he wishes to make Indian but unfortunately Madame Mallory (Helen Mirren), the proprietress of a celebrated French restaurant has other ideas and declares war on the Kadam family as her established is just hundred feet away. Hassan also learns that Marguerite is the sous chef at Madame Mallory’s established who supports him to learn more about their local food and classical cooking. 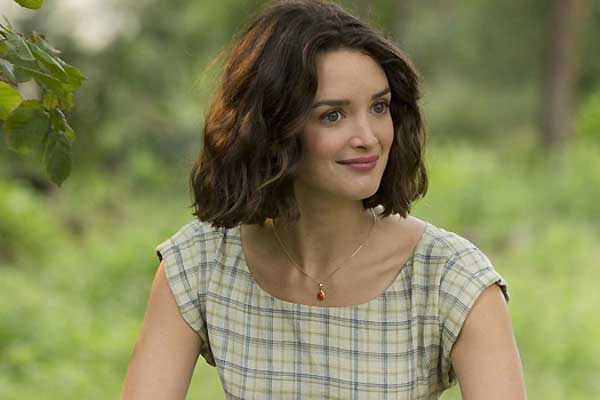 As the film progresses, Hassan’s skills as a chef grows and conflicts are created and resolved in this thought provoking drama revolving around food, family and relationships. Helen Mirren is perfect as the aristocratic owner of her own restaurant and wants nothing more than to receive another Michelin Star. The war she creates with Papa is also quite amusing to watch unfold and Om Puri is very entertaining as the patriarch of the family. Manish Dayal plays the stoic Hassan well who is complimented by the beautiful Charlotte Le Bon who adds another element to his character plus a potential of romance. Amit Shah who plays Hassan’s oldest brother is used as a comedic tool that actually works, especially when linked to Om Puri. 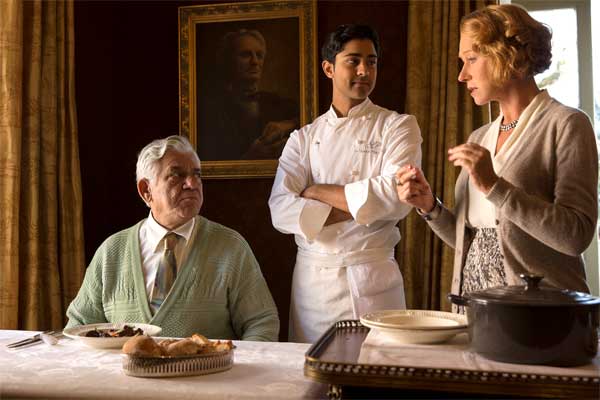 In the end, The Hundred-Foot Journey is a little predictable and clichéd at the same but reinforces the family as a unit with a beautiful story revolving around a family of Indiana refugees in France and the celebration of food. Overall, the movie is well acted and has some beautiful cinematography and director Lasse Hallström should be commended on creating such a feel good film.