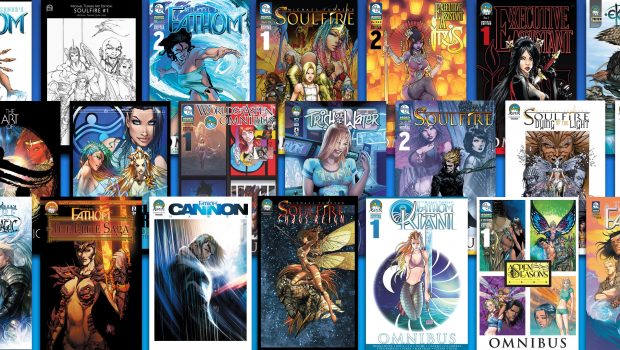 Humble Bundle has once again teamed up with Aspen Comics for an incredible array of pay-what-you-want comics.

The Humble Comics Bundle: The Art of Michael Turner presented by Aspen Comics features a host of Aspen’s flagship offerings by the late superstar creator, including Michael Turner’s Fathom and Soulfire, Executive Assistant: Iris, and a special incentive code to receive a free physical copy of a www.AspenStore.com exclusive Harley Quinn #1 variant cover exclusive to this bundle.

Customers can pay what they want by naming their own price of $1 or more, and can also choose how the money is allocated between Humble Bundle, Aspen, and two charity partners, Hero Initiative and the Prevent Cancer Foundation.

The Humble Comics Bundle: The Art of Michael Turner presented by Aspen Comics is available NOW and expires June 7, 2017 at 11:00 a.m. Pacific time. It can be found at: https://www.humblebundle.com/books/michael-turner-aspen

About The Hero Initiative

The Hero Initiative is the first-ever federally chartered not-for-profit corporation dedicated strictly to helping comic book creators in need. Hero Initiative creates a financial safety net for yesterday’s creators who may need emergency medical aid, financial support for essentials of life, and an avenue back into paying work. It’s a chance for all of us to give back something to the people who have given us so much enjoyment.

Since its inception, The Hero Initiative has had the good fortune to grant over $1 million to the comics’ veterans who have paved the way for those in the industry today. For more information, visit www.heroinitiative.org or call 626-676-6354. 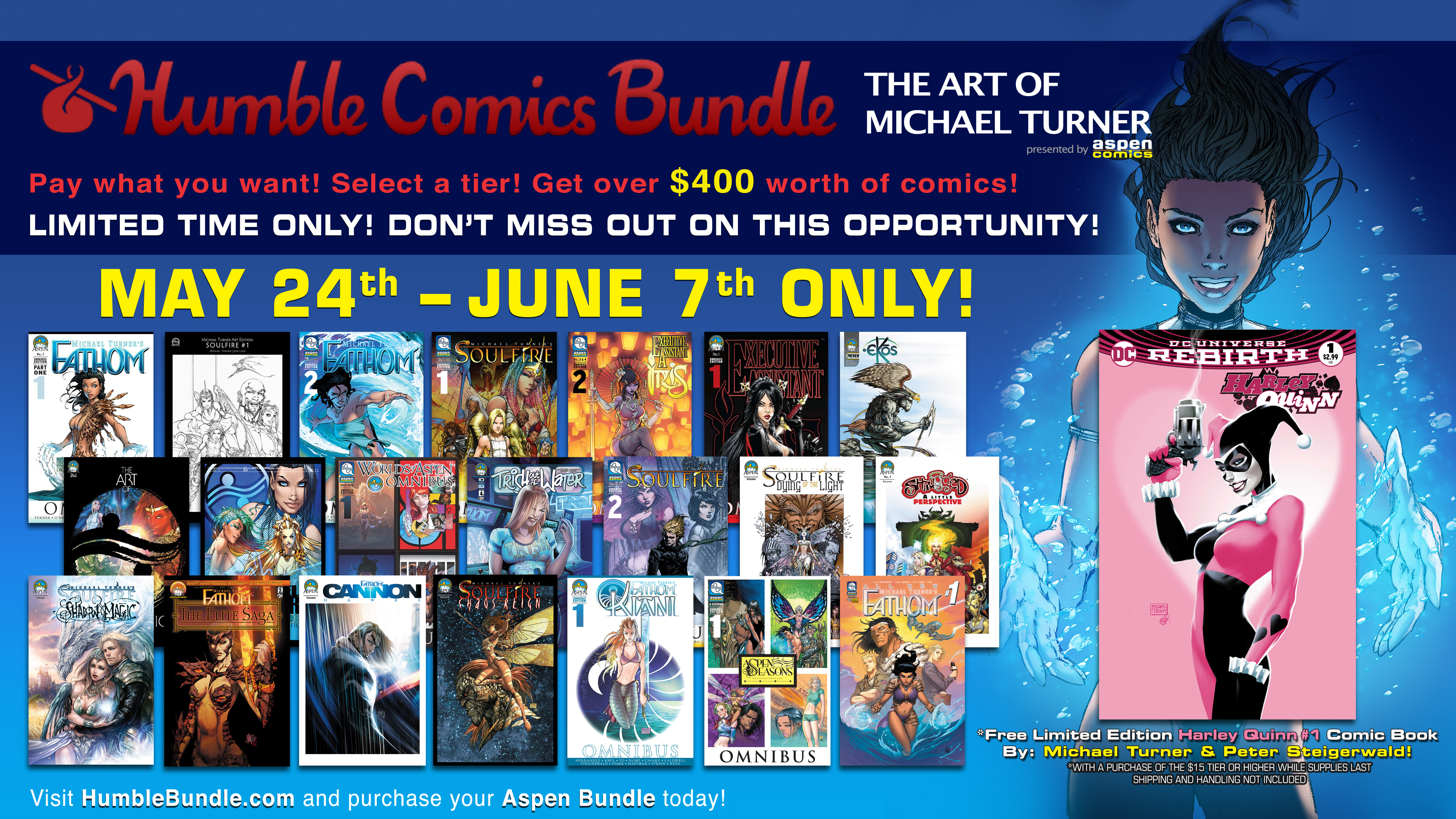