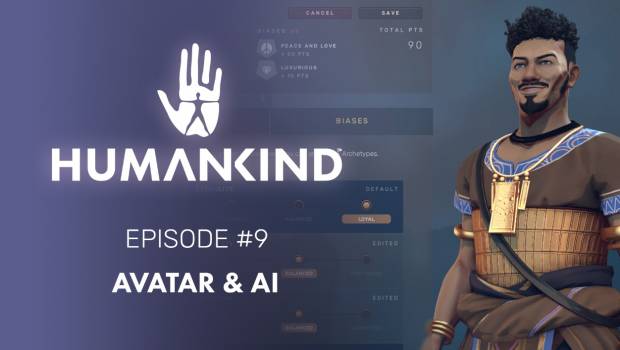 In Humankind, players will be able to customise more than just the physical appearance of their avatar. They will also be able to set an “AI” personality which will represent them while they are offline.

We’ve got a new Feature Focus about a feature that many have gotten a glimpse of for quite some time, but have not yet gotten to play for themselves: Avatars and their AIs.

In Humankind, all civilizations will be represented by an avatar, and as a player you will get to customise your own and share it others.

Creating an Avatar for yourself is fun for single player, but it really shines with friends. Of course, friends will see your Avatar when you’re enjoying a multiplayer match, but more than that, you can share your Avatar with your friends through Games2Gether so they can play against “you” even if you’re not around!

Customisation is not just visual: you can also customise how your avatar behaves! There are three aspects to this AI customisation:

Of course, some of these options and combinations may be stronger than others, so they are assigned a score you will have to spend to add them to your Avatar. Other options might not be available to you at first and are unlocked through achievements in the game.

We hope you enjoyed this peek at what we have in store with the Avatars and their AI.