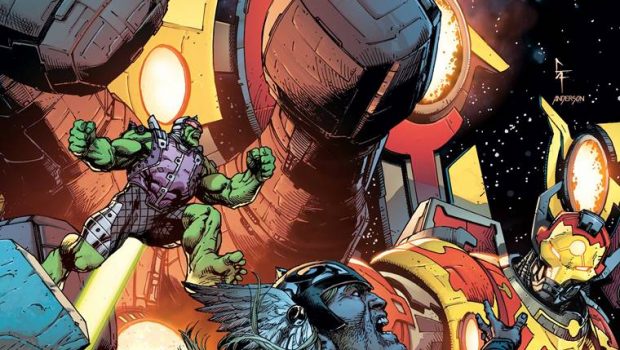 HULK VS THOR: BANNER OF WAR RAGES ON!

Launching in April, Marvel’s biggest hitters will duke it out for their 60th anniversaries in HULK VS THOR: BANNER OF WAR! Donny Cates, the acclaimed writer behind both HULK and THOR, will team up with rising star artist Martin Coccolo in a story that will smash both character’s current sagas together in a glorious showdown! The five-part crossover will kick off in April’s HULK VS. THOR: BANNER OF WAR ALPHA #1 before exploding in the pages of both Hulk and Thor’s hit solo titles throughout May and June. 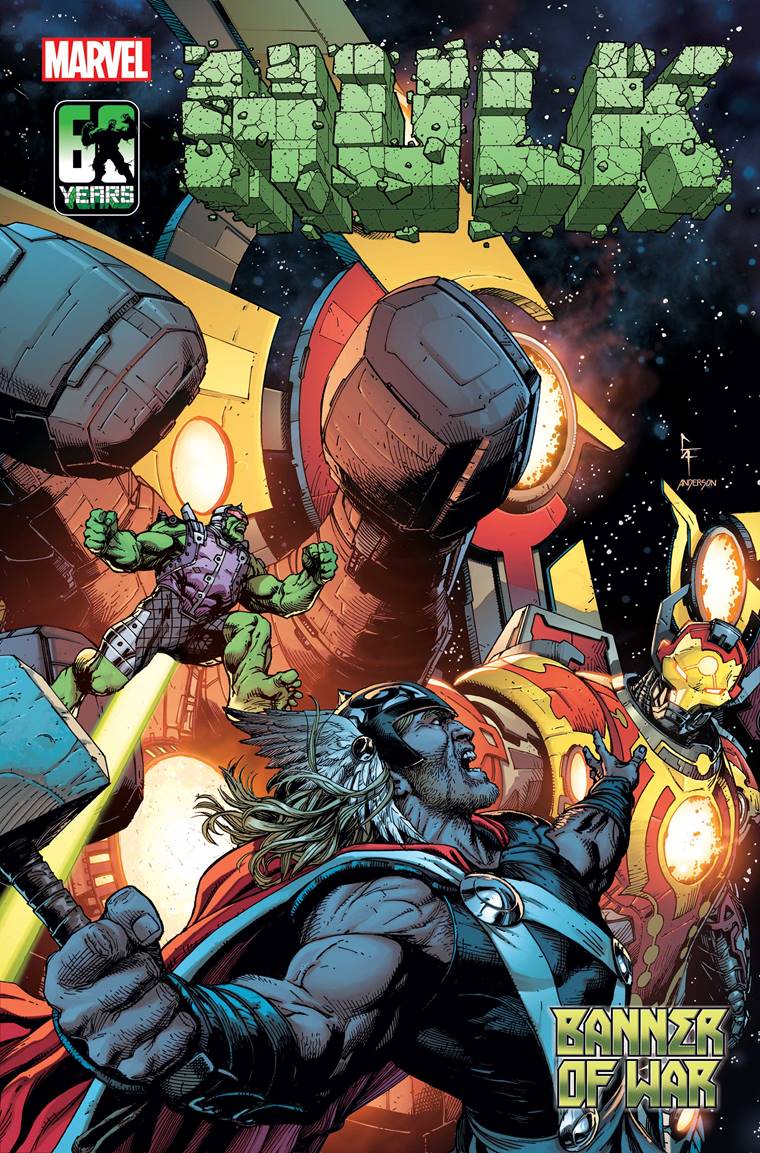 In May’s THOR #25, part two of “Banner of War,” Banner’s newfound control of his rage is prolonging the fight more than Thor expected, and with Banner holding his own, Thor must get creative. Odin’s breakthrough look into Banner’s psyche seems to slow the violence, but will it be enough?

Later that month in HULK #7, part three of “Banner of War,” Iron Man interrupts a pivotal moment of Hulk and Thor’s battle to settle a score. Equipped with new “Celestial Hulkbuster” armor of his own design, Tony is convinced that he can ensure Thor’s victory and Hulk’s capture. But sometimes what you don’t know really can hurt you…

Check out some of May’s covers now, including a stunning connecting pair by artist Chrissie Zullo, and witness the fight that will smash the Marvel Universe at its core when HULK VS. THOR: BANNER OF WAR ALPHA #1 arrives on April 27! For more information, visit Marvel.com.