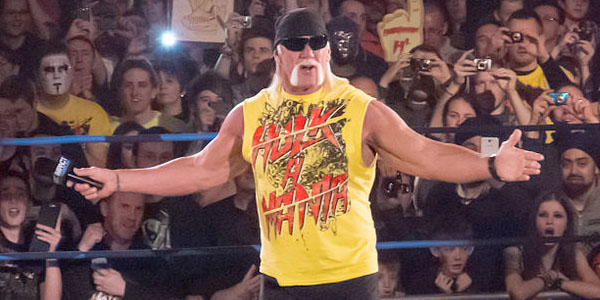 25th February, 2014 – WWE Hall of Famer Hulk Hogan has returned to WWE (NYSE:WWE) and will host WrestleMania® 30 on Sunday, April 6 at the Mercedes-Benz Superdome in New Orleans. Hogan will make his long-awaited return to WWE this Tuesday on Raw®, which airs live at 12 pm on Fox 8.

A larger-than-life icon, Hogan is one of the biggest names in WWE history. On January 23, 1984, “Hulkamania” was officially born when he defeated The Iron Sheik to become WWE Champion at Madison Square Garden. He headlined WrestleMania III, where he successfully defended the WWE Championship against Andre The Giant in front of a record 93,173 fans at the Pontiac Silverdome. Hogan went on to win six WWE Championships, starred in movies, television shows and became an idol to a vast legion of fans he dubbed “Hulkamaniacs.” Hogan was inducted into the WWE Hall of Fame in 2005 by Hollywood legend Sylvester Stallone. His last WWE appearance was in December 2007, where he appeared at the 15th anniversary of Monday Night Raw.

“We are thrilled that Hulk Hogan has returned home to WWE,” said WWE Chairman & CEO Vince McMahon. “It’s fitting to have him help us celebrate 30 years of WrestleMania and usher in a new era with the launch of WWE Network.”

“Words cannot express how excited I am to be back in the WWE family,” said Hulk Hogan. “I only have one question for the WWE Universe: whatcha gonna do when Hulkamania runs wild as the host of WrestleMania 30?”

WrestleMania 30 takes place on Sunday, April 6 from Mercedes-Benz Superdome in New Orleans. Tickets are currently available through www.ticketmaster.com or by calling 1-800-745-3000. All tickets are subject to service charges and facility fees. The event will be broadcast live on WWE Network. For more information on how to get WWE Network click here. WrestleMania 30 will also be available on pay-per-view. Check with your cable, satellite or telco provider for availability.