Summary: Hue is a simple yet satisfying 2D puzzle platform with a unique colour-switching mechanic.

Hue is one of those rare games that is betrayed by its screenshots and trailers. If you watch just a few seconds of Hue’s gameplay in a video, you’ll see almost every gameplay mechanic the game has to offer. Which may lead some people to thinking that Hue is too simple, and not worth their time. That’s why I’m here to tell you that despite its simple premise, Hue is a challenging and satisfying puzzle platformer that should not be taken for granted. 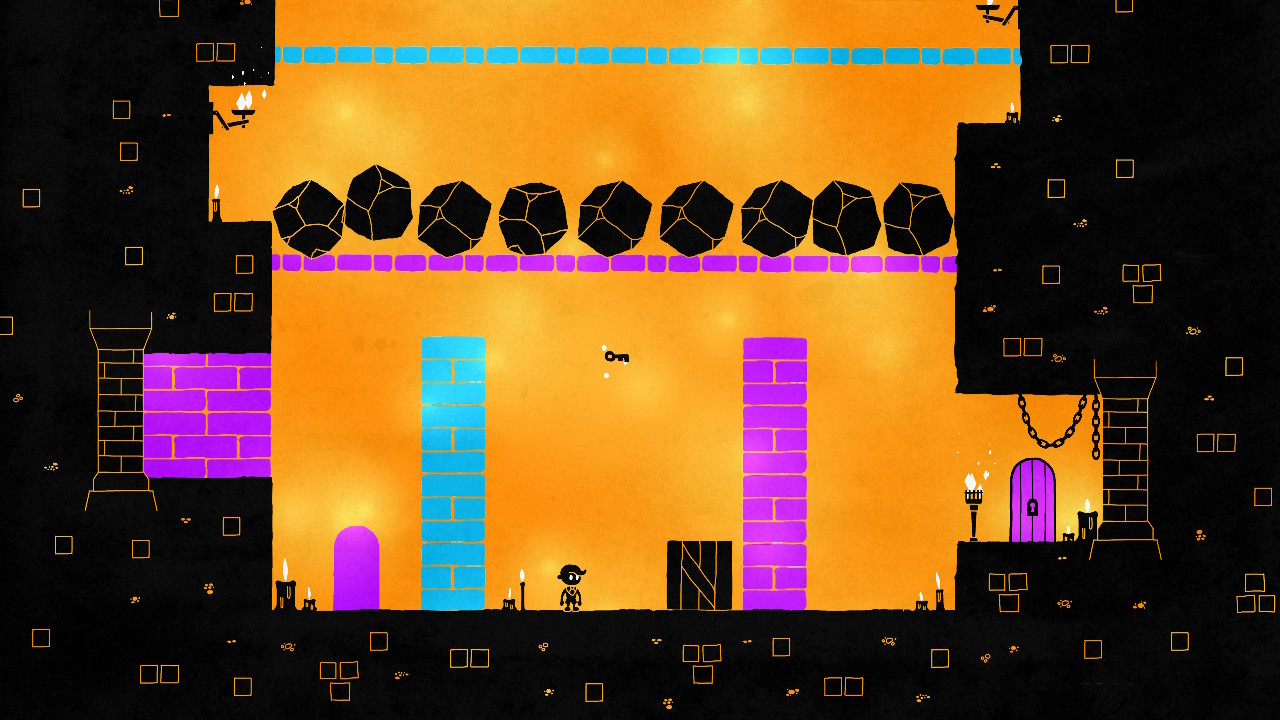 At the heart of it, Hue is a very traditional 2D puzzle platformer. The entire gameplay loop simply revolves entering a room and solving a puzzle to reach the exit. You’ll be doing all the usual 2D puzzle platformer actions to complete these challenges, such as jumping on platforms, pushing boxes and pressing switches – but there’s one special mechanic that makes Hue unique. 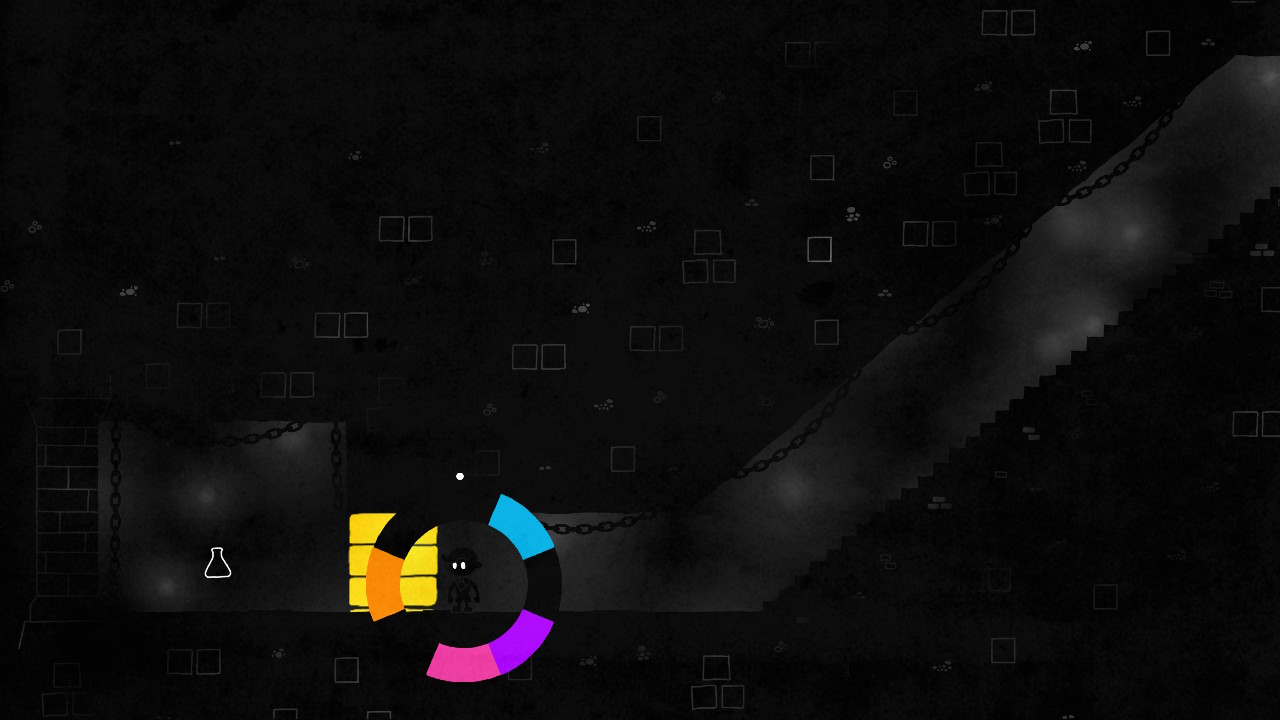 The titular hero, Hue (your character) is able to change the background colour of the world with a flick of the right stick. This will cause objects of that colour to blend into the background and erase them from existence. For example, if there’s a blue wall blocking you from reaching the exit, changing the background colour to Blue will remove the wall and allow you to pass. The same rules apply to blue hazards, platforms and switches too. It’s a deceptively simple system and there’s an impressive amount of creativity that has gone into the level design to make the game both challenging and satisfying. 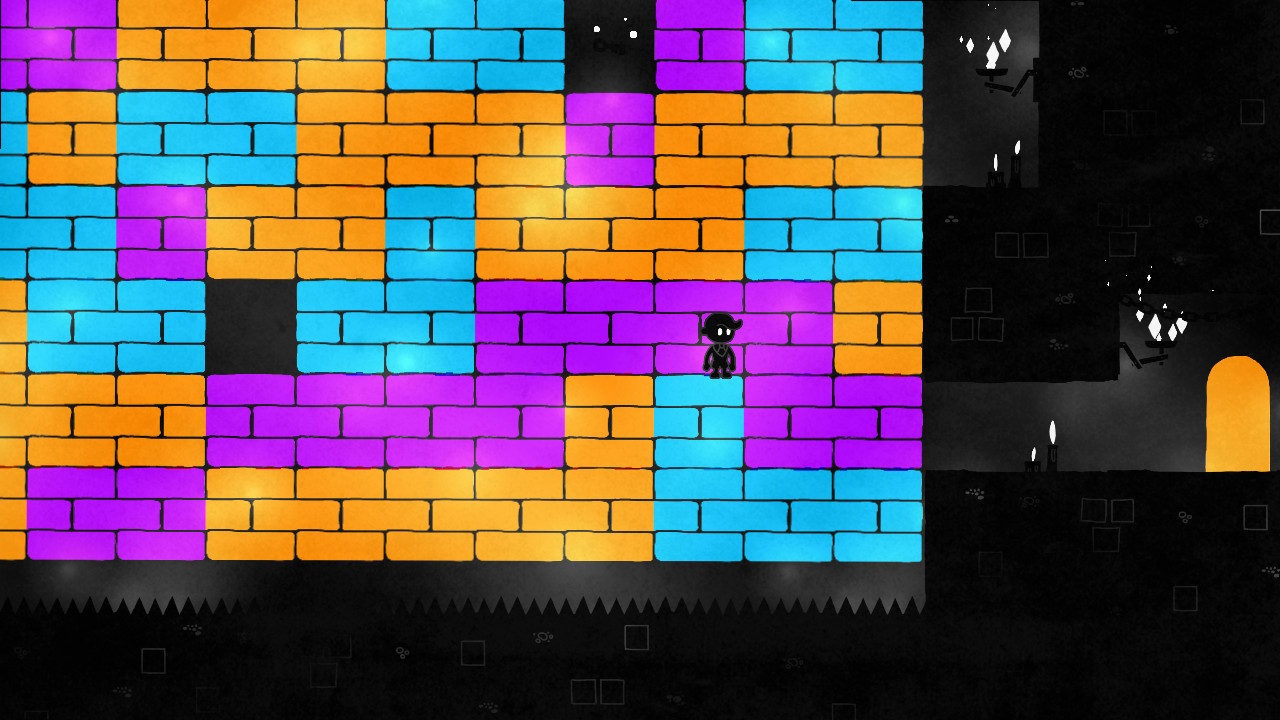 The progression in Hue is entwined with a story about your character searching for their mother who has gone missing. The story is almost entirely unrelated to the puzzle platforming gameplay and is told through audio logs that are delivered whenever you unlock a new colour piece for your colour wheel toolkit. The audio recordings are touching, intimate and the voice acting is done well, but the overall narrative feels too far separated to the puzzle-platforming gameplay and it just feels unnecessary. 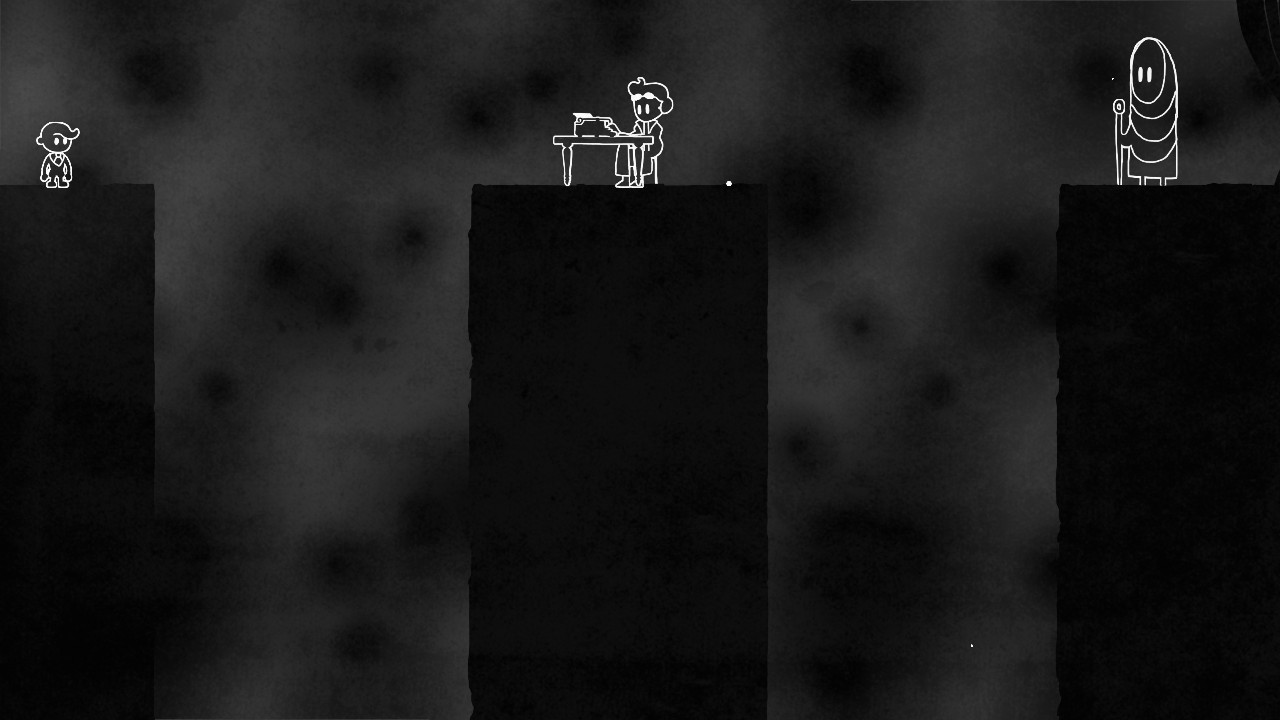 Much like the gameplay, Hue’s graphics may seem rudimentary in screenshots or snippets of gameplay footage, but there’s a certain elegant simplicity to the contrasting visuals and smooth animations that makes Hue a real joy to play. The visuals are reminiscent of the old Game & Watch devices with their stark colours and patterned vignettes that look absolutely fantastic with the bright colours of the background filtering through. The game also runs at a super smooth 60FPS, which makes the animations of the level features and main character look terrific. 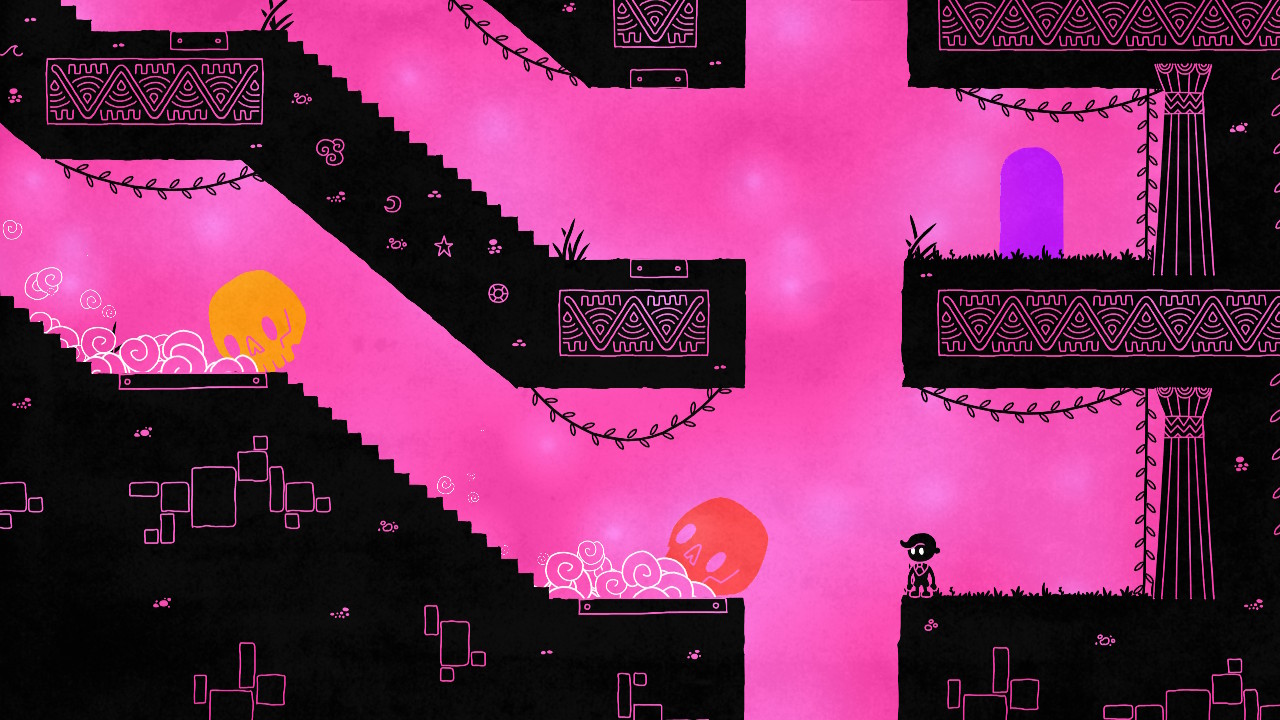 Hue also features a fantastic minimalist piano soundtrack that plays throughout the adventure. From the visuals and gameplay alone, I was expecting more of a crunchy chip tune soundtrack and was taken aback by the soft, emotional piano pieces. But the music pairs well with the puzzle gameplay and is particularly calming during some of the more frustrating logic puzzles. 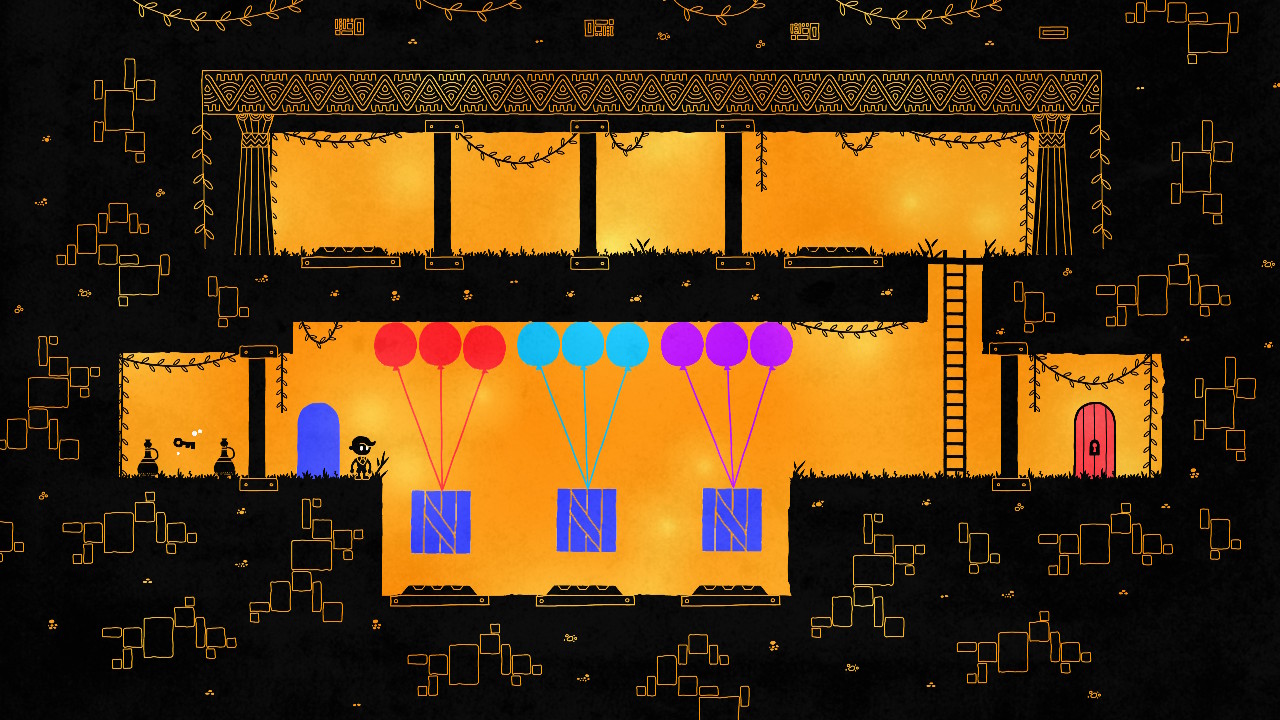 Despite its limited mechanics and traditional gameplay, Hue is a challenging 2D puzzle platformer with some impressive ideas. The surprising level of creativity on display in the puzzle design and the game’s interesting visuals make it an enjoyable four to five hour experience, but don’t expect any surprises. 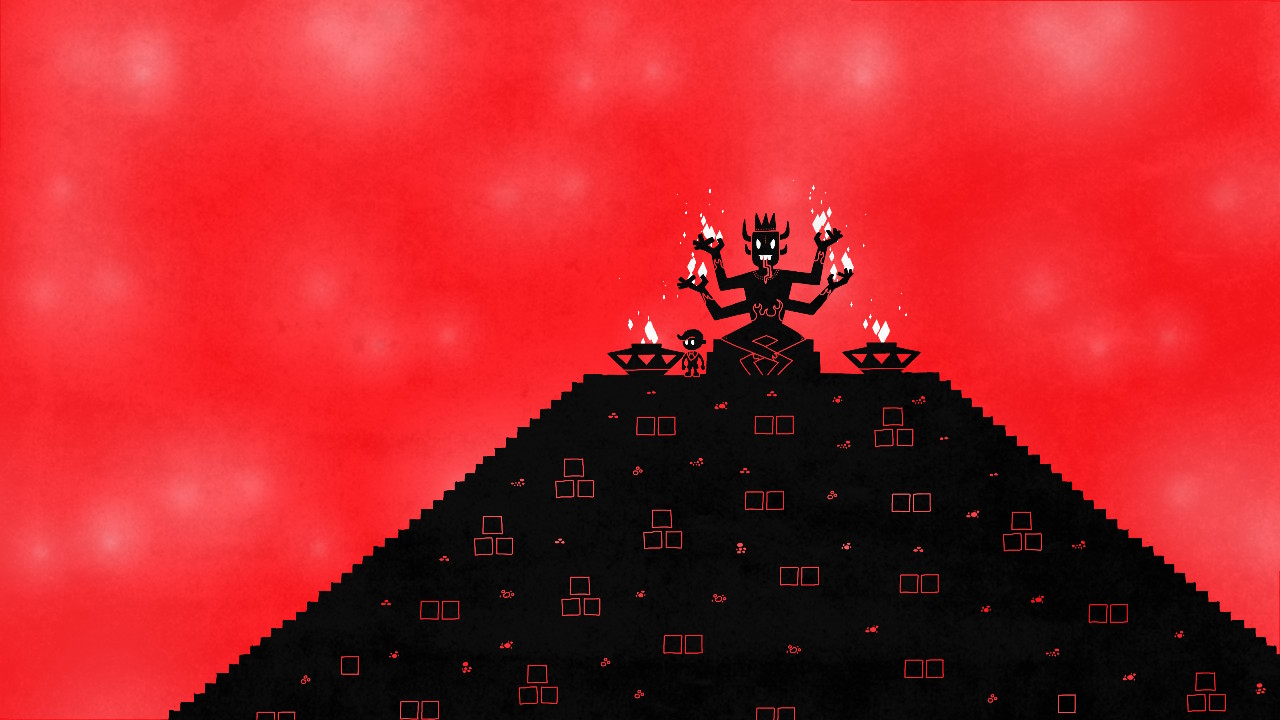 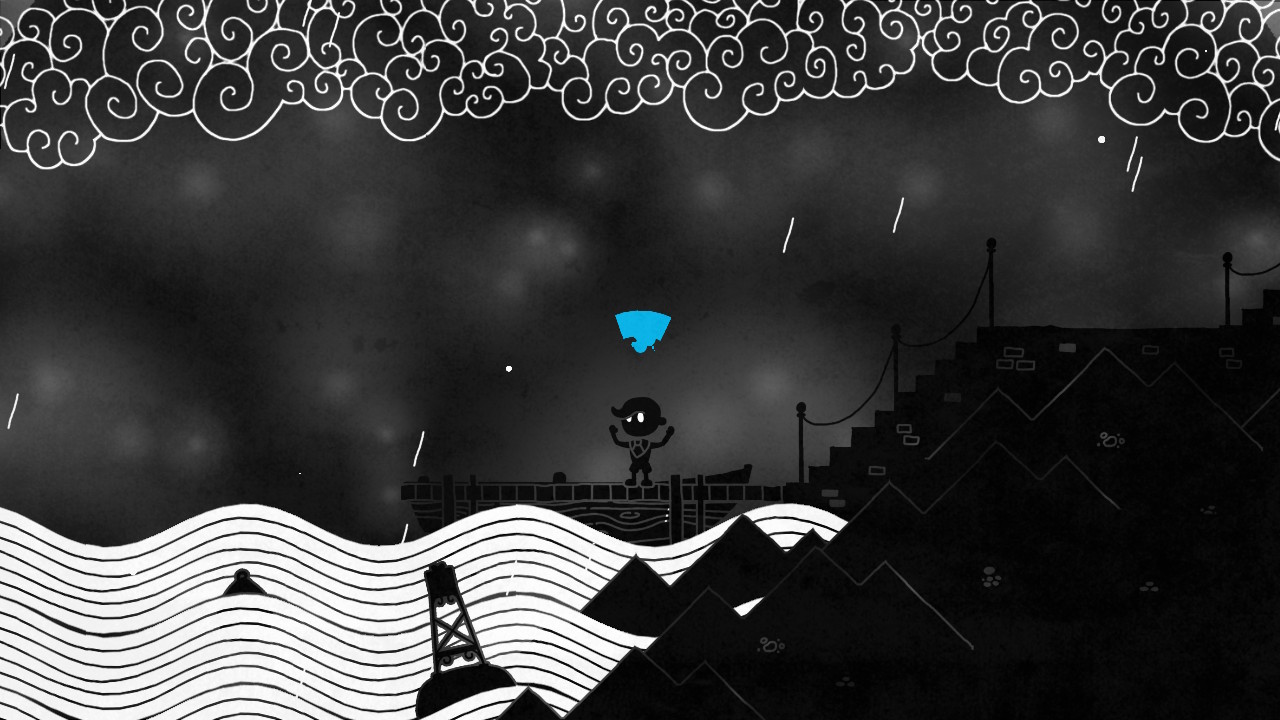