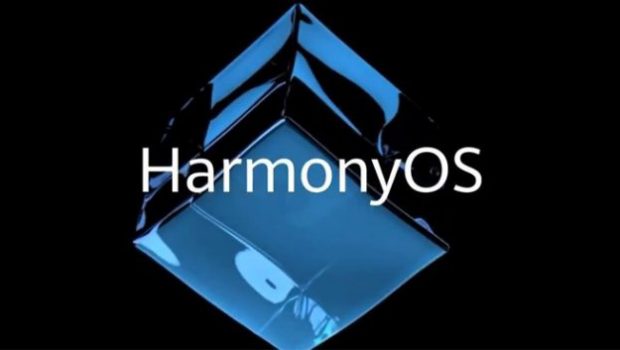 At Huawei’s Songshan Lake Base in Dongguan, China, the Huawei Developer Conference (HDC) took place over the weekend (9-11 August).

During the three-day event, 600 technical experts from Huawei, met with nearly 6,000 worldwide developers and partners to discuss the latest key distributed technologies and global ecosystem development under the theme of “Rethink Possibilities”.

The aim of the event was to explore a future-oriented smart ecosystem based on all-scenarios intelligence that delivers the ultimate experience to every user.

In 2010, while still a newbie in the handset market, Huawei shipped three million mobile phones. However, eight years on, the number has increased by 68 times, making the brand the number two mobile manufacturer globally and number three in Australia.

Huawei’s Australian market share for smart-mobile phones has more than doubled (+167%) since April 2018 – April 2019, increasing from 3% to 8%, according to Growth from Knowledge (GfK). The P30 Series played a significant role, with the flagship’s volume of sales hitting 10 million globally just 85 days after its launch, 62 days less than the P20 Series.

However, this surge isn’t just exclusive to handsets, and shipments of Huawei tablets, PCs and wearable devices have also witnessed rapid growth, causing the business to span across 170 countries and 530 million users. Today, the Huawei HiAI open platform has more than 2,500 partners and over 140 million IoT devices worldwide support HiLink protocols. Huawei has grown into an industry giant and has developed preliminary capabilities necessary to build a smart ecosystem.

To demonstrate its software strength, Huawei showcased the new micro kernel-based distributed OS for all scenarios at this year’s HDC, HarmonyOS. This groundbreaking OS technology marks the dawn of the intelligent era in ‘Internet of Everything’. It provides developers with efficient development tools that support one-time development for multi-device deployment, ensuring ultimate experience of all-scenario intelligence.

“The HarmonyOS connects everything and opens up a trillion-dollar market. HarmonyOS is not just for today and tomorrow, it is the catalyst for all technology in the future,” said Yu Chengdong, CEO of Huawei’s Consumer Business. “Huawei is dedicated to innovating our underlying technologies, including chips and OS, and tackling common pain points, all with the goal of helping our customers and developers.”

HarmonyOS is an open-source OS, and Huawei has plans to fully open its Huawei Mobile Services (HMS) to global developers, allowing them to quickly access the HMS ecosystem for resource sharing.

HarmonyOS Ushers in the Future

HarmonyOS will first deploy on intelligent terminals such as the HUAWEI Vision, vehicle terminals, and wearables. In the future, more intelligent devices will run on the open-source HarmonyOS. The Android-based EMUI10 is designed for Huawei smartphones and tablets.

To meet the new requirements on the OS in the all-scenario intelligent era of ‘Internet of Everything’ (IoE), the HarmonyOS decouples hardware capabilities from terminals and uses distributed software buses to connect different terminals. This enables applications to easily invoke seamless, collaborative peripheral hardware capabilities across terminals. In addition, HarmonyOS is equipped with an integrated development tool (IDE) for multi-terminal development. The IDE enables developers to implement one-time development for multiple terminals, thereby allowing for cross-terminal ecosystem sharing. Leveraging the deterministic latency engine and high-performance interprocess communication (IPC), HarmonyOS solves the problem of insufficient system performance. A micro-kernel architecture and a formal method are used to make a terminal device more reliable and secure.

The distributed EMUI10 technology enables all-scenario life experience thanks to the intelligent multi-device collaboration, a process similar to using a super virtual device. Furthermore, application developers do not need to face the hardware diversification and complexity, and simply need to develop one application that can be run on all terminals. The deterministic latency engine prevents Android systems from freezing caused by disordered resource contention between tasks at all levels, ensuring stable and smooth interactive experience. The human factor-based UX design presents a beautiful interface beyond words.

Open HMS for a New Ecosystem

As the core of Huawei’s terminal mobile application services, HMS can help developers focus on innovation and implement one-point access and intelligent global distribution for all terminals in all scenarios. At the conference, Huawei announced that it will open 14 types of HMS Core capabilities, 51 services, and 885 APIs to developers worldwide, in hopes of building an intelligent ecosystem for all scenarios. Currently, there are more than 43,000 applications connected to HMS Core.

In September, Huawei will launch fast applications globally. The mature fast application standards in China will be open to global developers for a quick, interactive, click-to-run experience without installation. 5000+ services have been offered on the HUAWEI Ability Gallery in the Chinese market. In December, the HUAWEI Ability Gallery will go live globally, realizing global atomised and intelligent distribution of fast services.

Huawei has also launched the App Gallery Connect service globally, helping developers conduct efficient operations throughout the entire process of creativity, development, distribution, operations, and analysis. In addition, Huawei has upgraded its “Shining Star” program by raising the incentives from CNY1 billion to US$1 billion, expanding the program from China to global developers. Huawei is dedicated to working with industry-leading partners to establish incentive alliances in order to drive and support global developers in innovation.

LiteOS is a bridge between IoT hardware and applications. Maple JS, the unique lightweight IoT device-side development and programming framework, has basically the same level of operating performance as that of the C programming language, enabling developers to quickly develop apps without being proficient in embedded apps. The combination of HiSilicon chips including LiteOS, Gigahome and Honghu will provide developers with underlying technology optimisation for device intelligence.

“We will build ecosystems and attract partners,” said Yu Chengdong, “What we announced and demonstrated at this year’s Huawei Developer Conference will lay a solid foundation for executing our all-scenario intelligent life strategy in the next five to 10 years.”