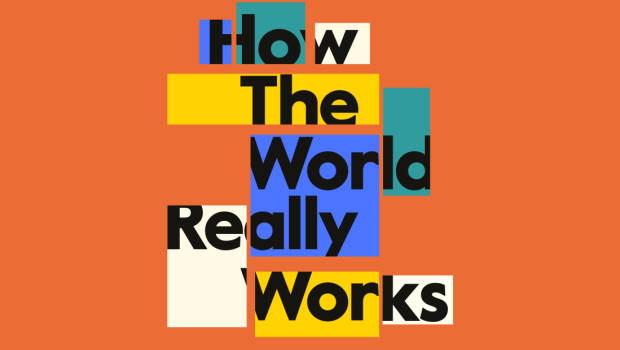 Summary: A highly regarded academics long winded, repetitive rant about how the issue of climate change has been presented to the general public.

I will start this review by saying my reading may be skewed by my own beliefs and understandings. I, like my father, am a pseudo hippy, I am also very opinionated and a world class grump. Part of the lure for me to read this book was the marketing line that reads “ultimately Smil answers the most profound question of our age: are we irrevocably doomed or is a brighter utopia ahead?” and I will say… full spoilers here… he does not answer that question in the slightest! But let’s leave that aside for the moment (as marketing is not exactly the authors fault.)

The books cover is replete with vibrant colours and a “funky, trendy” design aesthetic to draw the reader. Clearly intended to grab attention, the cover would imply perhaps a bit of light reading or an enjoyable read… neither of which are the case here. If you have a head for figures and like numbers and statistics… you may enjoy this book more than others… or, you may find issue with it (more on that later).

Vaclav clearly has issues with the current way in which anthropogenic climate change (also popularly known as Global Warming) is presented in the media and to some extent I don’t disagree here… but the way it is written makes it sound as if a propensity towards hyperbole is a new thing in the world of “news” (newspapers were using “bold” headlines as early as the very late 1800’s). Vaclav does (at least at one point) note that the use of hyperbole could simply be a method to draw people to action… but then quickly goes back to simply seemingly chastising all and sundry who report on anything to do with climate change. Hold on to that notion of people using blown out language to make their point… it is arguably relevant here.

The book is divided into chapters  covering key elements of “how the world really works” chapter 1 perhaps unsurprisingly covers energy, we then continue to food production. We are then educated on the “four pillars of modern civilization” before learning about globalization. Risk assessment is the next in Smil’s syllabus before understanding the environment and finally understanding the future. It doesn’t take long to “feel” Vaclav’s vitriol towards people who report or even simply speak about climate change and related fields labeling them catastrophists and cultists. Most of the chapters, certainly to me at least, feel like they go over the same information ad nauseum. Given Vaclav’s academic history I might assume that this comes about from the desire to make a point clear (I do have recollections of writing academic papers and using at least a few similar examples to make a point)… but the amount of repetition just makes reading it feel incredibly sluggish.

I’m going to move past the first few chapters here (partly because I don’t have the time or space to go over everything but also because despite my issues with them, they do make some reasonable points). I want to focus on the chapter “Understanding Risks”. Now I will quickly say, before I continue, that I have a strong dislike of statistics… not strictly statistics themselves as they are simply numbers… but how they are frequently used (or more accurately misused). This chapter again is full of the same point being made over and over which made it a tough slog to begin with, if you imagine the scene in Fight Club in which Edward Norton’s character explains the equation to determine product recalls… it’s like that… but boring. It also somewhat shows one of the big issues with statistics… you can boil down pretty much anything to a few numbers… but often in doing so you leave out important variables that have a big impact on the results. This fact is relevant to some points Vaclav makes later in the book about Covid19 and how it affected different nations. In pointing out that some of the nations with the best healthcare eg the United States of America had some of the highest fatalities due to Covid19 he never once mentions the political climate of that country at the time, he doesn’t mention the build up of mistrust in authority figures or opportunistic antagonists stoking scepticism in vaccines and even the severity of the illness itself. These are key elements in why the mortality rates were so high… yet Vaclav didn’t feel they were worth a mention.

Finally we get to the last chapter and that lack of discussing in any real depth the impact politics (or a deeper sense of the economics involved) has on the potential to move towards a net zero carbon future by 2050 is frustrating to say the least. Oh sure Vaclav points out that there have been meetings of political leaders in which they travel via air many kilometers (polluting all the way) only to come away with no specific agreements for how to tackle the issues… but he doesn’t talk about the fact that with an absence of national leadership, plenty of state and in some cases smaller councils are taking it upon themselves to move towards a greener future. The whole book feels very much like Vaclav wants to throw the baby out with the bath water… he has decided (whether backed by “his figures” or not) that reaching net zero carbon by 2050 is not even remotely possible… so let’s not try as hard as we say we want to… let’s go for milder approaches and trickle our way there. Oh and that spoiler from the start… yeah, the last few words of the book basically say: hey we can’t know what’s going to happen… we can know what has come, what is… but that’s about it… could be some “near-miraculous advances” but who knows. That “near-miraculous advances” is actually the term he uses too… which seems ironic or perhaps contradictory given that he seemed to spend the majority of the book saying there was no way we could possibly figure out a way to reduce carbon usage sufficiently by 2050 to achieve our goals.

I do not recommend this book at all. I found myself getting angry at the way it was written… the repetitive nature of it, the statistics that reduced everything to a few numbers and potentially left out critical elements and overall the smugness of Vaclav (possibly my interpretation but that’s how I read it). I don’t think the hyperbole is accurate but I also don’t think there’s anything wrong with aiming high and trying to achieve something that seems impossible because if you don’t even try then you don’t get anywhere. The all too often used excuse of “well they aren’t doing it so we won’t either” that he seems to use doesn’t help anything either, many small changes can add up to a great change and it all has to start somewhere.