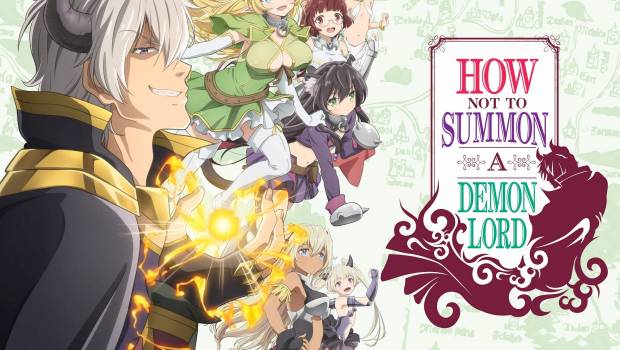 Summary: A story of fanservice in a new world anime with actual growth of character. Who'd have thought?

How Not to Summon a Demon Lord, the name says it all. Another, Isekai (different world) anime, is about a shut in nerd named Takuma Sakamoto. He plays an insanely overpowered Demon in the series MMORPG called Cross Reverie, he uses his abilities to toy with any player foolish enough to confront him. This belies his true nature, a socially awkward, jobless nerd with a troubled history.

Defeating the hopeless challengers by day, Takuma cares only about this virtual life he lives. Until one day, he’s suddenly transported to the world inside the game, where he takes on the role of his character Diablo himself! Greeted by Rem Galeu, a petite Pantherian (catgirl) and Shera Greenwood, a chesty Elf summoner.

The two attempt to bind Diablo with an enslavement ritual, but the spell backfires as a result of Diablo’s equipement. The spell instead enslaves the two girls to him. Adding to the awkwardness is Takuma’s social anxiety, he’s forced to don the persona he steps into the role of the Demon Lord and agrees to find a way to revert the spell whilst adjusting to his new life inside the game. 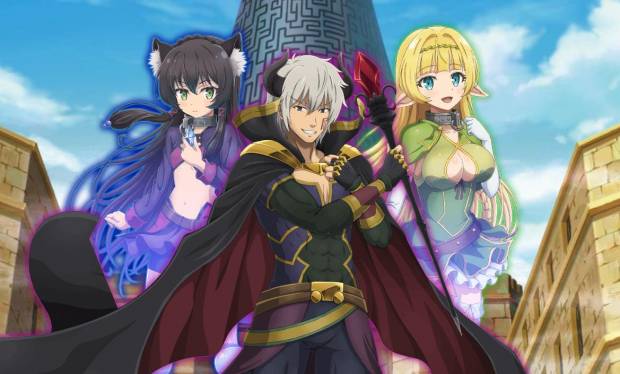 The series is an interesting one. There are so many like it now it’s hard to distinguish them apart sometimes. Demon Lord, differs in a few ways that gives it a refreshing take on the genre. I’ll pre warn you now before you read any further. If you’re someone who doesn’t like fanservice then read no further and go about your business elsewhere. The series is full of it and I don’t recommend it for the innocent minded. That said, let’s dive in.

How Not to Summon a Demon Lord, starts off in the home of Takuma Sakamoto. A shut in gamer with absolutely zero social skills. He spends his days locked up in his room playing the big bad Diablo, his custom character in the MMORPG Cross Reverie, a fantasy online game. In the game he does naught but sit around waiting for foolish weaklings to challenge him, becoming something akin to a boss creature of a dungeon.

Suddenly, he’s sucked into the game. When he awakens he’s in the body of the very demon lord he’d been controlling moments earlier. When moments later he’s greeting by two beautiful girls, a Pantherian and an Elf. They attempt to use an enslavement spell but it’s reflected by a ring he’d gotten by defeating a boss in a dungeon event. Instead enslaving the two girls. 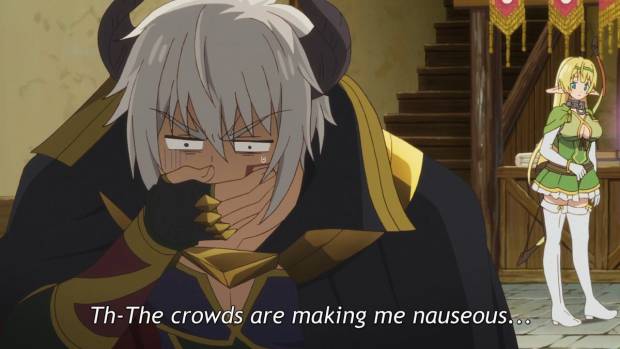 Diablo is the star of the show, he differs from your typical isekai protagonist and you really get a sense of growth from his character.

Not knowing how to react, especially in front of women, Takuma dons the personality he’d given Diablo and acts like a true antagonistic demon. Reluctantly agreeing to help the two women in finding a why to remove the bindings. As the story progresses and relationships are forged. Takuma is forced into social situations he’s never been in, this forces him to adapt and confront his social anxiety. We find out later it was caused him discovering a number of people he’d come to trust as his friends, were really just using him for his talents, or being around him out of pitty. The is a real depth to a number of the characters in the series that you can only find by watching at least halfway into the show.

The series starts as a slow burn, fanservice heavy, comedy. This works for a time, but can very easily appear stale to some and will even push the boundaries of many. When the series starts getting a little darker, dealing with demon lords, betrayals, sinister plots and even death, the characters really show their growth. Shera goes from ditsy, unintelligent, attractive, busty blonde princess, to standing on her own two feet, desiring her own path and finding true friendship.

Rem starts out shy, fearful and reluctant to trust for fear of abandonment, to allowing herself to trust, lean and rely on friendship. Takuma your typical anxious dork, is forced to push through his social anxiety and trust issues and eventually let’s his guard drop and earning something worth protecting. His internal conflict with learning how to not be the demon lord persona all the time because it’s all he knows, is all throughout and it makes his eventual growth all the better. 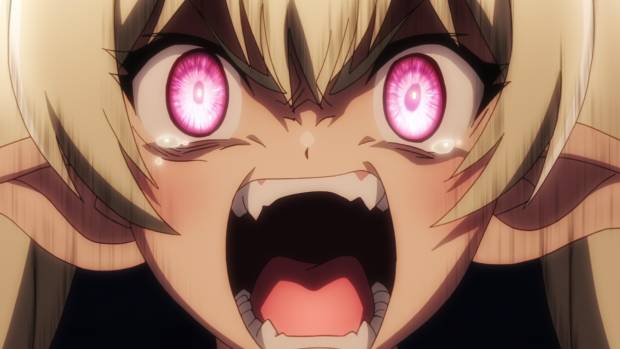 Visuals are really good, they’re simple but effective. How Not to Summon a Demon Lord likes to play around with simple textures for comedic scenes whilst saving the more detailed textures for the serious moments in the series. The background art is top notch and animation is smooth. Personally there’s not enough fight scenes for me, however the few in the series are done really well.

Character art is pretty too, if not a bit cliche within the Isekai genre. The art for Diablo is really the standout for me, his internal struggles really come through in his character. His face grimaces when he tries to smile, contorts when he utilises the persona of Diablo and alter on genuinely manages to crack an honest smile as his character develops. It’s very much his show, how he grows as he solves his compatriots’ problems and the art team really did a good job bringing that to the screen.

The support cast aren’t no slouch either, of course they’re mostly women, but definitely some talented artists on board. Gregor for one, is an interesting character, a kind of big hulking behemoth. He isn’t given much screentime but definitely cuts a striking figure, kinda reminds me of an Awakened Being in the Claymore series. Emile is your typical blonde haired, gentleman and connoisseur of women. The episode with him staring down the bulky Gregor and taking some hits for the ladies, is really cool too.

Audio on the other hand, might be one of the two areas the series loses some points. Voice actors win some points back with some solid performances but other audio comes up short. Openings and endings are rather bland additions. Insert music is incredibly lacking and in some cases completely non-existent. For a fantasy series, this should have been a major focus, as many will know having the right insert music or not can make or break a series.

Sound effects too, weren’t safe from the cutting floor. Many of the combat sounds were quite generic, explosions, casting, spell effects, the clatter of iron, the whirl of wind. All of these could be mistaken for sounds recycled from any number similar series. Little to naught sounds authentic. There’s a distinct lack of ambient audio too. No birds in trees, no background chatter in the streets, barely a hint of the clatter of shoes on stone paths.

As a result the series seems a little devoid of liveliness at times. Moments of combat should have intense battle music, without it, these scenes remain gorgeous to look at, but lacking in spirit. Likewise moments of comedy and seriousness struggle to make impacts. 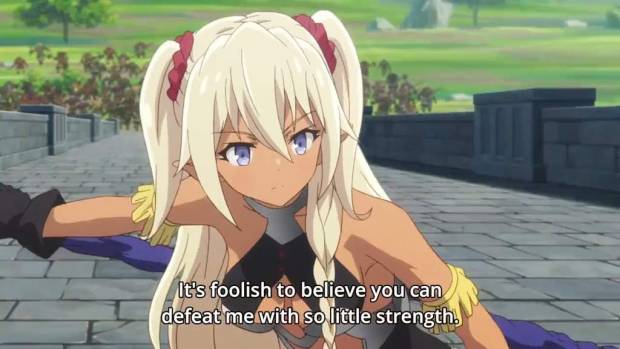 In conclusion How Not to Summon a Demon Lord is probably a little underrated. But it’s in a difficult position of being too much and not enough at the same time. Too adult for just anyone to watch, but lacking in some key areas to keep you entertained. What is there is great, the story has more direction than a normal isekai series. It’s simple enough in it’s production to appreciate the humour, if a little repetitive. The characters have some actual growth, if a little cliche, keeping them from getting stale.

As usual the only bonus features being that of textless openings and endings. There are the additions of episode one and eleven commentary, which is a nice.

I don’t think the series is worth it’s price however, though Madman have never been a cheap option for anime. It’s a hard sell, on the one hand, if you can handle the over abundance of fan service and the price tag. I genuinely recommend it, even with its flaws. But I’d also recommend away from it if you’re not able to handle it, or expect a top quality series from a genre like isekai. 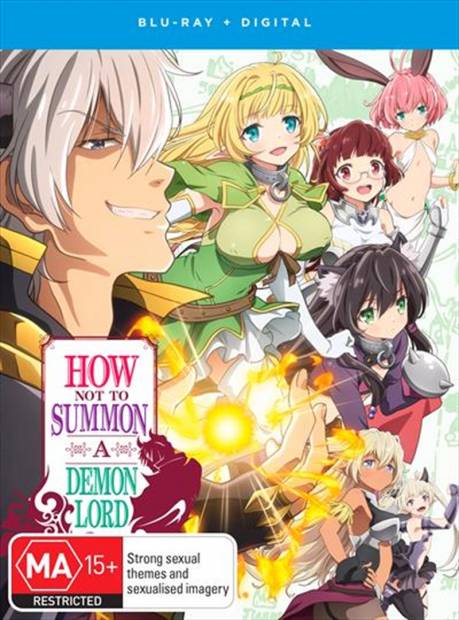